‘Unsolved mysteries’: Netflix pulls house of nostalgia by the window with a reboot of the legendary series documentary

‘Unsolved mysteries’: Netflix pulls house of nostalgia by the window with a reboot of the legendary series documentary
Thanks to the arrival of new platforms the classic series 'unsolved Mysteries', presented by Robert Stack, expe...

Thanks to the arrival of new platforms the classic series ‘unsolved Mysteries‘, presented by Robert Stack, experienced a renaissance with their replacements last year, and at that time, the creators John Cosgrove and Terry Dunn Meurer thought that perhaps it would be a good time to resurrect the series.

► ‘Avengers: Endgame’ is already shattering box office records with $ 107 million in its first day in China 'Avengers: Endgame' already breaking reco...
► GAME updates its campaign for LEGO Marvel Avengers reserves with new incentives A new gift and a DLC for its customers. GA...
► Manuel Bartual has the keys of ‘Street Cloverfield 10’ in the new installment of the podcast ‘What happened then’? Manuel Bartual, writer, cartoonist and ...

“We have been talking with a couple of platforms that have shown interest, and we are very optimistic to have new episodes for the future,” said Cosgrove with the fever of 2017. “Our producers have investigated potential stories and have found some excellent ones that they might be ready to start very soon.”

Now confirm the buzz: Netflix will be the home of the reboot of ‘unsolved Mysteries’ and it seems that they are already starting the pre-production of new episodes for Netflix for the next month. The series features production 21 Laps Entertainment, producer of ‘Stranger Things’, the property of Shawn Levy, which also appears credited as a producer. 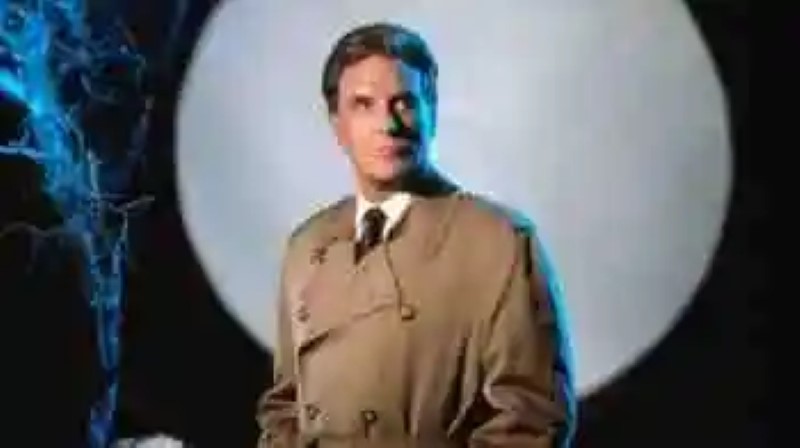 The new series will consist of 12 episodes and will use re-enactments in documentary format to present mysteries in real crimes and unsolved cases related to missing persons and paranormal events unexplained. Each episode will focus on a mystery. In the original series, different actors played the victims, criminals and witnesses, but the members of the family and the police were interviewed regularly. After the revival of the series in 2008, presented then by Dennis Farina, so now it remains to know who will be the new master of ceremonies.

Trailer for 'Lorraine', the promising documentary series by Jordan Peele on the case of Lorena Bobbitt

–
The news ‘unsolved Mysteries’: Netflix pulls house of nostalgia by the window with a reboot of the legendary series documentary was originally published in Espinof by Kiko Vega.

The terror of The Blackout Club arrives on the 30th of July to PC and consoles
The game from the creators of BioShock and Dishonored already has official...
A Spanish photographer captures the passing of the comet Neowise in a sky full of satellites of Starlink
The comet Neowise has been for the last few weeks the protagonist spaceof ...
Apple will organize a session in the Conference Game Developers this year
Apple will be hosting a session at the Game Developers Conference this yea...
‘The best of the 80’s comes to Let’s Sing 2017 and Let’s Sing 9
A selection of songs eighties for the title.The users of the Xbox One and ...
Bibliography ►
Phoneia.com (January 19, 2019). ‘Unsolved mysteries’: Netflix pulls house of nostalgia by the window with a reboot of the legendary series documentary. Recovered from https://phoneia.com/en/unsolved-mysteries-netflix-pulls-house-of-nostalgia-by-the-window-with-a-reboot-of-the-legendary-series-documentary/

This article was published by Phoneia, originally published in English and titled "‘Unsolved mysteries’: Netflix pulls house of nostalgia by the window with a reboot of the legendary series documentary", along with 18989 other articles. It is an honor for me to have you visit me and read my other writings.
◄ THQ Nordic encourages the rumors about Darksiders III in Switch
DiRT Rally 2.0 shows the help system of the co-pilot ►