Up to six cameras for the Galaxy S10 more powerful, with 5G but limited to 2 million units 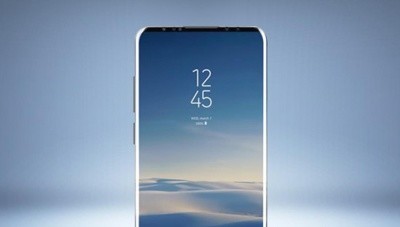 Each new piece of news emerges on the future Samsung Galaxy S10 makes us think that we will be at one of the phones most important to give birth the next year to 2019. Is not trivial, as expected phones of a lot of substance, and for Samsung it will be the tenth anniversary of its Galaxy S family, in addition to the phone which should serve to mark a turning point in its journey in the market in recent times.

The Galaxy S10 should be the jewel in the crown of Samsung for the next year, and we already know that there will be three models, one of them will be flat, and until we know your processor. But new information sheds more light on their system of cameras and on a fourth model, of course until it is confirmed, that will become a limited edition: a Galaxy S10 with 5G only to Korea and maybe to some other country.

three to six cameras and 5G, but in a limited edition

we Already knew the data that would have up to three models of the future Galaxy S10, we don’t know yet if for the reason before mentioned, being the tenth anniversary of the family, or as the start of what will be the usual in the next few years. the Galaxy S10 plane was to accompany two models with curved screen, standing below them in power and design, and making it the most affordable model of the three.

TheBell, a well-known half-Korean, the Samsung Galaxy S10 will not come in only three versions, but there will be a fourth. A with the Exynos 9820 aboard, as the other three models, but with a modem 5G stitched to the base plate additional, in the form of limited edition and destined to South Korea and some other country more, because the 5G will have little demand in the next year.

This phone, superior to all others, not only would have this 5G but also with a sensor for facial recognition-based three-dimensional in ToF, or time-of-flight, an optical system to model the face in three dimensions, and thus use our face as a footprint. Similar when you Face Apple ID but using the other system.

This Galaxy S10 would have, in addition, up to six cameras in total. Two located in the front and four located to the back.

three cameras in the S10 Lite six in the S10 5G, although with a limited edition

The Galaxy S10 ‘Lite’ and the S10’s normal they would share a dual system that would offer optical zoom, the S10 Pro would add a new sensor, extra for photographs with wide-angle, and in the position most prominent would be the Galaxy S10 5G, with the camera system already released for the Galaxy A9 2018 and include wide-angle optical zoom lens and a lens dedicated for the depth reading.

The S10 Plus, or Pro, you would know in addition to other data. As the lens main would be 12-megapixel, wide-angle 16-megapixel camera and, finally, 13-megapixel camera for the optical zoom lens. is On this zoom, Samsung could reach up to three increases, thus following the path initiated by Huawei with the P20 Pro and Matt 20 Pro. Are three months for us to see the phones presented and learn about all its features, but the oven takes months and warmed himself.

The Galaxy S10 will premiere the first fingerprint reader under the screen of Samsung, according to SamMobile

Samsung Cloud already allows you to access your files from the browser, so it works

–
The news Up to six cameras for the Galaxy S10 more powerful, with 5G but limited to 2 million units was originally published in Xataka Android by Samuel Fernandez .