Vanesa Martin plays the tune of ‘girls on the wire’, the Image of the week 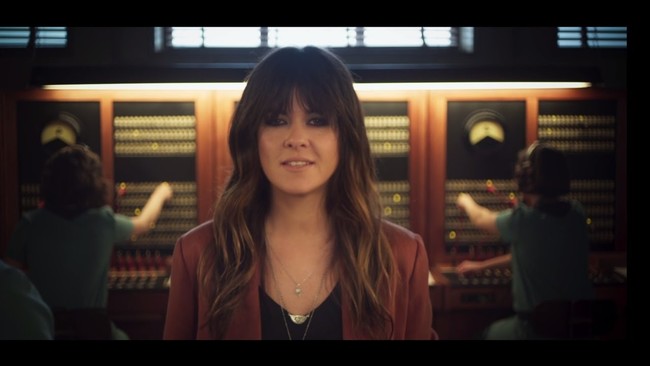 Without doubt it is one of the premieres that more expectations are created… even if it is only for being the first Spanish series produced by Netflix. The next Friday, April 28 the platform of video on demand debut in all the world ‘girls cable‘, the story of a group of girls who enters to work as telephone operators in Madrid in 1928.

For that we open the mouth of the premiere, Netflix has released the music video for the tuning of the series: will Talk about you and me, performed by the malaga Vanesa Martin. A video directed by Ramón Camps, in which we see shots of the singer mixed with images of ‘the girls on The wire’.

Our friend Noah has already been able to see the first episodes of the series and their impressions, that you can read on Xataka, are quite positive: that aroma of Bamboo that came off the trailer moves to the series, and highlights a very careful casting and a impeccable mise en scene. ‘The girls on the wire’, will be premiered next April 28 do you wish?

In Go Tele! | The picture of the week

James Franco and "twin brother" in 'The Deuce', the image of the week

The trailer for 'girls of the cable' smell "Bamboo"

The next wonder of the world could be built by a robot: these are your limits

–
The news Vanesa Martin plays the tune of ‘girls on the wire’, the Image of the week was originally published in Go Tele by Albertini .

Vanesa Martin plays the tune of ‘girls on the wire’, the Image of the week
Source: english
April 22, 2017