‘Venom’: a shameful disaster that throws away all the potential of its source material 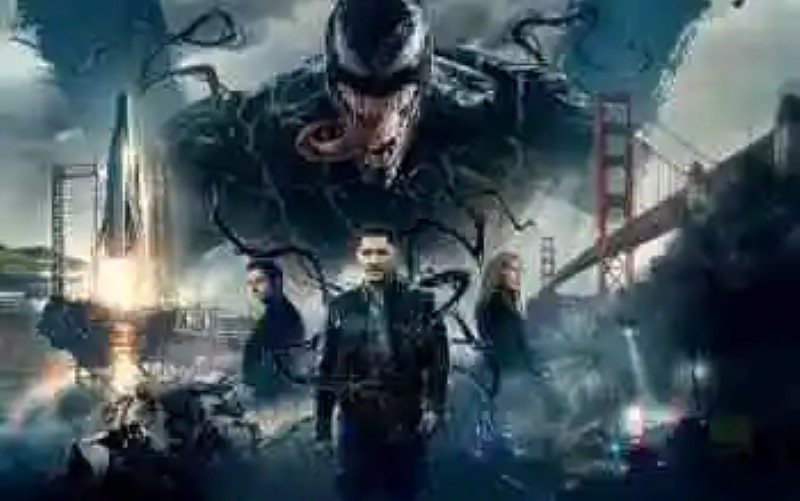 Within the rich and varied amalgam of characters, whether heroes, villains or anti-heroes —as is the one that concerns us in this case— of the vast universe that surrounds Spider-Man, the Venom is probably one of the most loved by the fandom marvelita. That is why, since David S. Goyer announced in a distant past of 1997, the intention of carry the symbiont to the big screen, the enthusiasm, and the fear of a dismal failure, have been the order of the day.

Finally, after a good string of rumors, cancellations and reactivations of the project, ‘Venom’ ended up falling in the hands of a Ruben Fleischer promised from the first moment a story adult, true to the spirit of the character, and with an age rating for over eighteen years. But these promises ended up falling on deaf ears, leading to the production in a product smoothing for the teenage public of the has renounced even his star protagonist.

Under this scenario, so there only remained one question to be done: What is ‘Venom’ the new great fiasco of the cinema of superheroes? The answer, sadly, cannot be anything other than a YES resounding; unfolding new of Fleischer as one of the worst films of between conspecifics from the terrible ‘Fantastic 4’ Josh Trank. A disgraceful and incomprehensible achievement, especially if we take into account the great films of the subgenre that we are seeing lately and which are serving as a beacon to many of the filmmakers who try to deal with it.

this way, ‘Venom’ comes into play in the infamous league tape as the ‘Catwoman’ of Pitof, the ‘the Hulk’ Ang Lee or the ‘Daredevil’ Mark Steven Johnson; examples of stories of origin that, like many others, share a large part of their infirmities with this adaptation to the big screen of the eternal character of David Michelinie and Todd McFarlane, as can be a first halves filled with overexposure and common places that get bored the most experienced in the field.

But beyond these lapses, forgivable after all not to be too serious, ‘Venom’ reaches levels of embarrassment really unexpected because of its biggest scourge: a tone, deranged, inconsistent and ridiculous that it seems to suffer from the same bipolarity that Eddie Brock, the protagonist of the film, once he has the symbiont.

This incontinence tonal, which circulates between the darkness that was originally expected of the long, and a comedy unmerciful and frightening and with no trace of a minimum intelligence, is reflected in a split in the side seem to be starring in a film radically opposed to the one that heads Tom Hardy out of place, completely uncontrolled in the worst role of his career, and comes to remember when Jim Carrey’s most eccentric end of the nineties.

In regards to your narrative, salpimentada for a few action sequences that will reaffirm the solvency of Fleischer in this type of production, ‘Venom’ condensed into a few insufficient 110 minutes of footage a tale full of inconsistencies, not a few licenses and a rhythm excessively accelerated, which transmits the feeling to be in front of a product unfinished, with a rushed climax that could be classified as a coitus interruptus.

Although the disaster is seen coming from your promotional campaign, began to filter in its first advances, ‘Venom’ doesn’t stop being a huge disappointment. And is that the last bump superheróico Sony not only had an original material perfect for offering a different tape and full of personality, but which gives us a glimpse between her sad mediocrity that its leaders were aware of a tremendous amount of potential that, go you know why, they’ve thrown in the garbage.

Confirmed: Sony sold us the bike and has anti-aliasing ‘Venom’ that the teenagers can pass by the box office

–
The news ‘Venom’: a sultry disaster that throws away all the potential of its source material was originally published in Espinof by Victor Lopez G. .

Download WordPress Themes
Free Download WordPress Themes
Download Nulled WordPress Themes
Download Nulled WordPress Themes
udemy course download free
download xiomi firmware
Download Premium WordPress Themes Free
lynda course free download
‘Venom’: a shameful disaster that throws away all the potential of its source material
DC: the Batman of Ben Affleck it would have taken us to Arkham and Darkseid confirmed in ‘New Gods’
DC wants to make sure that your new big event superheroico, 'New Gods',...
Umi Max, a giant 6-inch screen approaches
Umi is a manufacturer that, even without an excessive presence in th...
Beispiel Aktionsplan Panorama beruflichen Risikofaktoren
Das Folgende ist ein Beispiel dafür, was wäre ein Aktionsplan orientier...
The nostalgia around ‘Oliver and Benji’ is reactive with the trailer of the video game
The children and the (good) old times are associated to the cartoon that w...

phoneia.com (October 3, 2018). ‘Venom’: a shameful disaster that throws away all the potential of its source material. Bogotá: E-Cultura Group. Recovered from https://phoneia.com/en/venom-a-shameful-disaster-that-throws-away-all-the-potential-of-its-source-material/