Dinamic founder and FX Interactive want develop more games.
Victor Ruiz is one of the biggest names in Spanish videogame. Founder of Dinamic Multimedia and FX Interactive, received the award for GameLab career. And continues to feel the urgency of developing video games. He is currently Director of Interactive Development at FX, but as such it can not launch new titles at the pace you want.
His interest has led him to embark on a new path now joins occupations that already had Lakento with creating a company dedicated to mobile phones and accessories that appeared yesterday in RetroMadrid.
The name of the company, said Ruiz, comes from the term “lakento” you use in your environment to define something that is fine, attractive and exciting.
Lakento The new company offers various aspects, including editing games. The first is Freddy Mighty Alien Terminator , which gets the character of noble American playboy profile starred in one of the most popular games of Dinamic Software, Freddy Hardest.

The game is dedicated to Emilio Salgueiro, who created the original Freddy Hardest in 1987. has been developed by the developer and graphic designer Daniel Ponsoda Daniel Bushel. The sound is Aaron Adrover work.
Freddy Mighty Alien Terminator is a set of side-scrolling retro look a runner and, following the almost exclusive stream mobile games today is free-to-play with integrated play for real money to get new weapons or buy health kits.
Ruiz says Lakento can become a launching pad for small studios those who can help get data monetization necessary to draw attention from major publishers.
To encourage developers who are taking their first steps, Lakento offers free HTML5 engine programmed for Freddy Mighty Alien Terminator , with everything you need to create a game that can publish Lakento. It is an open source engine for iOS, Android and web version.

The new company has ambitious horizons. Besides working on own games and encourage foreign development offering an engine Lakento have a shed for mobile accessories. The first is a 3D viewer for mobile called Lakento MVR , which will be priced at 60?. The viewer also lets you view photos and movies in 3D format in SBS.
Ruiz notes that the first run will be very cautious about a thousand units. With the money you get that first consignment may instruct the next. Currently you can order them on the web and, later, will be found in stores. This first edition is scheduled for June.
Addition to virtual reality, augmented reality visor will help, as will the camera is included in the Smartphone.
The box will also come Lakento MVR two activation codes for many other applications. Sharks VR where you can play with calm or aggressive sharks and Flirt AR, which uses augmented reality to create you a file with possible pickups
Ruiz
the presentation showed some of the prototypes that have used, including the present, made with a 3D printer. The design has conducted himself with a family, a retired engineer and vocational intenvor.
Viewer sets the optimal distance you can place the phone to the stereo vision, which means no wires or any other mobile technology. “That itself? Nuance in the presentation-Ruiz, requires a powerful mobile”. Both the lens and viewfinder will be made in Spain.
Ruiz said that you can use another mobile screen like a tablet, to control the game you see on screen, which opens up new possibilities development of new securities.
Although this company has no connection with FX Interactive , including bridges be lying because FX has an agreement with Steam.

Lakento For more information on the web can be found . 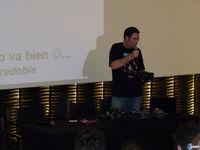 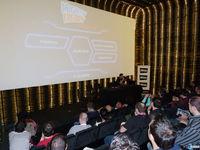 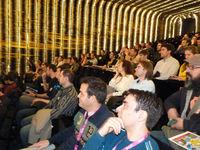 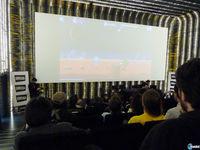 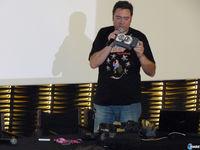 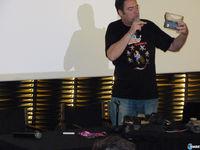 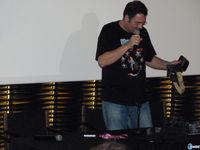 Download WordPress Themes
Download WordPress Themes
Download Best WordPress Themes Free Download
Download Best WordPress Themes Free Download
udemy paid course free download
download lava firmware
Download WordPress Themes
download udemy paid course for free
Victor Ruiz started a company to mobile
A device that stores energy when going down the stairs and releases it to help to upload them
EUROPA PRESS The stairs with a spring to be compressed when someone walks ...
Gboard is testing a few new suggestions that fuses emojis
If the thousands of emojis that you have available in your keyboard fal...
Chainfire explains that modify the System folder in Marshmallow carries risks
It's been enough time for developers familiar with how it works Mars...
All the premieres of Disney+ in may of 2020: ‘Star Wars: The rise of Skywalker’, the end of ‘The Mandalorian’ and more
Disney+ you have a rush until the last moment to unveil the new that wi...