Warning: these cartoons may be offensive (currently) 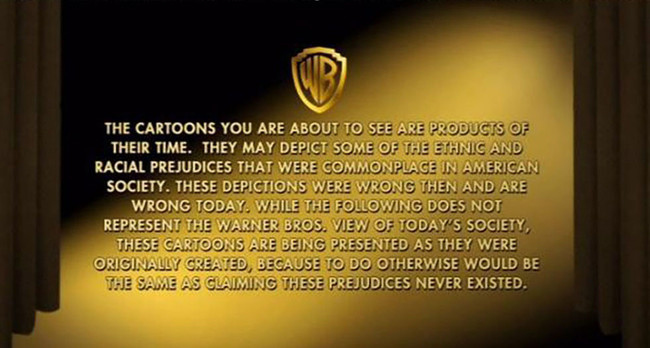 The legendary cartoon from Warner Bros. they are part of the immense legacy pop culture of the united States. the Backbone, with its influence, its aesthetic, its pace and its characters, throughout the TWENTIETH century, and as such are a good reflection of our society… and our sins. That’s why so many of these cartoons, which in their day casting a hand of racial stereotypes and social, is today considered to be unacceptable.

Due to that fact, as has been pointed out by twitterers @sanchezdelreal reflotando an image that takes a while to circulating on the Internet, many of the DVDs of cartoons from Warner are preceded by the notice that there is on these lines:

In it can be read: “The cartoons that you see are a product of his time. May exhibit some ethnic prejudices and racial that were common in the american society that were wrong then and are wrong now. Although they do not represent the current views of Warner Bros. of the society, these cartoons are being presented as they were created originally, because do it the other way, it would be the same as claiming that these prejudices never existed“.

The precedent of this notice in the DVDs compilations ‘the Golden Collection’ is this video of Whoopi Goldberg that appeared in the third volume, and in which the actress is african american, recalled that some of the modes of reflect to races and people are not acceptable, but that the solution is not to forget that in a moment of our past is portrayed and the people. It is part of our history.

The own Whoopi Goldberg also makes a similar warning in a previous recording to multiple DVDs of Tom and Jerry, that although, traditionally, were the property of MGM, ended in 1986 in the hands of Warner Bros. His speech is very similar: these prejudices are wrong, but remove them from the history is dangerous. And takes advantage of it to detail the case of one of those characters stereotypical, Mammy Two Shoes, present from the first shot of the couple (‘Puss Gets the Boot’) and to reinforce several times over the years to be less stereotypical.

It’s the right attitude: so it is fair to point out such errors as these cartoons remain at our disposal, with all the warnings accurate, for we are quite aware that there was a time that considered african americans as being sub-humans or asians as a pest to be exterminated. the censorship is never the solution, as well shows the experience of the Code Hays and other attacks prohibitionist.

But… what are exactly those cartoons?

Some of the cartoon of Looney Tunes and Merrie Melodies (the little episodes of Bugs Bunny, the Roadrunner, Silvestre and Piolín among many others, plus all the stories are independent with no characters fixed) ceased long ago to be issued on television.

In the rich cartoon propaganda produced during the War Mundal (Disney also has in abundance, many of them starring Donald), the affected are the Axis powers, especially the germans and the japanese. Some of them would respond to titles today decidedly incorrect as ‘Tokio Jokio’ or ‘Bugs Bunny Nips the Nips’, which use word games with the name-calling that they received the japanese.

In 1968, eleven – cartoons Warner Bros. especially incorrect were removed from circulation. the they Are known as the Censored Eleven, and the majority of them offer portraits of black people based on stereotypes very aggressive. The best known are, perhaps, those who adapt, featuring cartoons, children’s stories like snow White (‘Coal Black and de Sebben Dwarfs’) and goldilocks (‘Goldilocks and the Jivin’ Bears’).

Although occasionally have reflotado in collections Warner semi-pirates and have been seen occasionally on television, the cartoons of the Censored Eleven do not appear in the collection par excellence of classic Warner on DVD, ‘Looney Tunes Golden Collection’. However, time passes and, in general, although it is still considered to be highly incorrect, these Looney Tunes are revisited often and even designed for special occasions in recognition of its historical importance. 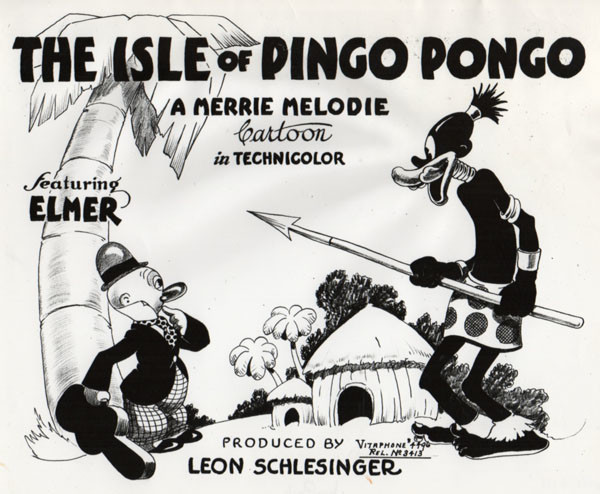 times change even within the same period censor and, despite the protests of the collective who perhaps with an excess of zeal he tried to protect. This is what happened when in 1999 Warner Bros. decided to remove all of the cartoon Speedy Gonzales to be offensive to the mexican population. In 2002, the company had to put them back in circulation by the protests of… the mexican population, who did not feel offended at all.

Recipe for Boeuf Bourguignon in a Crock-Pot

'Presto' it is a tribute to Tom and Jerry

–
The news Warning: these cartoons may be offensive (at present) was originally published in Espinof by John Tones .