We tested the portrait mode of the Pixel 2 in a Note 8 and a Nexus 6P: hits with the blur, at the expense of your battery 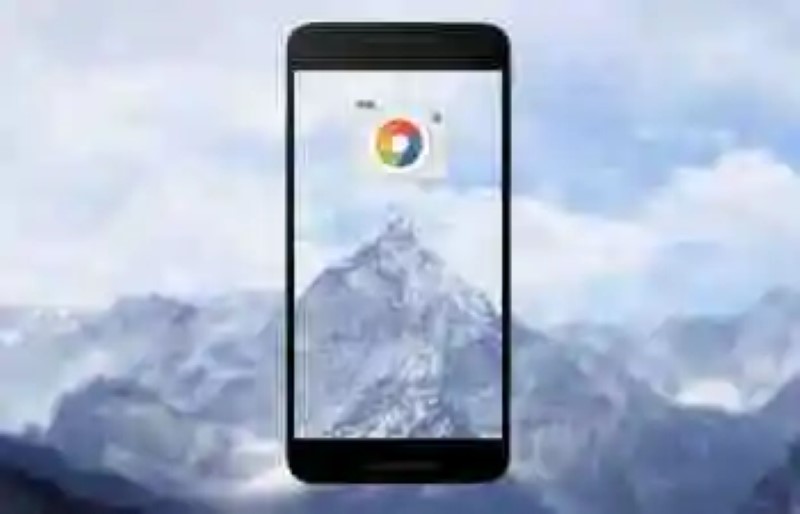 We tested the portrait mode of the Pixel 2 in a Note 8 and a Nexus 6P: hits with the blur, at the expense of your battery
One of the main attractions of the Pixel 2XL is your camera of photos. While many manufacturers were counting on tw...

One of the main attractions of the Pixel 2XL is your camera of photos. While many manufacturers were counting on two sensors, Google did much better with one. Within the photographic technology that is available in this mobile, many of us are seduced your software, able to use the portrait mode with a lot of precision and very good results.

To be a dependency of the software, there are those who take time to work on bringing the camera to the Pixel, in the form of application, to other terminals. We have done some tests with this portrait mode in the Samsung Galaxy Note 8 and the Nexus 6S very good results although there is still a note that the software is experimental and has improvements, especially performance.

► How to know what applications take up the most space in Android when make cleaning a Android mobile, remo...
► Microsoft strikes back at Google, Apple and others by the troll patents against Android A few months ago, Google was attacked b...
► Eight Ways a Smartphone Can Make Studying Easier pixabay.com As a new college or univer...

What is the application of Camera Pixel? 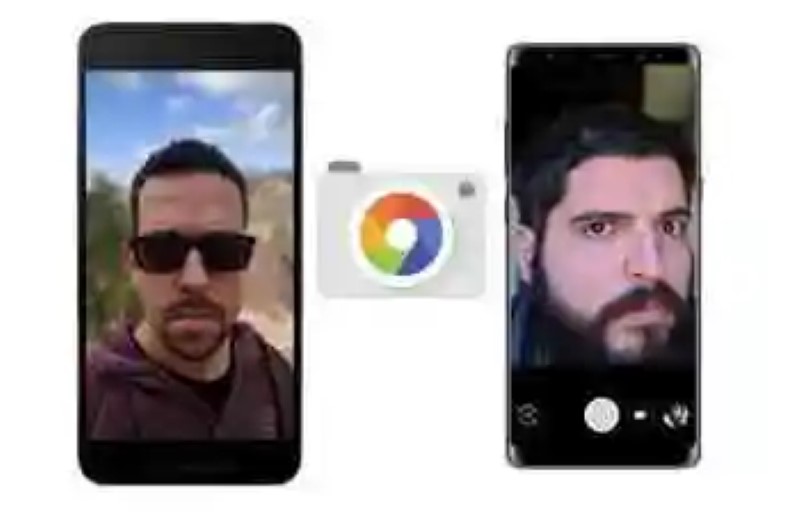 The Camera application of the Pixel comes with a lot of secrets, between them, offer a portrait mode that, by combining two images, it is able to leave the background out of focus thus emphasizing more the main figure. In 2017, has been one of the great trends and although it may seem easy, getting it to look good is very complicated.

Google Camera, the official name of the app, has passed through several hands of developers looking for how to be able to use the portrait mode with other models of mobile phones. Not being a development officer, each one going to be the war, by your way trying to make it work on the processors of their respective mobile phones.

In my case I have opted for a modified version that works with the Samsung Galaxy S7, the S8 and the Note 8. In my case to be a terminal with a Exynos processor is compatible with this application. The moving of the koreans are not the only ones supported, and to this day we can use the portrait mode with the following terminals:

The good news is that the development, although somewhat disparate, is multiplied and is making the number of compatible phones with this application is increasingly wide, and probably in the next few weeks we will see how it reaches out to more terminals, probably most of them top because that is where most investigate and also where there are better cameras.

The interface is very simple: we have a menu at the top where it shows the configuration parameters of the most basic: turn on the flash, color temperature, color touch-ups in the face… we Also have in the top left corner, or if you slide your finger from the left margin toward the center, the different modes of picture.

How do I see the pictures with the portrait mode of the Pixel 2XL?

Before you start to see images, let’s take reference to some of the photos we have made with the Pixel 2XL. Here we have used the Google Camera that comes by default and the portrait mode. Obviously you have not needed to use any APK to be modified: 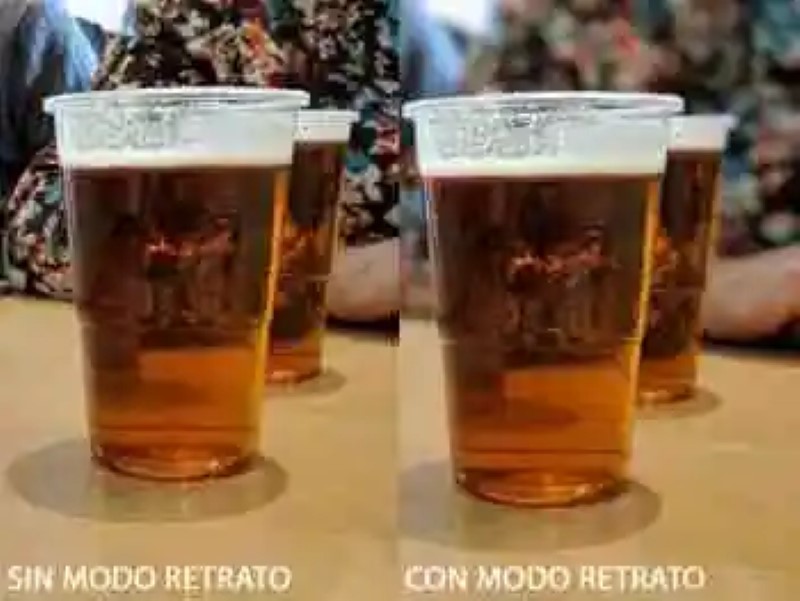 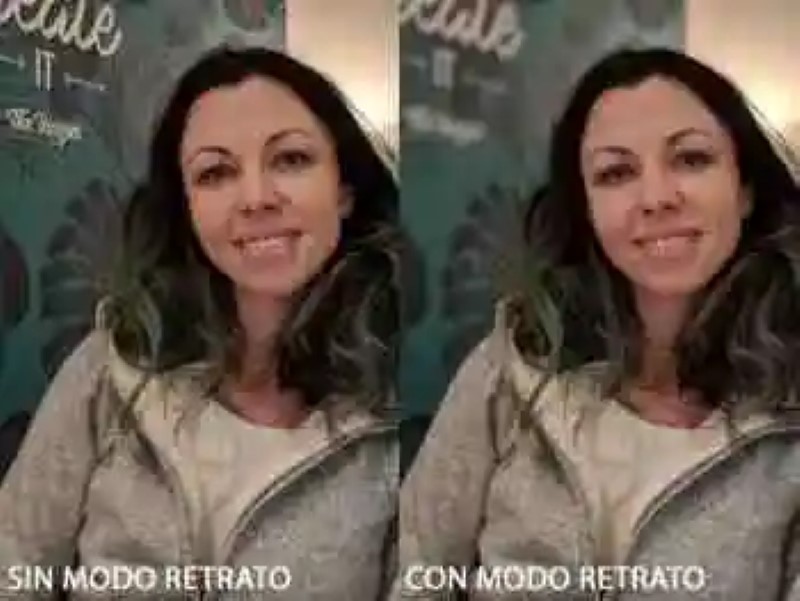 The portrait mode on the Note 8 and the Nexus 6S

The one that interests us here is the portrait mode which allows us to get that effect out-of-focus as desired. Let’s first look at an image of how is the photo without applying the portrait mode (left) and how it remains with him (right)

the result with The trim is very good. the Siluetea very well and only fails in minor details as, for example, some hairs are dishevelled beard. Otherwise, the cut is very clean and accentuates very well the difference between background and person. Now let’s look at some examples between the way Google and the one that offers the Note 8 with its in-app camera:

The differences between both modes are very couples, and except for small details such as color management, we have not noticed a substantial difference between one and another. The highlight is that the cuts in portrait mode Google are more square while the app on the Note 8 keeps the formatting ultrapanorámico of your screen and have slightly less resolution.

With the Nexus 6S we have also done a test portrait mode and this is how it looks when not in use and when not, in this case using the front camera. 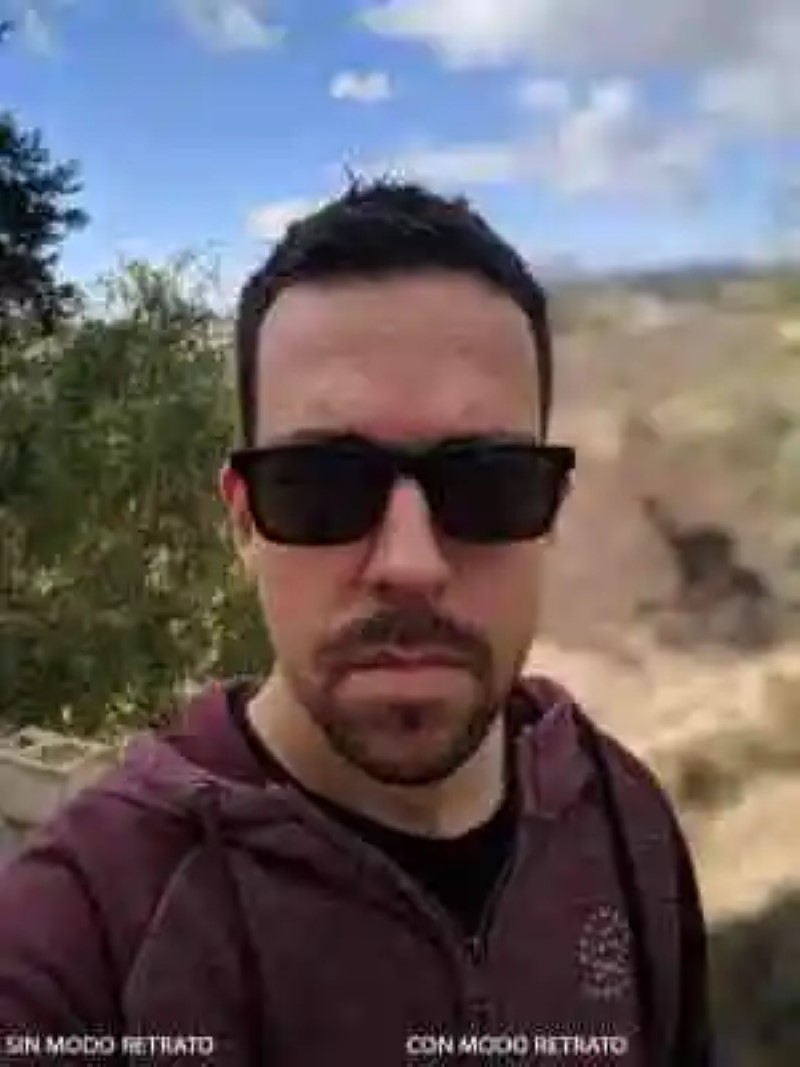 The tests have a price: your battery

to Test these applications is fun and help us to see how to get the maximum potential to our camera but not everything is perfect. Test means to test the battery and see how it is depleted drastically. To be developments home and in phases very previous, it is normal to be failures but the one who suffers most here is the battery.

In the tests we have made with Google Camera, in ten minutes he has devoured the 6% of the capacity of a Nexus 6S, and with the Note 8 has consumed 11% in 24 minutes making pictures with it. It is a very fun but think twice if you are going to replace the app main to make photos in the day-to-day because you can find an unpleasant surprise.

–
The news we Tried the portrait mode of the Pixel 2 in a Note 8 and a Nexus 6P: create the blur, at the expense of your battery was originally published in Xataka Android by Juan Carlos González.

Bloodstained is updated in the Switch, and now it is ‘almost identical’ to other platforms
The game gets the patch 1.04 to fix some performance problems with this ve...
Since it is possible to create devices with Google Assistant is integrated, is already here its SDK
The ambition of Google with your voice assistant is very large. the Googl...
The Samsung Galaxy Note 9 begins to receive the beta Android 9 Foot with Samsung One UI
While we await the arrival of the Samsung Galaxy A8s, that will see t...
Wellness Digital Google launches the mode ‘Without distraction’: a new aid to concentrate
Announced last may during the Google I/O 2019, the new Focus mode well-...
Bibliography ►
Phoneia.com (January 11, 2018). We tested the portrait mode of the Pixel 2 in a Note 8 and a Nexus 6P: hits with the blur, at the expense of your battery. Recovered from https://phoneia.com/en/we-tested-the-portrait-mode-of-the-pixel-2-in-a-note-8-and-a-nexus-6p-hits-with-the-blur-at-the-expense-of-your-battery/

This article was published by Phoneia, originally published in English and titled "We tested the portrait mode of the Pixel 2 in a Note 8 and a Nexus 6P: hits with the blur, at the expense of your battery", along with 18986 other articles. It is an honor for me to have you visit me and read my other writings.
◄ 38 apps and games that are most excellent for this first quarter of 2018, according to Google
New cases with keyboard Zagg ►