We tried ‘Sand Balls’, the curious game of balls and grit that accumulates millions of downloads on Google Play 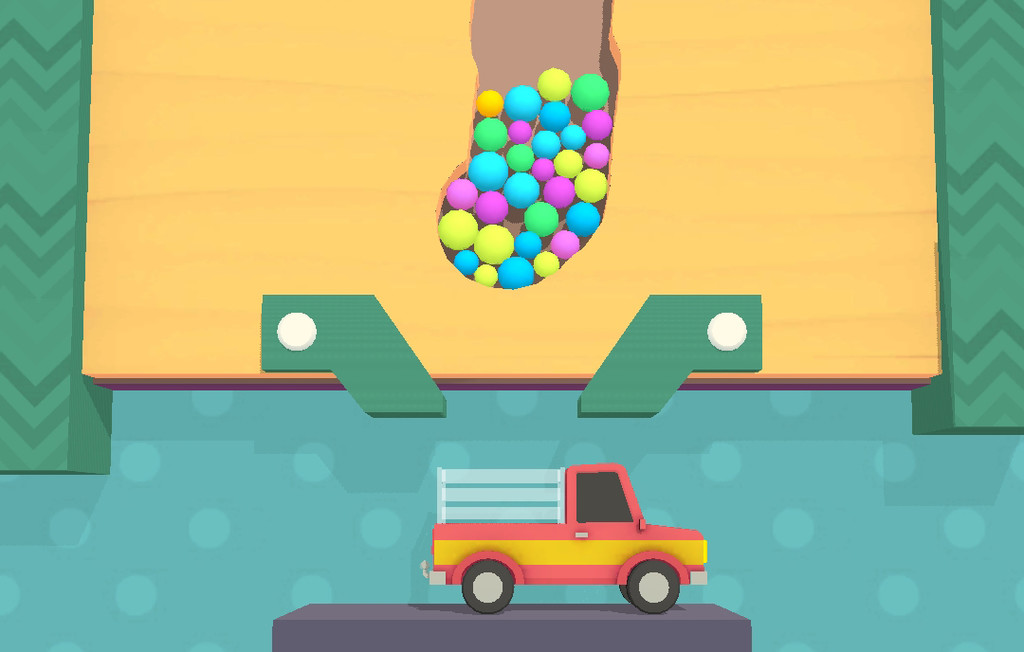 If these days you take a look at the ranking of most downloaded apps in Google Play and App Store, is likely to call you attention to the title that occupies the first position. Called ‘Sand Balls’, with a rating average of 4.2 out of 5 among users of Android and, although it was launched recently, already boasts have passed the 10 million downloads in the store of Google applications.

Behind we have to SayGames, creators of other games like ‘Train Taxi’, ‘Twist Hit!’ or, more recently, ‘Jelly Shift’. And like all of them, ‘Sand Balls’ is a free download, abuse of the advertising and has a gameplay very simple. By the way, in the App Sore, it is also the most downloaded game right now.

Let gravity do its work 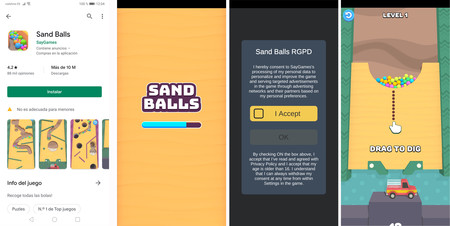 once you have downloaded the game, which, as we said, it is free, we just have to accept the privacy policy and it landed directly on the first level. The goal is very simple: we have a few coloured balls that should end up falling into a truck and, to this end, we will have to go open up a gap down in the sand. How? With our finger (Dag to dig = Drag to dig).

By the way, you will find different obstacles both fixed and mobile that in some cases we will need to avoid and others, will help us in our mission. In addition, it will appear white balls that will be colored when in contact with our balls initial. 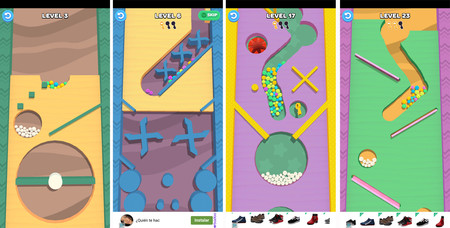 it will Also show keys that we used to open boxes “gift”. And what is in those boxes? Diamonds. What you do with those diamonds? To unlock different types of balls (with flower shape, cube, symbol of dollar…). As you go through completing levels will unlock new vehicles to collect our balls. 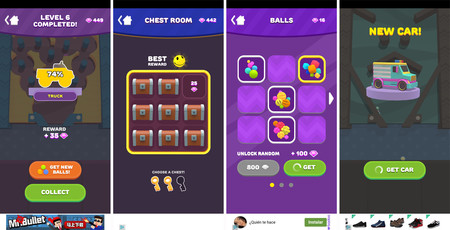 despite the fact that it is a very simple game, could be fun and even addictive if it weren’t for the advertising, which is excessive and very intrusive. It is true that see ads will give us the possibility of obtaining more diamonds as a reward, but most of the times (and they are many, already warned), we “let us swallow them up” video shift without receiving anything in return.

To avoid this, you have two options: pay 3,29 euros for the version of the game without advertising or put the mobile in Airplane mode. But even if we decide to go for this last option, we colarán various announcements. 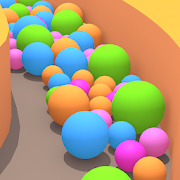 we Tried the Hatch, the streaming platform video game for Android in which the consumption of data does matter

138 offers from Google Play: apps, icons and heaps of free games and a discount for a short time

–
The news we Tried ‘Sand Balls’, the curious game of balls and grit that accumulates millions of downloads on Google Play was originally published in Xataka Android by Laura Sexton .

We tried ‘Sand Balls’, the curious game of balls and grit that accumulates millions of downloads on Google Play
Source: english
September 8, 2019