What is a launcher or launcher and how to change my Android? 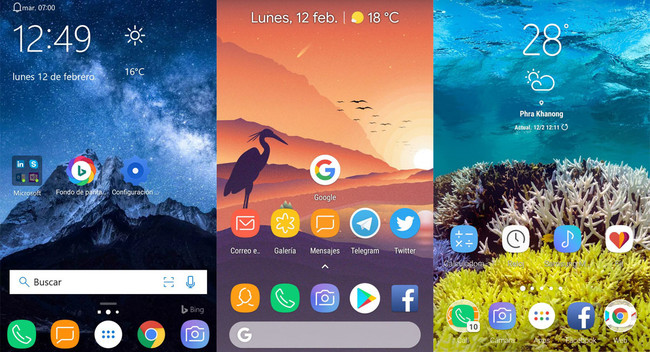 The launcher Android is one of the most important applications of a mobile phone, although its mere concept can be a mystery to some.

If you’re not sure what a launcher (or launcher, which is the same but in English), here you will find the answer.

If you are new to this of the smart mobile, or especially, in Android, sure you have often heard talk of “pitchers” and what are best or worst. It is a subject that is often given by well-known and rarely explained, but no one was born knowing, so here we will see what is a launcher and how you can change your Android mobile.

What is a launcher?

let’s Start at the beginning, what exactly is a launcher? First of all: it is exactly the same as a launcher, which is the name given in English, also quite frequent. It is one of the most important applications of Android, because it is the application with which to cast other applications.

it Is therefore the first app that you see after you unlock the phone, and the one in charge of showing the icons of the various applications you have installed (so that you can open it) and display widgets. 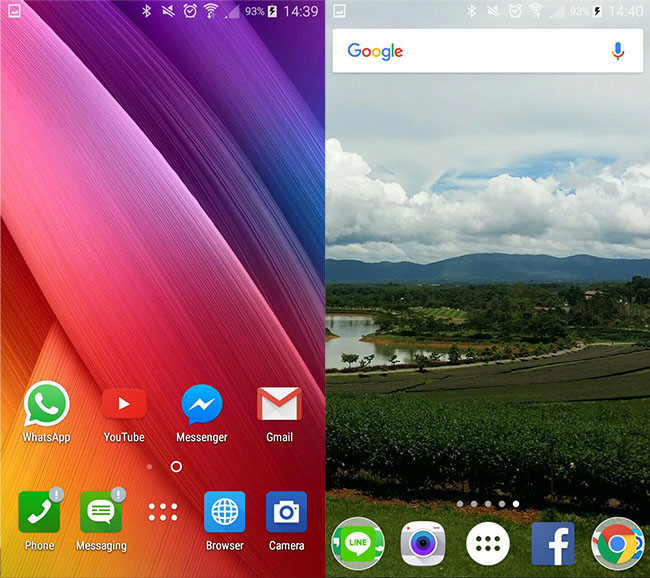 All Android mobile includes its own launcher, often customized by the phone manufacturer. For example, Samsung phones have Touchwiz while the Sony phones have Xperia Home, and so on.

unlike other components of the personalization layer of the manufacturer (that is to say, the customization of Android made by the brand of the mobile), it is possible to change the launcher of your Android device on the other downloaded from Google Play. In this way, if the pitcher of your mobile doesn’t convince you, you can always download and install another.

Although there are all kinds of pitchers of the most curious and original, the great majority of them avoid reinventing the wheel and follow the same pattern: with a Desktop and app drawer. Some of them allow you to choose between if you want to use app drawer or not. 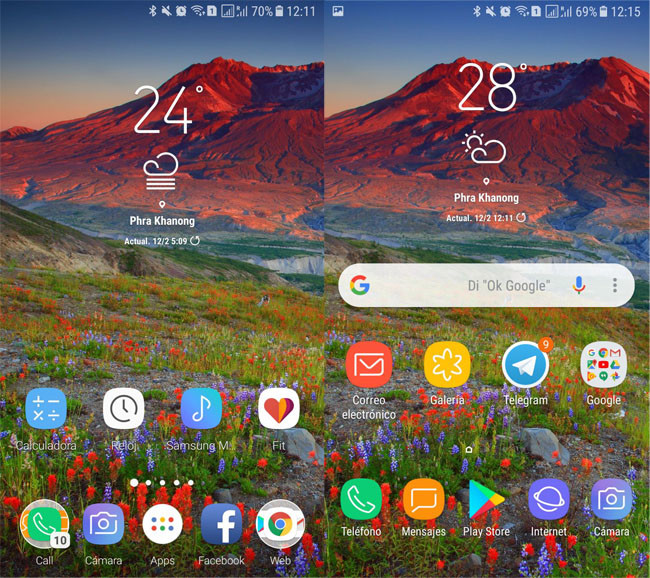 The desktop, which can also receive the name of the “home screen” is the equivalent to the Windows desktop or other operating systems. It includes the shortcuts to some applications that you want to have always at hand, as well as the widgets.

it is necessary Here to differentiate between the pitchers who have app drawer (which we’ll see below) and which are not. Those who don’t have app drawer shows all installed applications on the desktop (like on an iPhone), while those that do have a drawer, display only the access to the applications you choose. 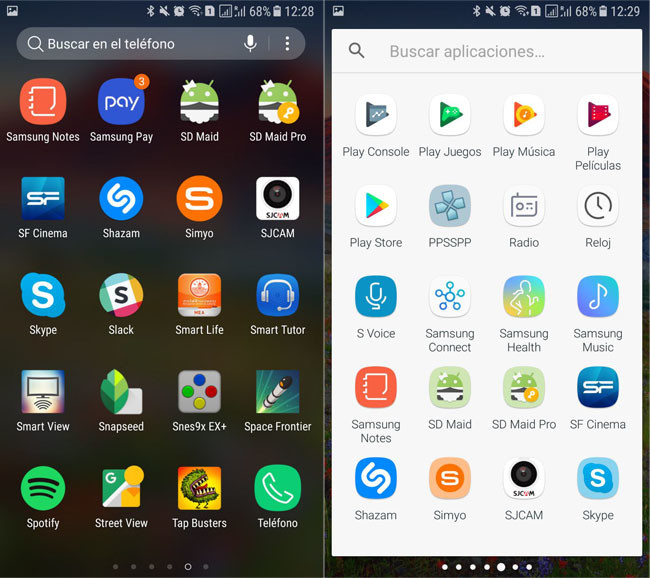 The app drawer is the list where they show all applications that you can open as a user, and the mode of open applications that you do not have in the start screen. The apps in the drawer can be displayed alphabetically, in order of installation or as a custom order, according to the user and the launcher.

it Is precisely from the app drawer as you can add new applications to the home screen, usually with long press. In some cases, in addition to applications are also show the available widgets, usually in another tab.

How to change the launcher

Change the launcher of your mobile is very simple, and most launchers available on Google Play have some sort of wizard that will guide you in the process. The first thing you need, of course, is another launcher other than the one you are using. If you need an idea, here are just a few suggestions. Pitchers is installed like any other application from Google Play. 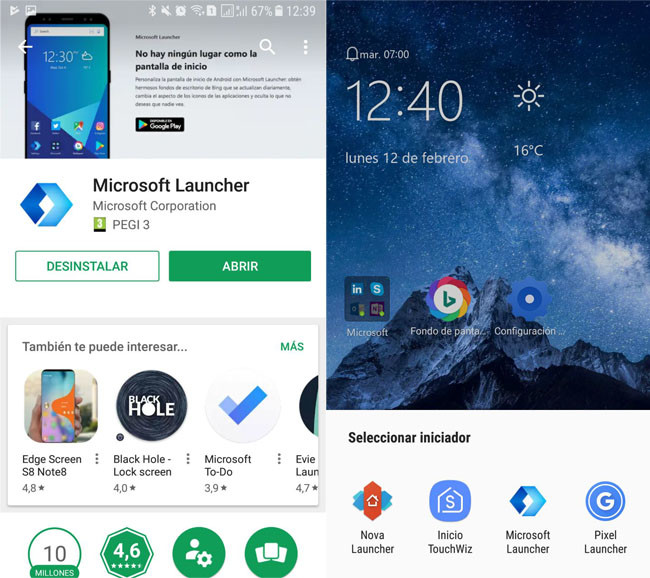 you Can change the launcher from the Android settings, but fortunately there is a faster way: After you install a new launcher, when you press the Start button of mobile Android will ask you which launcher you want to use, mostrandote that you have installed. Which you choose will be used from that time forward, without which you will ask again.

If you prefer to change it by yourself, the option may slightly vary from position and name, according to various brands of phones, but it should be in the Settings Android (Applications, sub-paragraph or menu Apps default. 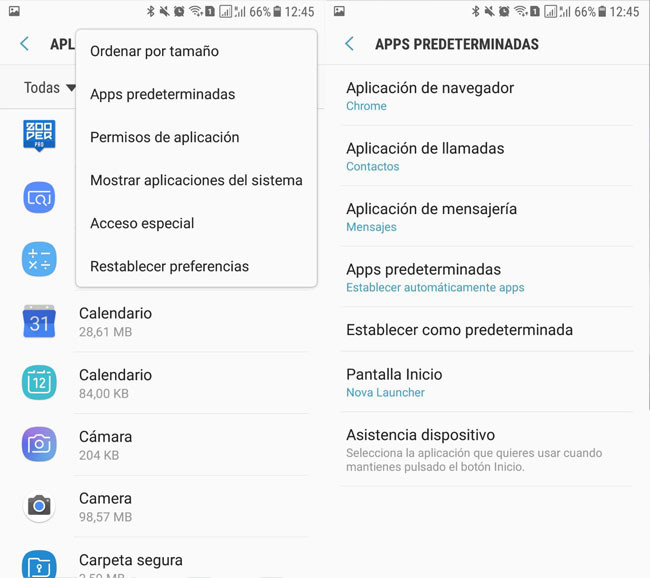 The setting of default applications allows you to choose a web browser, messaging app, call and home screen (i.e., the launcher) you have installed. Tap Home Screen and you can change the default launcher setting that you like. Once more, remember that the names and location of these menus can change from one Android to another.

–
The news What is a launcher or launcher and how to change my Android? was originally published in Xataka Android by Ivan Ramirez .