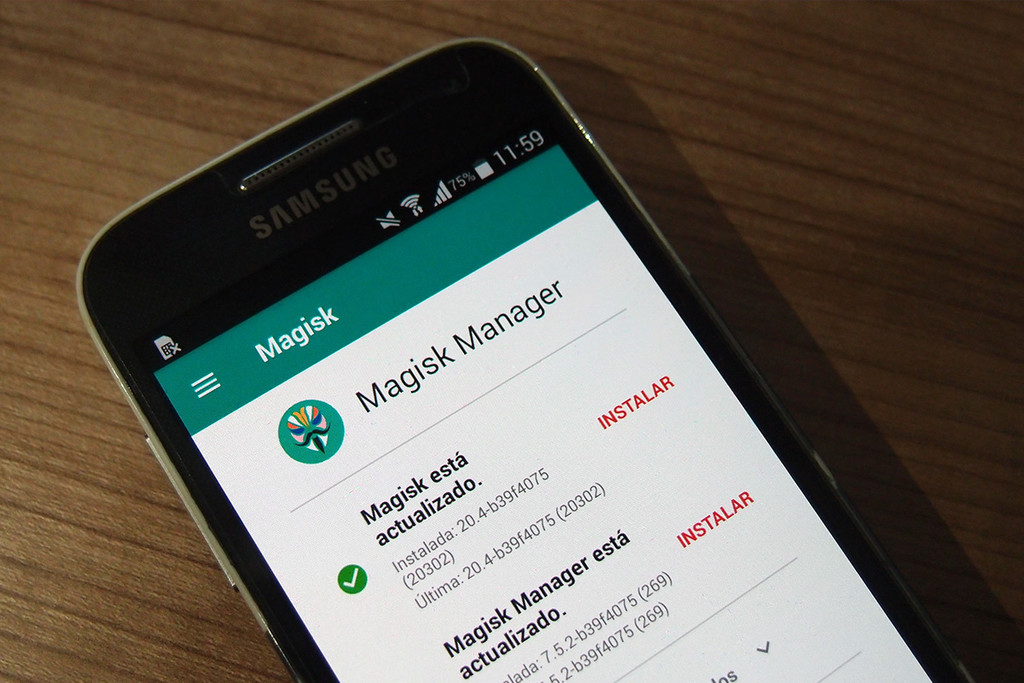 Magisk has risen as the only tool to root and modify Android still active today, after that Chainfire leave SuperSU, Koush is moved out of CWM and other projects of root and Xposed Framework does not have the official version for Android Foot or higher.

however, unlike other tools that are used for one thing and already, Magisk includes several tools, from systemless root to modules, control permissions of the root user and an installer that keeps it always updated. If you’ve heard of Magisk but you’re not sure what it is or what it is for, here we will see their main functions and how to install.

What is Magisk and what is it for 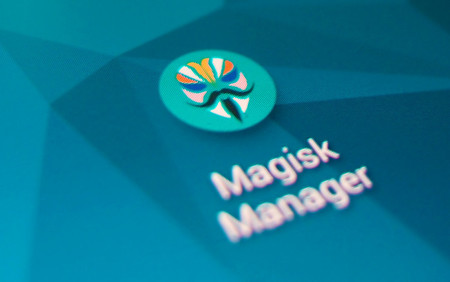 In Android a name that is soon the talk of modifications of the system is Magisk, like a few years ago would hear more SuperSU, CWM, or Xposed Framework. This is so because it is basically the only tool of root that remains in active, still the most recent update of a week ago.

Magisk gets its name from the union of Magic and Mask, and is that their main advantage is that “hidden” modification of the system.

In this mode, the mobile, despite being modified and rooted, still going tests of integrity as the SafetyNet, the same test that prevents that work applications of banks or Pokémon Go when they detect that the phone has been modified.

there is No magic behind, but almost. Instead of making changes in the partition of the system, the developer has found methods to make the changes in other partitions, and hence who is considered a systemless root, or root without touching the system partition. This helps the mobile to follow going through tests of integrity as a SafetyNet. 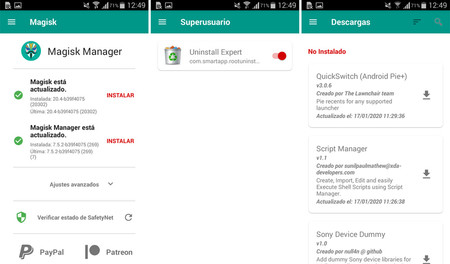 in Addition to allowing you to manage the root and the permissions of the superuser, Magisk account with modules with a philosophy similar to the Xposed Framework. These modules are installed from their own manager and allows you to make advanced modifications to the system, since the equalizer Viper4Android until Xposed Framework (and modules) or the popular GravityBox.

Magisk is composed on one side of its nucleus and on the other, application management, Magisk Manager. This application is used to configure Magisk, install modules, check the permissions of the root user and keep it updated Magisk.

What is TWRP, how to install it and what is it for this ‘custom recovery’ for Android

In summary, Magisk is a complete tool to modify Android mobile, with which you can gain root access in a terminal, download and install modules with modifications to ready-to-use and, in many cases, without that jump the alarms of the detection of modifications such as SafetyNet.

How to install Magisk

If you’ve decided to embark on the task of installing Magisk on your mobile phone, keep in mind that it is a complex process and complicated. Maybe not so much by Magisk itself, which does not modify the system partition, but for the prerequisites to install Magisk: you will need to have root or have installed a recovery mode like TWRP.

If your mobile phone has root

If your device already has root, you’re half way done. You will need to download and install the latest version of Magisk Manager and grant it root permissions. The application will search for the latest version of Magisk and allow you to install it by tapping on the Install, and then choosing one of the three available methods. The recommended is the direct Installation. 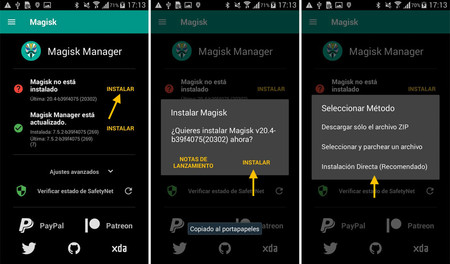 After that flasheará Magisk from the application itself, and you will need to restart the mobile for the changes to take effect. If all has gone well, your mobile will then be modified with Magisk and, if you want, you can use it as loader root instead of the application that you used before.

If your mobile phone does not have root

If your phone does not have root, all is not lost. Still you can install flasheándolo from a recovery mode such as TWRP. It must be emphasized that in some cases it is possible to install TWRP on a phone without root, like for example with Odin in the mobile Samsung.

In this case, the process is reversed. First you will need to download Magisk (which is not Magisk Manager), copy it to the internal memory of the phone (or microSD), and restart the mobile in recovery mode. Then you’ll be able to flash from Install, looking for the ZIP file with Magisk. After flashing reboot and install manually Magisk Manager. 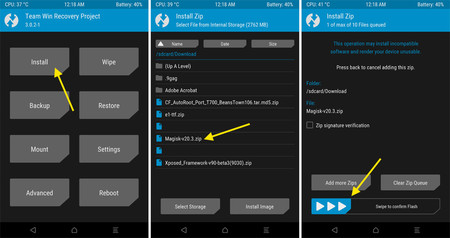 Keep in mind that this is the standard process of installation of Magisk, but not always, the process will be valid for your mobile. In mobile recent or systems with multiple partitions, there are some complications and it is therefore important that you report the exact process for your mobile, and you usually find them in the forums of XDA.

–
The news What is Magisk what is it used for and how to install was originally published in Xataka Android by Ivan Ramirez .

phoneia.com (January 19, 2020). What is Magisk what is it used for and how to install it. Bogotá: E-Cultura Group. Recovered from https://phoneia.com/en/what-is-magisk-what-is-it-used-for-and-how-to-install-it/