WhatsApp will let us decide who can add us to groups, and who is not, according to WaBetaInfo 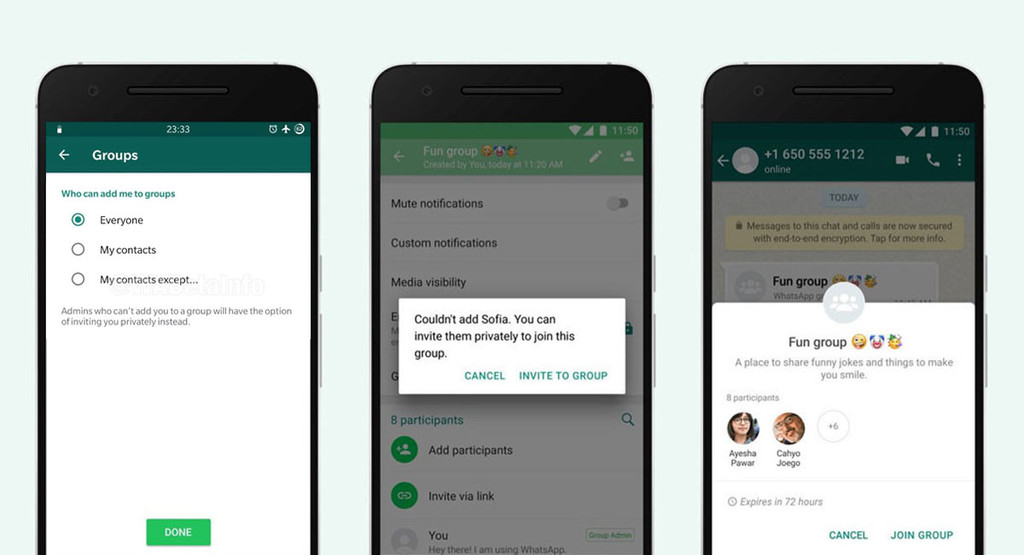 From febrero we know that WhatsApp has been working on a method to avoid that any person can add you to a group. In abril the function seemed to be ready, but eventually only appeared in the application for the users of the application in India. The rest of the world, waiting.

Now WaBetaInfo reports that the work continues internally to bring WhatsApp to the possibility of prevent that you add to groups. It is not yet ready, but it is possible that the function slightly change with respect to what we saw: could you not avoid that any person you add to a group, but only certain contacts.

you Can prevent some people you add to groups

let’s Remember what we knew until now of the function to avoid that you add to groups in WhatsApp. We met in abril but finally was not activated in bulk to all users in different parts of the world, but that supposedly only came to the users of India.

This function is supposed to be a new section called Groups in the options of privacy that you could choose who you could add to groups: any person, your contacts or nobody. If someone was trying to add you to a group without your permission, in your place, he would receive an invitation message, which expires after 72 hours. 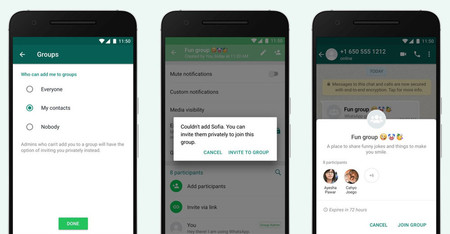 According to WaBetaInfo, these options are changing in the last few tests of Facebook.

there is now the option Nobody, which is replaced by “My contacts except”. That is to say, there is already a way to completely prevent that you add to groups, but you will need to proactively block certain people. 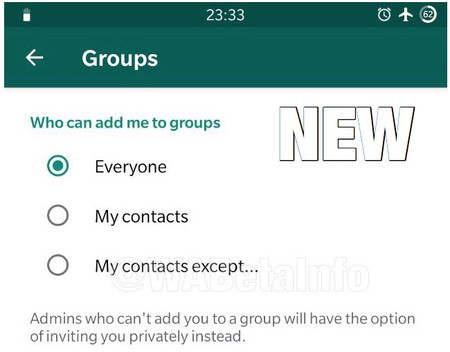 The option is not currently active, so that we cannot know what will be the final implementation, while investigations of WaBetaInfo seem to indicate that avoid being added to groups will not be as easy as expected, especially if you have an extensive list of contacts.

WhatsApp: 19 tricks (and some extra) to make the most of this app of instant messaging

Other sections of privacy of WhatsApp already have an option “My contacts, except for…” as is the case of the privacy of the states. To choose it is a list with the contacts and you should mark what you want to add. To achieve the same effect that the “Nobody” you should add to the list to absolutely all of your contacts.

it is Yet to know when to activate WhatsApp finally the option for all users. Taking into account that it has already been six months since the initial announcement, the latest estimate is that it would come up when you are finished this “new edition”

How to make the photos and videos of WhatsApp occupy less

–
The news WhatsApp let us decide who can add us to groups, and who is not, according to WaBetaInfo was originally published in Xataka Android by Ivan Ramirez .

WhatsApp will let us decide who can add us to groups, and who is not, according to WaBetaInfo
Source: english
October 14, 2019