Who fired first? Disney+ once again changed the scene of Han Solo and Greedo in Episode IV of Star Wars 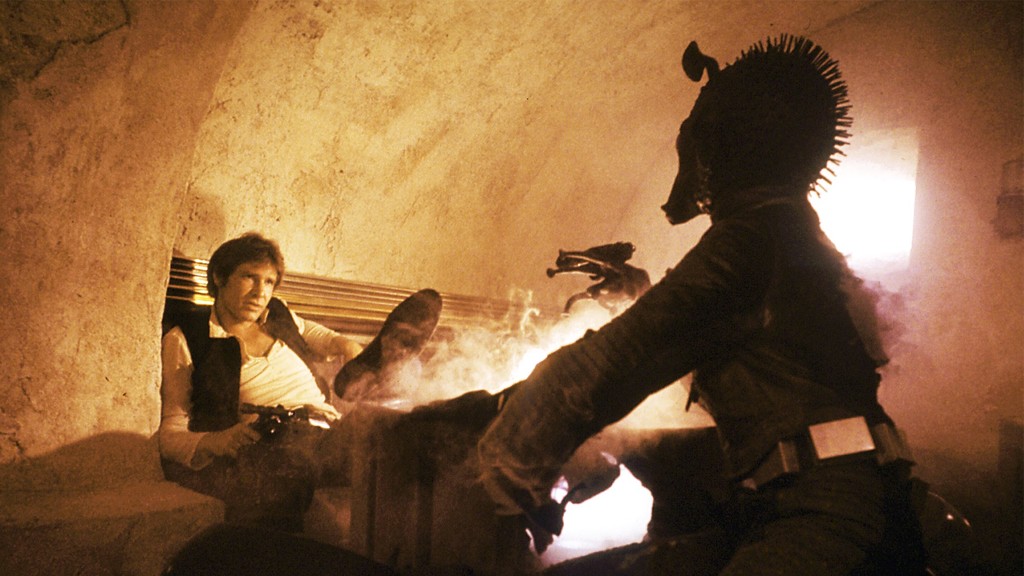 it Seems that the controversy about who shot first between Greedo and Han Solo ‘The war of the galaxies. Episode IV: A new hope’ had not been sufficient. The scene in question had already changed up to three times, and now Disney+ has introduced one more in the assembly that the users of this streaming platform can see.

A scene with too many versions

Has been the comedian and screenwriter Eric Fell which has called attention to this new disturbance. The change is quite curious, since Greedo now screams ‘I Maclunkey!’, shortly before his death by the shot of Han Solo. Now would be good if someone explain what were looking for exactly with this…

In the Disney+ version of Star Wars Greedo now shouts "MACLUNKEY" before getting shot. This is now my favorite version because why the hell not? MACLUNKEY! #starwars #maclunkey pic.twitter.com/k1XmP8wAZT

let’s Remember that Han Solo was the only one that was firing on the version released initially in cinemas, but George Lucas altered the time on the special edition released in 1997. There Greedo shot first, missed, and then Han Solo had just been with him. The fans of the series did not take too well and has since tried to clarify that point.

In the assembly of 2004 on the occasion of the dvd release of the film opted for a solution solomonic: The two fired at the same time, but only the shot Have reached your goal. Seven years after we edited the tape on blu-ray, eliminating some frames of the scene in question, which he added, something more ambiguity at the time.

what The fourth will be the charm or not we will soon see another version of the same? If it is simply needed that you have left that you Have to be the only one that would trigger for a lot of that could give certain negative traits to the character played by Harrison Ford.

"Jar Jar is my favorite character". George Lucas claimed, 'The phantom menace' on the occasion of its 20th anniversary

–
The news Who fired first? Disney+ once again changed the scene of Han Solo and Greedo in Episode IV of Star Wars was originally published in Espinof by Mikel Zorrilla .