Who is it ‘Supergirl’ and why it is worth a look 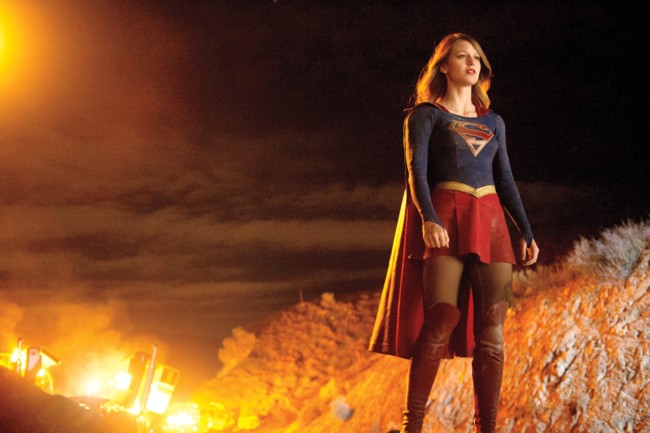 One of the first releases summer foreign fiction in Antena 3 will be “Supergirl‘, the first superheroine with a series for herself on television in American open from ‘ Wonder Woman ‘, in 1975 (because ‘Agent Carter ‘had no super powers). The chain is already promoting her upcoming release, hoping that the audience avails in the same way that hosted last summer ‘ The Flash ‘ (at least in its early chapters).

But who is ‘Supergirl’? is it worth seeing? The series is the fourth production of DC Comics superheroes Greg Berlanti, who oversees’ Arrow ‘,’ The Flash ‘and’ Legends of tomorrow ‘, also released this year, but was the only debuting initially on CBS, a chain with a much larger scope than The CW, which are issued the other three. For its second season, ‘Supergirl’ will look at the second channel with its bell ringers of “berlantiverso“.

The series moves to the small screen a character that DC Comics created in 1959 as female counterpart, and adolescent Superman. in the vignettes, Supergirl’s story has many twists and revolts , and the series, overseen by the writers Ali Adler and Andrew Kreisberg, opt for one of those versions.

With twelve, Kara Zor-El was sent to Earth from Krypton to protect your cousin Kal-El, who was then just a baby. However, his ship veered off course and ended up trapped in the Phantom zone with Fort Rozz a Kryptonian space prison. When the ship of Kara managed to leave the area and reach Earth, Kal-El and had become Clark Kent and, therefore, Superman , so she is dedicated to live like a normal teenager with Danvers, who already have a daughter.

When you start ‘Supergirl’, Kara attempts to pass unnoticed in National City , working as assistant Cat Grant, owner of Catco media empire. He has not used his powers since he came to Earth and his adoptive family has always recommended not to do to not draw attention to itself, which can be dangerous. Until something that takes Kara to reveal who is actually happening. Or, rather, to assume his identity as Supergirl.

The first season of the series, which are 20 episodes, is showing Kara learns how to be Supergirl . Not only you get better mastering his powers (which are the same as Superman), or who is trained in combat to take down enemies that may be larger and stronger than she, but is realizing what it means to be a hero.

In that regard, ‘Supergirl’ departs from Zack Snyder treatment that has given the Hombre Steel in the film and goes the tone of the first ‘Superman’ Richard Donner and its aftermath, more close to the portrait also initially made this superhero comics. Kara represents hope in National City, altruism and commitment to the good of the community. She herself points out that the S that looks chest means “ stronger together ” ( “stronger together”), which gives an idea of ​​where to go their television adventures.

Between the action and comedy 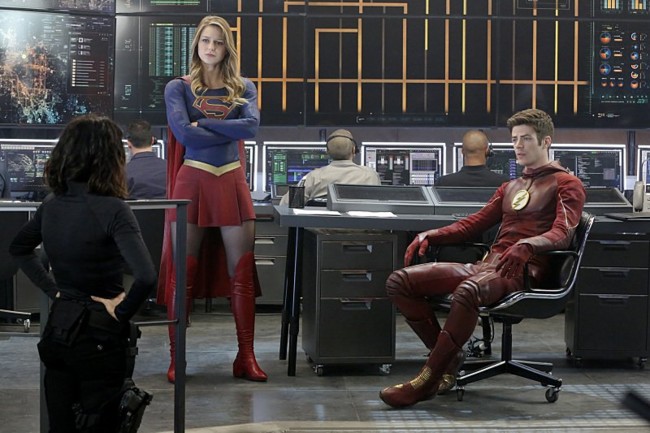 the personality of its protagonist the entire series, which bet for fun and optimism moved. In ‘Supergirl’, Kara has to reconcile his “civil” life and work in Catco with his role as superhero, trapping the escaped inmates of Fort Rozz, who fell to Earth with her. Among those inmates figure her aunt Astra, which represents the great villains of the first season and also forces Kara to face the pain of having lost his entire family in the destruction of Krypton.

That’s an important difference to Superman. Her cousin itself reminds his home planet and family values, and that is an integral part of the person he is now. And in the series, because it integrates three stories in a . On the one hand, it has the action of the superhero genre, with fights, archivillanos and plans to dominate the world; on the other, is a family history with emphasis on the relationship between Kara and her sister, Alex, and secondly, it’s a comedy office throughout the day to day Catco and the importance acquired by Cat Grant.

The character played by Calista Flockhart ends up being la revelation of the season, in fact. Starts in the mold of Miranda Priestly in ‘El Devil Wears Prada ‘and unveils other layers, from his self-imposed their loyalty and, above all, concern for pushing Kara exploit their potential and be a better person (though their methods are not exactly loving). In fact, the relationship between the young Danvers and Cat Grant ends up being central to the series.

The first season of ‘Supergirl’ has had many ups and downs and the superhero story is what has worked less well, but the Catco office comedy is one of his safe values, as is the relationship between Kara and Alex. The balance between action, comedy and drama has been one of the challenges the start of the series, who gave his best version in episodes such as the crossover with The Flash ‘.

But, is it worth watching?

Among the cinematic universes of Marvel and DC and the series of the CW and Netflix many superheroes in film and television so, what does ‘Supergirl’ to give you a chance when Antena 3 starts to broadcast it? A light and fun entertainment may not be enough , and perhaps not we look the dose of Cat Grant in each episode, but the key to the series is in its central protagonist. 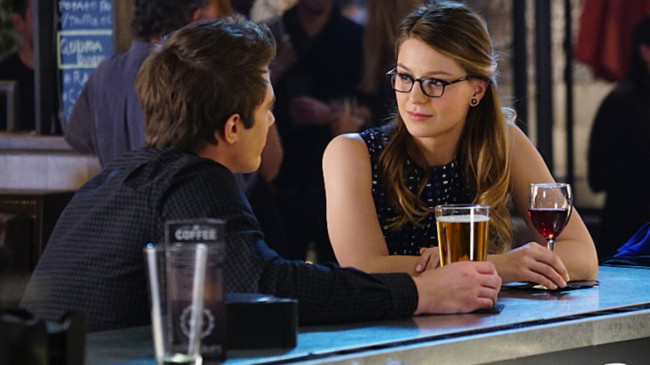 what gives a ‘Supergirl’ its own identity is the exploration of Kara Danvers. Throughout the first season not only we know your family relationships, your work life or his attraction to James Olsen, but we meet a young woman who is still finding its place in the world. The writers show how she is no super powers , to the temptation to relive forever his childhood in Krypton, how it deals with the anger and frustration that sometimes accumulate inside or how it reacts when left carried away by his dark side, for their thoughts worse.

They adapt, with varying success, well-known stories for comics readers or viewers of the first films of ‘Superman’, and mixed with references to romantic comedies and all kinds of celebrities and TV series to follow the Danvers sisters. The will to make it a three-dimensional character Kara , beyond the almost indestructible superhero, is the main feature of ‘Supergirl’. That and that, in fact, is a friendly unpretentious entertainment.

Tele Go! | De ‘Quantico’ a ‘Supergirl’, summer is the season of American series in Spain

‘Supergirl’ could survive, but with less budget and The CW

The CW repechage ‘Supergirl’ CBS and ‘Riverdale,’ No Tomorrow ‘and’ Frequency ‘

stays –
The news Who is it ‘Supergirl’ and why it is worth it was originally published in Tele Go by Such Marina.

Vaya Tele
Download Best WordPress Themes Free Download
Premium WordPress Themes Download
Download WordPress Themes Free
Premium WordPress Themes Download
ZG93bmxvYWQgbHluZGEgY291cnNlIGZyZWU=
download lava firmware
Download Nulled WordPress Themes
ZG93bmxvYWQgbHluZGEgY291cnNlIGZyZWU=
Who is it ‘Supergirl’ and why it is worth a look
QSLIDE, that’s true multitasking on LG Optimus G
The LG Optimus G is one of the most powerful devices you can find in...
As the founder of McDonald’s deceived the true creators of the idea
20minutes Ray Kroc bought the original business to its creators, the b...
How to have two-step verification from Twitter without using SMS
The two-step verification is an extra security measure that strengthens e...
That was how Harrison Ford helped to create the new Han Solo who plays Alden Ehrenreich
"Tell them that I told you everything you need to know, and you can't te...

phoneia.com (July 9, 2016). Who is it ‘Supergirl’ and why it is worth a look. Bogotá: E-Cultura Group. Recovered from https://phoneia.com/en/who-is-it-supergirl-and-why-it-is-worth-a-look/