Why I love ‘Made in Abyss’, one of the best animes of the year 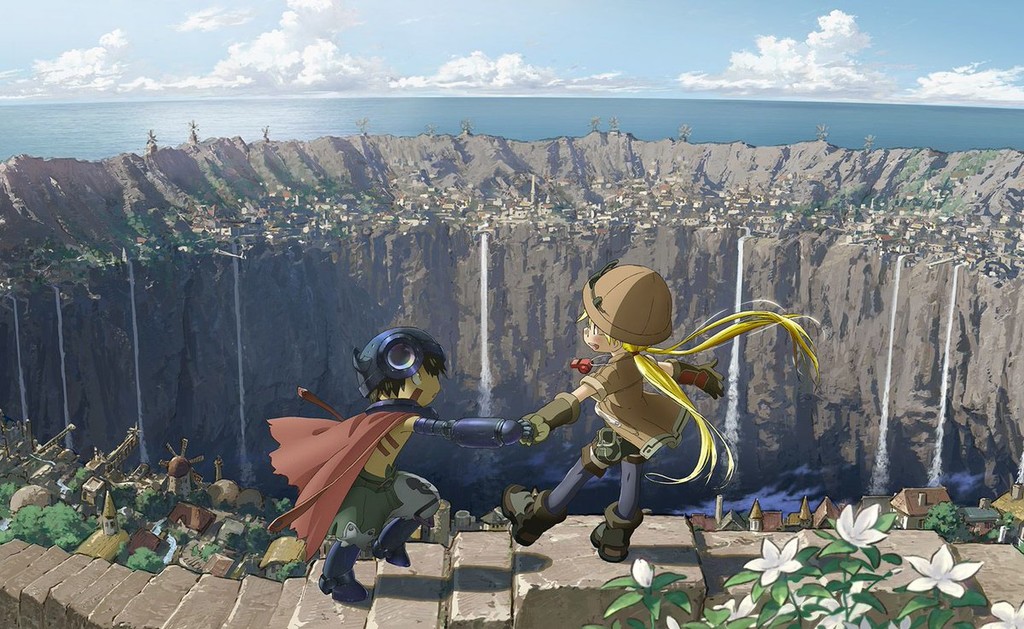 The western eyes is usually assumed, in many cases, a serious impediment at the time of the contemplation with regard to cultural phenomena outside the sphere of european and north american.

Even in countries especially westernized and particular idiosyncrasies that mixed the globalization, kitsch and traditional, the ballast of our optical reductionist prevents us from contemplating with close proximity to enough cultural products that escape us for exotic or rare. We speak, of course, of Japan, the paradise of calm to buddhist and metro tokyo sardines in a can: a ying-yang constant, a balance of opposing forces.

In the audio-visual in particular, perhaps the field of influence more and more widely spread japanese culture around the world with the permission of the video game, japan has for more than forty years to be one of the builders of the imaginary fundamental in the contemporary society. What were Mazinger Z, Dragon Ball, Pokemon, Digimon, Neon Genesis Evangelion, One Piece, Naruto, Death Note or the latest Attack of the titans.

With the landing on land west of the industry of anime, many young people began to educate themselves to see on tv different products that consumed. Because it is educating the eyes to the artistic languages that we don’t understand, and the language of japanese animation has little or nothing to do with the narrative and grammar of the audio-visual western. The differences are a constant, and perhaps it is the shock, the contrast, that makes it so striking to the western eye the anime as a cultural phenomenon, as much in admiration as in the mocks.

This preface is necessary to talk about anime in general, even canonized in the area west, those that the japanese industry strives to adapt without understanding that there are products inadaptables because they depend on their context. is Because the anime is in need of a few codes that make it complete as a work of art. It is for this that does take an exercise of deconstruction and learning to understand why there that claim to Made in abyss as a great anime, understanding its significance beyond its characters and plots. 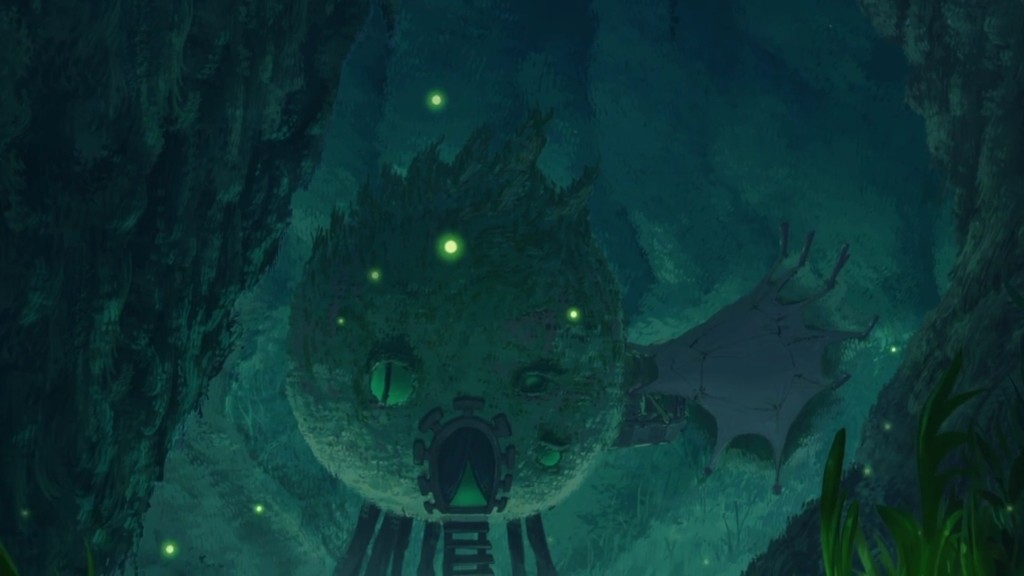 In the beginning, seeing the designs and the first few chapters, Made in abyss it seems, rather, a series of child a group of children in an orphanage who want to live adventures. But that look, the one that does not go beyond the beginning and that it suffers from the “disease of the pilot episode”, is to avoid to see and enjoy Made in abyss. Because, and even sinning simplistic, the series becomes a container that raises a debate of interest.

Made in abyss tells the story of Riko, an orphan who lives together with more children in an orphanage Orth, a city that surrounds a gigantic hole that goes straight to the depths of the earth: the Abyss. Inside, there are numerous relics of a lost civilization, which has become the bottomless pit the object of fascination of the citizens of Orth.

In particular, the Abyss is an object of desire for the Cave Raiders that are dedicated, according to their rank, to descend by this to retrieve all of the relics as possible. In one of his excavations, Riko will be with a humanoid robot, Reg, with which it enters into a great friendship and that will help you to meet your dream: find his mother, a legendary Cave Raider, in the bottom of the Abyss. 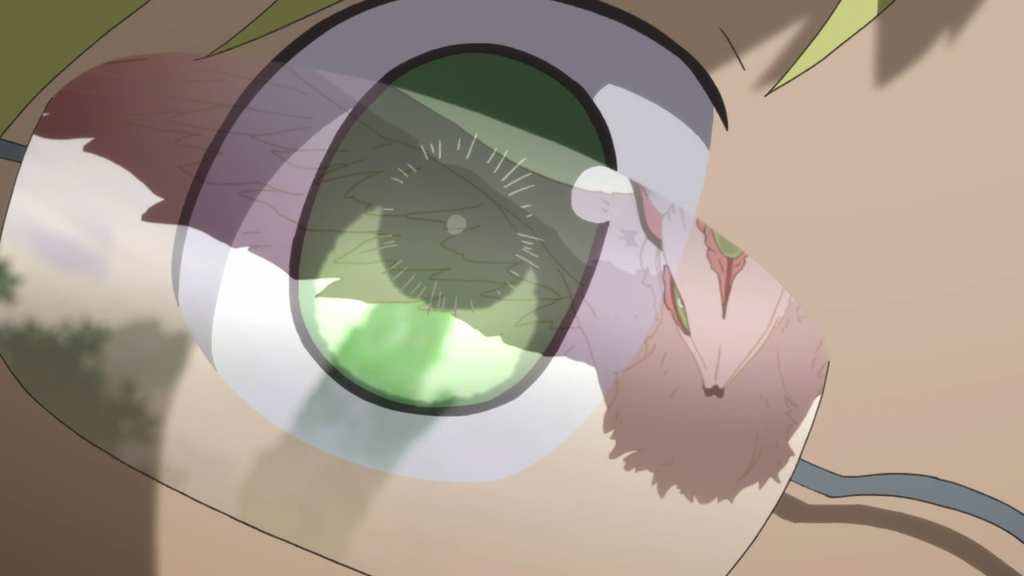 Made in abyss has a lot of debt: of Verne and ‘Journey to the center of the earth’, ‘Final Fantasy’ and the JRPG in its art and designs, Hayao Miyazaki and all its surroundings a colourful or a little bit of ‘Full metal alchemist’ -always Brotherhood– or Puella Magi Madoka Magica.

But it’s not just their debt, but everything that makes up Made in abyss, which makes it a series that deserves to be followed: your proposal theme, its amazing visual style, its fantastic environment or your design of characters.

‘Made in Abyss’: fantasy and beauty

In the artistic department there is no doubt that the anime is a work round. His characters, though child-like appearance, are created with great care and accuracy, as well as the creatures that appear in the abyss and which seem to have been taken directly from Studio Ghibli. Perhaps, as already said, the clearest throwback to Made in abyss is the studio’s most famous animation, in traditional post-Disney.

we Found quite a few similarities in the designs of scenarios are Made in abyss with Naüsicaa of the valley of the wind, castle in The sky, princess Mononoke or El castillo ambulante, all works of Miyazaki. Also we show a great similarity in the soundtrack that made up for the anime Kevin Penkin with the works of Joe Hisashi, the eternal creator of the music of studio Ghibli. 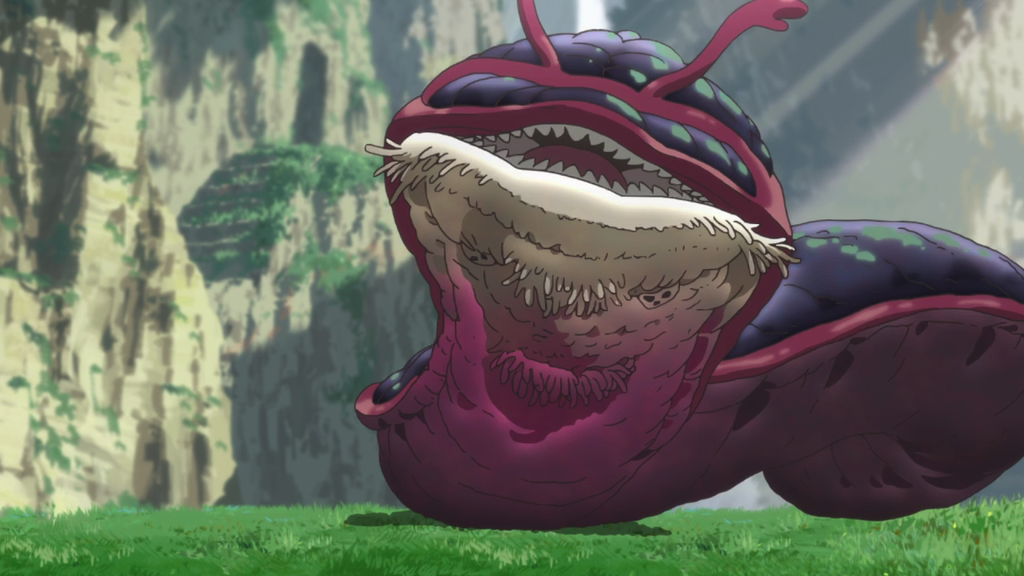 Your trunk theme, to anything complex, and without pretensions to be, holding the Abyss as a sort of symbol of self-discovery and of metaphor vital, so much for Riko to Reg. The first, an orphan in need of parental figures, has as its great goal, precisely, the recovery of his absent mother, and which he has idealized. In the same way it happens with Reg, which, in your human physique, is not clear on what that is. Not remember his past, and finds in the Abyss and the characters that inhabit it tracks to recompose the mystery of its existence.

The issue of western eyes, and the canonization of the tastes should not blind us to the delight that productions such as Made in abyss can bring us. We do not speak of a work in the transcendental, but beautiful and sincere. is A story that is humble and aware of what you offer to the public without fanfare or barroquismos unnecessary is admirable even from the perspective that defenestra the animation in general and anime in particular.

waiting for a possible and desirable second season, Made in abyss leaves a great taste in your mouth and turns into one of the animes biggest highlights of the year so far.

The news why I love ‘Made in Abyss’, one of the best animes of the year was originally published in Espinof by Antonio R. Jimenez .