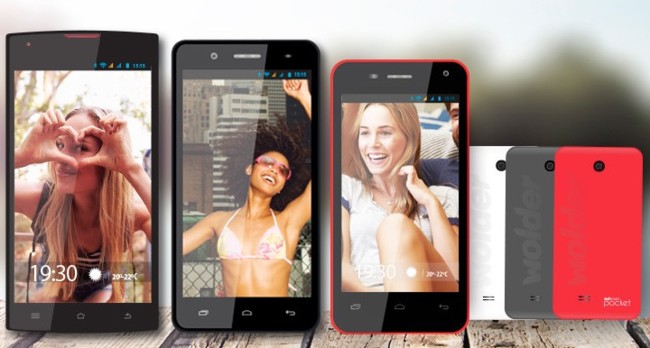 The Spanish company Wolder , based in Cantabria, just introduced its new family of smartphones this summer: Summer Collection. Smartphones are ranging from 4 inches miSmart Pocket model to the 5.5-inch model miSmart Fun.

They are entry-level smartphones with aspirations to half the times, with prices adjusted and a selection and access to premium content series. 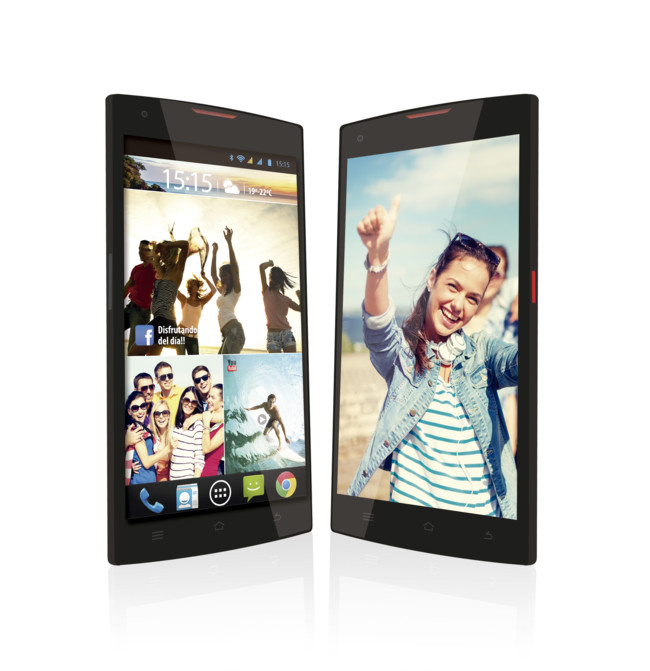 This model is the largest in size and Family weight and riding a screen 5.5 inch IPS OGS . The resolution, though, is something far from expected in a screen of this size 960 x 540 pixels which leaves a pixel density of 199ppp.

The dimensions of the smartphone are contained, 154 x77 x 9, 1 mm. Within battery contains 2400 mAh . The design is carefully premium black with red details. The weight is 154 grams lighter.

It is a smartphone that has a processor 1.3 GHz quad-core , SPREADTRUM SC773 with Mali-450 GPU, 1GB accompanied RAM and 8 GB of internal storage expandable via microSD card. 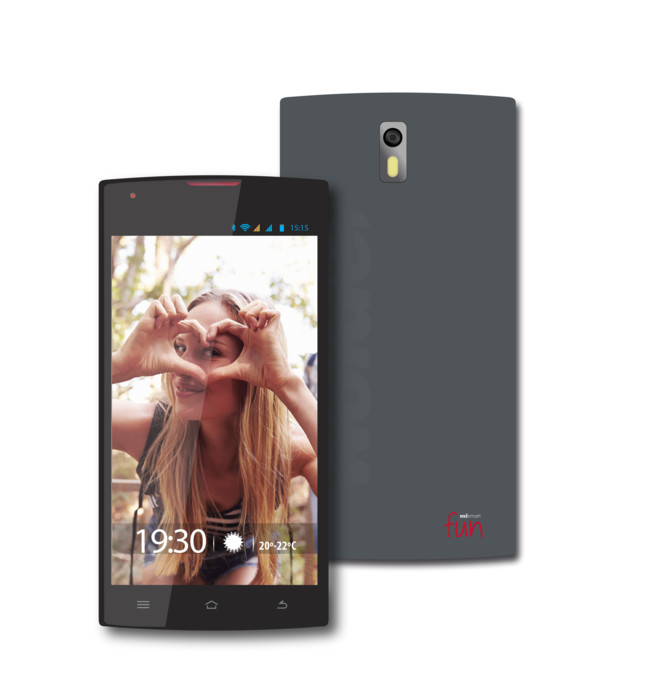 The same connectivity remains in Wi-Fi N, BT 4.0 and via its 3G HSPA + dual SIM slot.

The photographic section is covered by a rear camera 8MP with flash and a front 2 megapixel.

Works on Android 4.4 (we have commented that They upgraded to Lollipop but estimated date yet) and costs 129 euros and at first glance appears to be part of the generation 2014 smartphones from other companies. 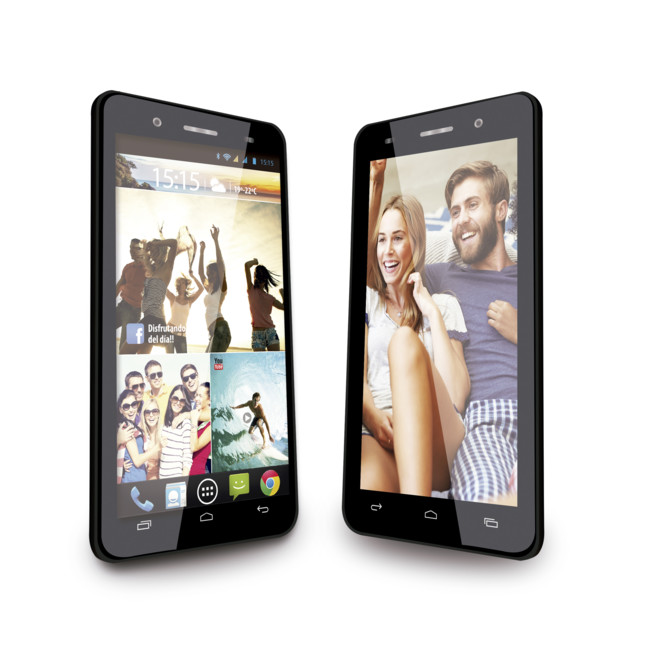 This is the first model 4G of the company (dual SIM) and comes with Android 5.1 Lollipop series, something to be welcomed in these times .

We see specifications miSmart Empire and check which has a screen 5 inches with resolution 1280 x 720 pixels showing a pixel density 293 dpi. The IPS panel technology is OGS.

When it comes to terminal dimensions we see is a model with a functional design and measures 146 x 70.5 x 8.5 mm. In that body hides a battery of 2000 mAh , which, on paper, seems something just to reach the day of use of a medium-heavy user. 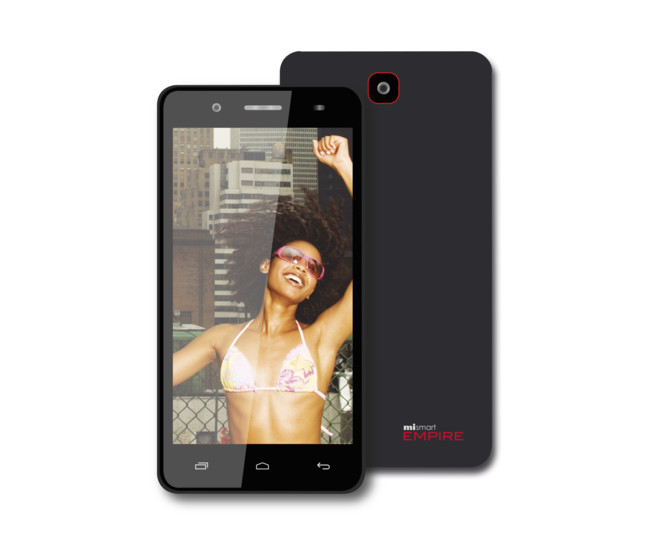 As for the CPU, Wolder tells us that is a model Mediatek MTK MT6735 quad-core 1GHz along with 1GB of RAM and 8GB of internal memory expandable via microSD.

We continue with the connectivity section and we see no GPS reception, Wi-Fi N, Bluetooth 4.0. If we see the photographic section, we see how we have a rear camera with flash 13 MPx and a front 5Mpx.

At the moment the price of this model is not known, but we have confirmed that it will be somewhat higher than the miSmart Fun and less than 150 euros. 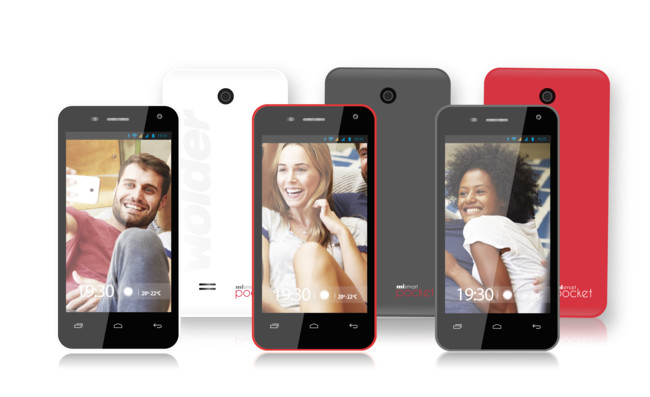 The company has thought of users who do not want to take get a smartphone large as the previous two and has stopped to think about launching a model ** ** 4 inches. In fact, riding a screen with WVGA resolution (800 x 480px) and IPS panel.

But it is a very basic basic model, and its price should be less than 100 euros (not yet set). In specifications is very similar to Energy Sistem we tested for 10 days , but uses a quad-core chip

Its size is reduced. 125 x 63.5 x 10 mm and comes with three interchangeable covers in red, white and black. Has 4 GB of internal memory and 512 MB of RAM that will move Android 4.4 provided that not abuse of multitasking (Wolder says the software update but have not given Lollipop date). 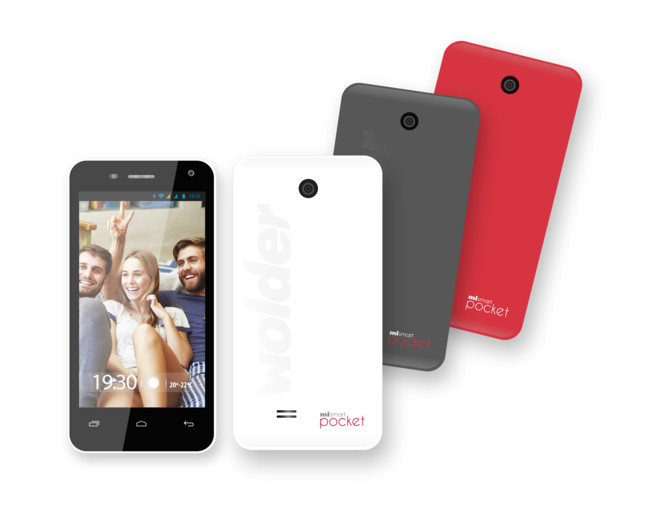 To improve something the experience we have a chip quad-core 1.3 GHz , SPREADTRUM SC773 model but, as we say, the main limitation is the amount of RAM.

Finally we mention that Wolder commitment to offer free premium content with its smartphones as do large manufacturers like Samsung. They do it through what they call BigButton , direct access to 24symbols, Kiosk, News Republic, Panda Security, Perpetuall, Sherpa, Spotbros and Wuaki.tv