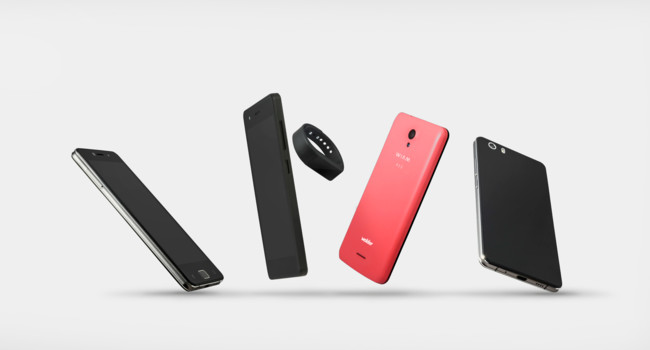 They had a few days warning that had something reserved for today and so it proved. Wolder just introduced its new range of devices, a collection of phones in which we find from humble models aimed at the lower ranges until a flagship with which they try stick his head in the new midrange premium that is being established this year.

This is new WIAM # 23, # 46, # 71 and # 71 + , all 4G and 64 mobile processors bits. With this new family Wolder becomes the first Spanish manufacturer to launch devices with fingerprint reader. The low end of the range also highlighted by one of the few who, after being released with Android 5.1.1, will receive an upgrade to Android June Marshmallow 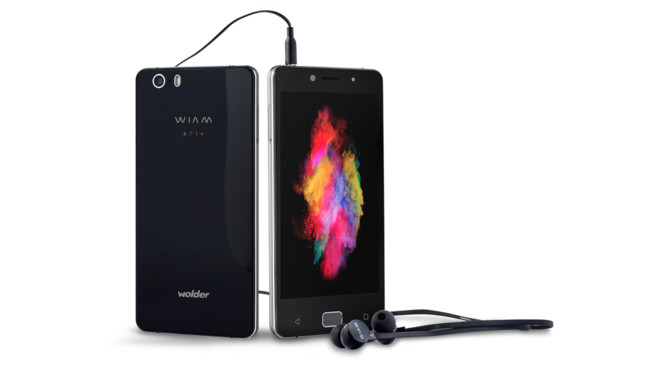 This being the year of the midrange premium, one in the mid-range devices are alunas more typical of high features either a little more RAM, a metallic finish or a better camera. And that is precisely what the Cantabrians have added you to their new flagship.

The mobile comes equipped with a 5-inch IPS display with a resolution of 720 pixels and powered by a processor octa Mediatek MT6753-core 64-bit 1.5 GHz , the same that has some surprising performance results to devices like the Zopo Speed ​​7 Plus . Will have 3 GB of RAM and 32 GB of internal storage expandable to 64 GB via microSD.

The concept midrange premium is reinforced with a finish that highlights a metal frame aluminum , and finished with a back cover glass much like the Xperia range of Sony, but with more rounded corners. The device will have a weight of 136 grams and only 7.6 millimeters thick.

As for the photographic section, Wolder has implemented a 13-megapixel front camera with Led flash and a rear 21 megapixel. The phone will also have a Smart Gesture fingerprint sensor technology at the front, dual SIM, FM Radio, 2400 mAh battery and launch applications by typing a letter on the screen off. 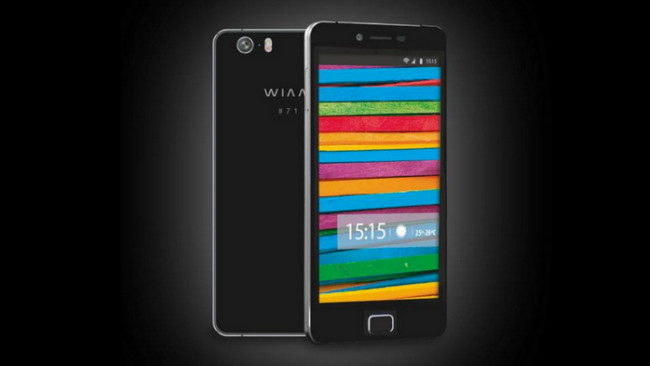 Wolder has also launched what could be called as the normal model WIAM # 71. Is a midrange exactly the same metallic finish your Brother , but with lower specifications. Mobile wants to play the trick of being one of the midrange for very little money gives you both a good design as a fingerprint sensor.

The cameras also attract less attention, although they are equipping some interesting sensors 8 megapixels for the front and 18 for the rear . It also has dual SIM slot, 2400 mAh battery and Android 5.1 operating system with the promise to upgrade to Marshmallow as possible. 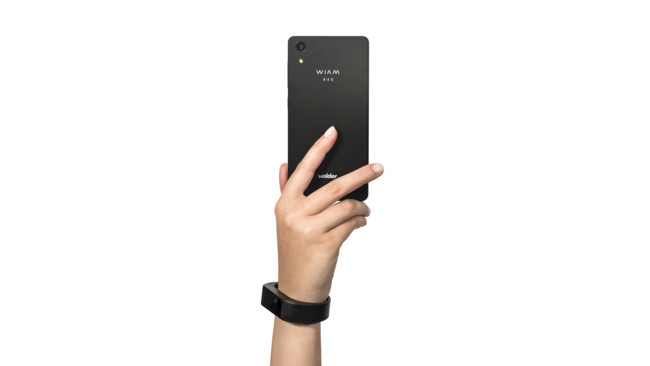 Wolder has also made a dent in your catalog to a range of more conventional entry, but with the intention of giving an incentive to encourage to purchase, the Cantabrian company has said that it will accompany a SmartBand for the same price.

The WIAM # 46 comes equipped with a 5-inch IPS display with resolution of 1280×720 pixels. Its processor is a MT6735P MediaTek quad-core 1 GHz 64-bit , and comes with 1 GB of RAM and 8 GB of internal storage expandable to other MicroSD card 64. Its front and rear cameras are 5 and 13 megapixels respectively.

This phone has dimensions of 145,5×71,3×7,5 millimeters and weighing 137 grams, it comes powered by battery 2300 mAh , and includes FM radio, system of gestures to launch applications with the screen off, Dual SIM 4G connectivity and Android OS 5.1.1 also updated to Marshmallow.

SmartBand with which comes with a small OLED screen has 0.91 inch, 75 mAh battery and also vibrate with notifications we receive has sleep sensor, alarm, pedometer and accelerometer . It will connect to your device via Bluetooth 4.0 and is compatible with any Android from version 4.3. 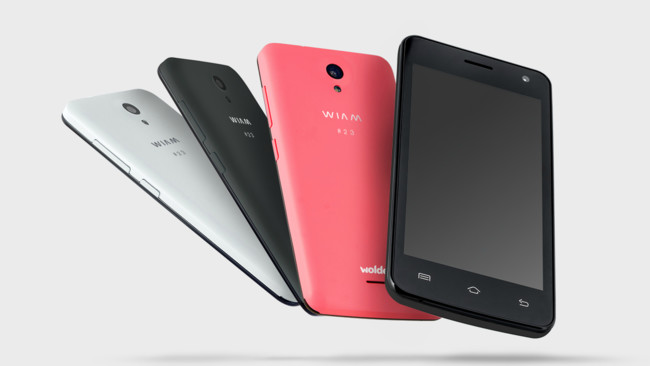 For those looking for a mobile that is not only economic, but also want it to be too big, Wolder has launched another range of input much easier. It is a device with a 4.6-inch IPS screen with a resolution of 854×480 pixels and a much simpler than his three brothers finish.

Inside us We can find a processor MT6735M quad-core 64-bit 1GHz signed by MediaTek, 1 GB of RAM and 8 GB of internal storage expandable via microSD card. Taking advantage of its low resolution battery is 1,800 mAh, and their cameras are of five eight megapixels.

The smartphone has a size of 136.5 x 67.5 x 8.9 mm and weighing 132 grams. To do Wolder highlight not only play the trick of 64-bit processor, but also the updates. This means that also come with Android 5.1.1 operating system Lollipop series, this little device also upgraded to Marshmallow .

The two youngest members of the family, WIAM # 23 and # 46, go on sale today for a recommended 99 and 179 euros respectively price. The WIAM # 71 will also be available from today for 199 euros, but his older brother and clear star of the presentation will be to pray until December 5 , date that will be put to the sale for 299 €

-.
News Wolder presents its new range of devices: WIAM 23, 46, 71 and 71+ was originally published in Engadget Android by FM Yubal .