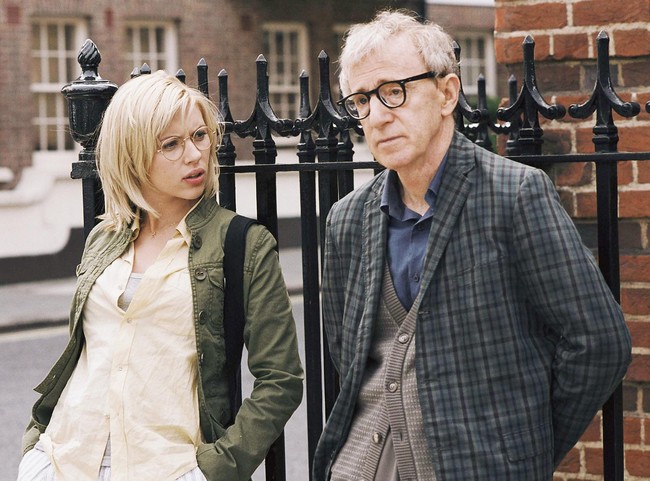 Woody Allen continues to be linked to the group of bullies and abusers of Hollywood, but the filmmaker has returned to defend his innocence in a new interview. In October, Allen called “sick” Harvey Weinstein “ill” and said the scandal was “sad”, but was concerned that a referral in a “witch hunt”. In your mind should be the accusations Dylan Farrow.

Indeed, your step-daughter used the movement #MeToo to remember your version of the facts (he claimed that he abused her when she was a girl) and ask all those who have worked with Allen that would condemn publicly and never get it to work with him. Some actors continue to support the director but the majority has decided to believe Dylan and have reneged on their films with Allen. Now this one, perhaps more aware of the overall picture, wanted to show clearly your support of the #MeToo. With a touch of humor in the house brand, maybe unlucky…

[On the accusation Dylan Farrow] “I certainly feel badly because you accuse me of something terrible. It hurts Me, it hurts my family. Something that was tried 25 years ago. Was investigated by two different sources and it turned out to be completely false. Of course, I feel bad. It is terrible to be accused of something so horrible. When you have researched and found to be completely innocent, suddenly returns… of Course, you feel distressed.”

[On the #MeToo] “What bothers me is that I linked up with the terrible bullies. People who have been accused of abuse by 20 women, 50, 100. I was accused once in a case of custody of minor which was analyzed and showed that was false. I grouped with these people. As I say, I’m a big advocate of the movement to Me Too. I’m touched when they found people who harass women and innocent men. It is good to expose them.

It’s funny, I should be the guy in the poster of the movement for Me Too. I worked in movies for 50 years, I worked with hundreds of actresses and not a single, famous, beginner, no one has suggested any kind of indecency. I’ve always had a behavior wonderful with them. I created roles that are great for many women. There were 60, 65 award nominations for the women that worked in my films.

I have employed hundreds of women, more than 200 women in the teams of my films, behind the scenes, for years, hundreds of them. And we have always paid the same as men. We have a record wonderful. I’m on your side and I feel part of that. In principle and spirit, I am fully in favor of that to bring to justice the real perpetrators.”

I Recommend reading the interview that made him Jorge Lanata because it is fun and interesting, not limited to the topic of abuse. On the other hand, it is worth to remember that Woody Allen has a movie in post-production entitled ‘A Rainy Day in New York’, which still has no release date and, due to the controversy, could stay in the fitting room and does not reach the public. For the moment there is not even a trailer.

Was produced by Amazon Studios and starring Elle Fanning, Jude Law, Liev Schreiber, Rebecca Hall, Diego Luna, Selena Gomez and Timothée Chalamet, among others. Hall and Chalamet are two of the performers who have repented of working with Allen, and they have even donated the money they earned to the causes of the movement #MeToo.

Kate Winslet: "I Think that, in a way, Woody Allen is a woman"

–
The news Woody Allen supports the #MeToo and believes that it should be “the guy on the poster” of the movement was originally published in Espinof by Juan Luis Caviaro .

phoneia.com (June 7, 2018). Woody Allen supports the #MeToo and believes that it should be “the guy on the poster” of the movement. Bogotá: E-Cultura Group. Recovered from https://phoneia.com/en/woody-allen-supports-the-metoo-and-believes-that-it-should-be-the-guy-on-the-poster-of-the-movement/