‘Wu Assassins’: great action east on Netflix much above a dash flimsy 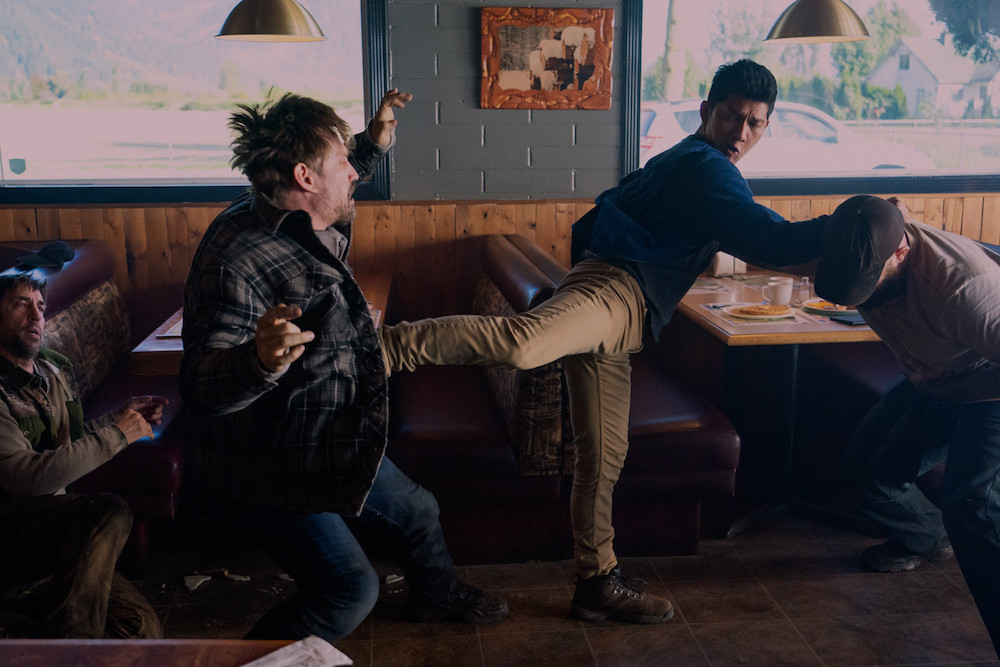 Accustomed to the deplorable treatment visual that have martial arts on television, was of justice to approach on tiptoe to ‘Wu Assassins’. is Iko Uways, however, guarantee certain warranties in combat, just that the realization accompany: with a career relatively brief (the two ‘The Raid’, ‘Merantau’, ‘Headshot’the incredible ‘The Night Comes for Us’ and the recent, sympathetic ‘Triple threat’) has become one of the new stars of the cinema of action more physical.

that’s why, it is a relief check from his first minute to the very respectable visual treatment that have fighting in ‘Wu Assassins’: are rolled in the purest oriental style, without editing confusing, with general plans sustained, good location of the space and actors in most of the cases they interpret their own fights. These are, in addition abundant, and shine in almost every episode one or even two very notable.

that Is to say, ‘Wu Assassins’ is a series of martial arts where martial arts are more than noteworthy: some of the action sequences, like the fight at the roadside bar, or in the factory of the penultimate chapter would clash in a movie medium of the genre. They are ingenious and varied, there are occasional stunts powerful, episodes well worked as the assault to the police station and in general, Stephen Fung (director of the series, several episodes of ‘Into the Badlands’ and films like ‘The Adventurers’), know what you are doing.

unfortunately, it fails in ‘Wu Assassins’, precisely, what makes it interesting to ‘Into the Badlands’: an argument aware of their possibilities and amalgame with certain skills all of these notable action sequences. Unlike movies of Iko Uways as a ‘Triple threat’ -a very minor, but with things tremendously clear-, ‘Wu Assassins’ moves of solemn material with a knockdown and less worthy of what the series itself believes, and that deserved a look with a point of irony.

‘Wu Assassins’: Chosen for the murder

The plot of ‘Wu Assassins’ is without question tracks the chosen hero and that unknown destination: Kai Jin (Uways) discovers that he is the heir to some mystical powers with which you have to defeat a series of villains with powers based on the elements. One of them is his adoptive father, Uncle Six (Byron Mann), leader of the triads that is also being investigated by the police and that faces a rival come from Europe, McCullough (Tommy Flanagan).

Multiple fronts that give foot on an adventure with myriad characters and scenarios. Police infiltrated a group of orphans raised under the organized crime of San Francisco, family conflicts between our hero and his uncle,… There are so many fronts that the argument it’s hard to find voltage: one of the villains kidnaps hikers in his basement, in a subplot that lasts only a chapter; problems with the heroine of one of the characters gives rise to a schematic chapter with flirting in Alcoholics States including…

These multiple tentacles give a variety to the series sometimes welcome but at other times, even dizzying, and spoils some powerful insights. Se speaks to us of the power of a thousand monks in the hands of the hero, but that mood of superhuman never gets to be displayed. The idea of the appearance changes, to adopt the appearance of each one of those thousand monks seems just an excuse for Mark Dacascos make a cameo. And the parallel world where it trained the main character is not used. 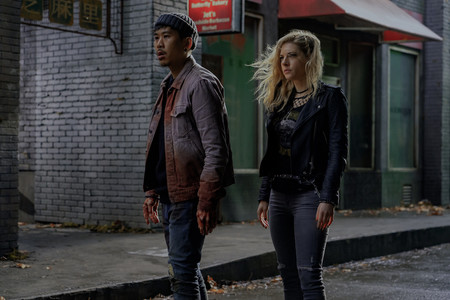 All of this comes accompanied by a lack of a sense of humor somewhat disappointing, especially when it comes to resources so manidos as that absolutely all the characters have their corresponding trauma from childhood, in some cases -leaving the radio in the car!- unintentionally comic. The same time that without doubt has been dedicated to the action sequences are above average and should have been focused on a screenplay with a little more edge. And so we would be faced with something more than a series of competent, but where only really shine their great fights.

'Wu Assassin' launches its trailer: the star of 'The Raid' stars in the new fantasy series, and martial arts Netflix

'Chernobyl' is much more than a phenomenon tv spot: a masterful exercise of terror more pure

–
The news ‘Wu Assassins’: great action east on Netflix much above a dash flimsy was originally published in Espinof by John Tones .