Xenoblade Chronicles 2 will be updated next week

Removed some bugs that prevented to complete quests.

Xenoblade Chronicles 2 will receive an update next Wednesday, December 20th 1.1.1.

This patch will solve some errors. One is related to the sequence Something in Common in the theater mode and return to the game, a bug moves the camera and will remain so until you restart the game. if this happen, it is not recommended to save the game and restart, although that is suppose to lose your progress.

there are Also other errors that prevent completion of missions, will add a easy mode for the mini-game Tiger! Tiger! and improvements will be made in the overlay of the minimap.

in Addition, the update will add a few extra objects for those who have purchased the season pass. 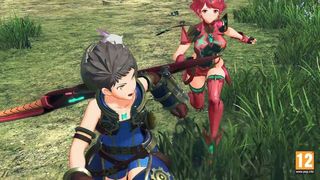 Xenoblade Chronicles 2 is already available in the Switch. our guide I can give you some tips to overcome this adventure.