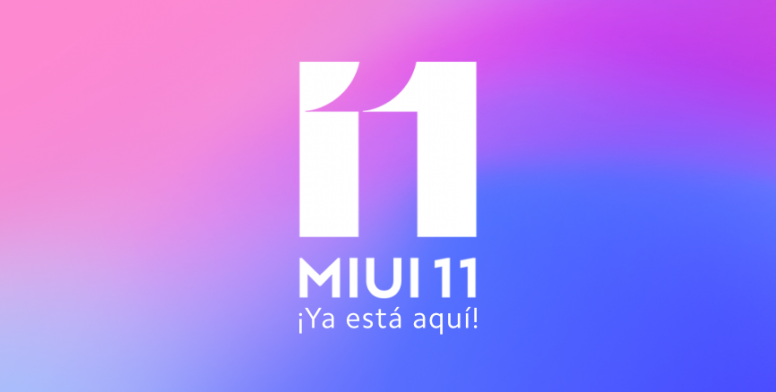 During the presentation of the My 9 Pro and the My MIX Alpha, Xiaomi also announced the salient features of the next version of MIUI, MIUI 11, whose developments are focused in usability and design. This new version of the personalization layer by the chinese manufacturer would come on board these two phones and would be arriving progressively to the terminals of Xiaomi that are already on the market.

Now, in the same way that Huawei in early September released the roadmap update to EMUI 10, Xiaomi has announced the official list of the models that will come that update to version global MIUI 11, and the approximate dates in which they will receive. This new calendar is supplemented by the already published yesterday Redmi and includes both the phone as the Xiaomi.

The update begins the next day 22

A redesigned user interface and optimized, with the focus placed on the display content it is one of the main new features of MIUI 11, which, as we know it is based on Android 10. Among its features, we find, for example, the dynamic scaling of fonts, and new sound effects, along mode Always On (Ambient Display) improved and innovative system of transfer of files via WiFi.

Test MIUI 11: the new layer of Xiaomi surprised by your new design and convinces with its performance

As confirmed by the own Xiaomi, the calendar of updates to MIUI 11 includes, for the moment, three phases, and the first of them is will begin the next day, October 22, and will conclude the 31st of the same month. The dates of the second and the third phase have not been revealed yet, but if they match with those published by Redmi, we would be talking about, on the one hand, from 4 to 12 November and, on the other, from 13 to 19 November. 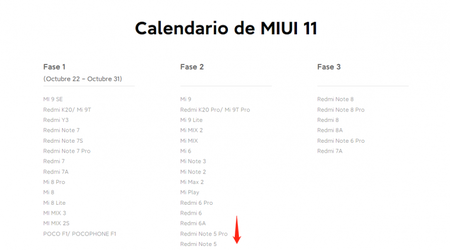 So, as we can see in the picture, nothing less than 14 terminals of Xiaomi and Redmi will begin to be updated to MIUI 11 next week:

MIUI 11 it is official: major news and mobile of Xiaomi that will receive the update

–
The news Xiaomi announces the official schedule of updates to the global version of MIUI 11 was originally published in Xataka Android by Laura Sexton .

Xiaomi announces the official schedule of updates to the global version of MIUI 11
Source: english
October 17, 2019