Xiaomi shows ads in the settings of some versions of MIUI: so you can turn them off if you appear 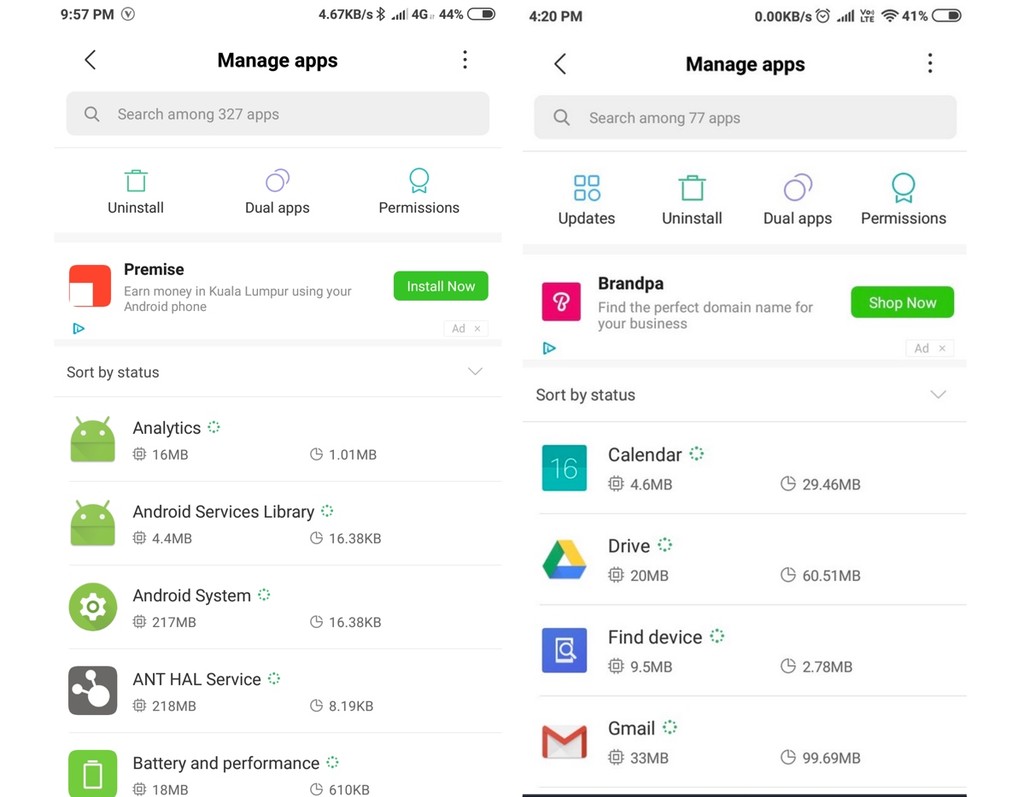 MIUI, the layer of personalization of mobile Xiaomi, it has always been characterized by offering a huge amount of options, but also for being very overloaded. In addition to come with dozens of pre-installed applications, one of the reasons why it seems so heavy it is for its advertising. Since several years ago, some of the applications of MIUI as the file browser or the music app added ads that appear from time to time.

Now from Reddit has re-opened the debate from the complaints of several users, where they show screenshots of the settings of the system with ads integrated. Just in the settings for “installed applications” and under the options block, applications dual and permissions.

Some versions of MIUI added ads up in the system settings

A small banner appears marked as advertising, and an install button that will take us to the application publicised in question. This advertising would appear in ROMs chinese, mainly those of a distributor. However some users are also seeing the ads in the beta and in the version stable global MIUI 10.

In our case we have tested the ROMs global and chinese MIUI 9.2 and we have not seen any announcement. Other users have also reported that in MIUI 10 global don’t see any announcement. Therefore it still there is a particular pattern of when to appear, or in what versions, but it is well known that Xiaomi introduces advertising in several applications of their own, and these ads fit within what would be a further step in its strategy.

it is Also common to be advertising on the desktop in the ROMs chinese, right in the area left where it is often found Google Now, and Xiaomi replaced by their alternative. Hence, to skip ads, also in the own settings of the system it seems to us excessive. If you have a mobile phone, Xiaomi purchased of import and the ROM is china with MIUI, we advise you to continue reading the next section. Otherwise, the usual is that these ads don’t appear on mobile.

How to remove the ads on MIUI

Some applications such as My Music, My File Explorer, Browser or Security of Xiaomi added ads in the usual way. It is a practice that is not hidden and in some cases, like the file explorer serves to monetize an application is also available for download on Google Play on mobile phones of all brands.

If you want to disable these ads, since a few versions can be done in the settings menu. We must press the left upper button of the three lines, go to settings, and then click Recommendations. Once there, you need to uncheck the “identifier for advertising”. A similar option is found in the Security app of MIUI and even in the Downloads, also in MIUI 10, where these settings are located in the privacy menu.

in Addition, since the additional settings of MIUI, in the section privacy you can turn off the id of advertising and revoke the permission to the application ‘msa’ (SystemAdSolution.apk), in charge of analyzing the mobile, and to offer advertising.

Via | Reddit
Xataka Android | Guide to fund of MIUI: 25 tricks to make the most of your mobile Xiaomi

–
The news Xiaomi shows ads in the settings of some versions of MIUI: so you can turn them off if you appear was originally published in Xataka Android by Enrique Perez .