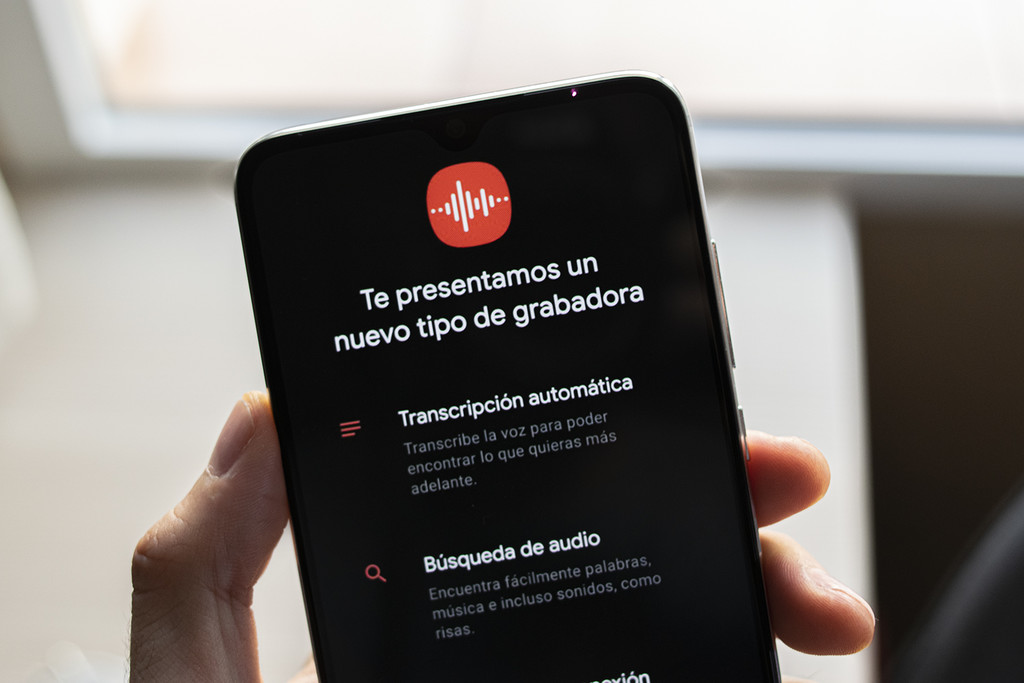 We are waiting the arrival of the October 15 for Google to show us the Google Pixel 4 and Pixel 4 XL, two devices which hope to arrive with Android 10, a new theme selector and a new sound recorder that we have already seen leaked, and that, interestingly, has been updated (although that is not yet available in Google Play) with an interesting feature: transcription of voice in real-time.

In a certain mode, it works as other alternatives present in the market like Otter.ai or transcription services based in the Amazon cloud, or Microsoft, just that this can be done without a connection, and from the comfort of your mobile. While we did record the audio, the app will analyze what was said and converted to text with a level of precision quite correct, or so it has been in the testing that we have done.

For the moment, English only 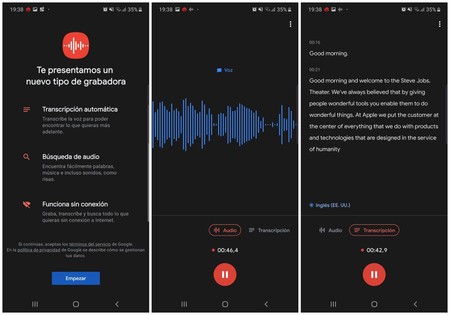 In the screenshot right you can see how audio is converted into text in real-time.

to be able To test it just go to APKMirror and download the latest APK available. Theoretically should work on any devices, even though we have tested on a Xiaomi and a Samsung and it has only been possible to use it in the latter. Subsequently, there are give permission to record audio and start to record.

the state of The art software to transcribe interviews, lectures and trials

The app offers us two options: text or audio. Si selected “Text” will get a transcript of all that we are recording. At the moment it only works in English, so to put it to the test, we have used the video of the latest keynote of Apple. As you can see, the transcription is really accurate, although not the end of detect good points, commas, and pauses.

In XDA have analyzed the application and have discovered that the recorder is able to distinguish applause, birds, cats, dogs, blows, laughter, music, roosters, talks, telephone and whistles. In our case, has not caught the applause initials of the keynote, but it is expected that this function will complete the polishing when it is released the stable version is expected with the Google Pixel 4. 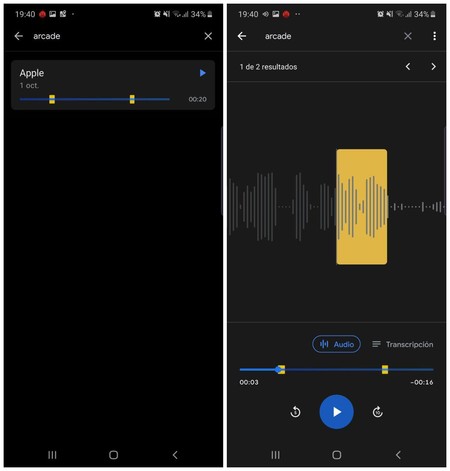 you Can search for key words to obtain the time in which such word is said in the recorded audio.

Another feature that is interesting is the search. Given that you save the text of the transcript, you can search for a keyword in the search box, “Arcade” in our case, and you will be automatically flagged in the audio the time in which is mentioned the word. This can be really useful to transcribe interviews or make sure that I transcribed it coincides with what has been said. Say also that the text can be shared as .txt using other applications.

it Is unknown whether Google will release this app as a app or standalone if you can only be used in the Google Pixel, you possibly have it pre-installed. Google is betting big on the audio transcription, and while this is one example, another one of the most eye-catching is to Google Live Caption, you will be able to subtitle any live content.

How to record phone calls on Android

–
The news you can Already test the recorder Google voice transcription in real-time was originally published in Xataka Android by Jose García Nieto .