You forget the original, ‘Death Note’ is an absolute blast with the stamp of the author, as imperfect as free

When Netflix announced the new adaptation of real action of the popular manga —and post-anime— ‘Death Note’, written by Tsugumi Ohba, the community otaku cursed the decision, fearing that mancillasen his beloved book after passing it by the filter american. A fear more than justified judging by the results seen in previous attempts of Hollywood to move material original japanese to the big screen.

The infamous ‘Dragonball Evolution’, ‘Airbender: The last warrior,’ or the more recent and insipid ‘Ghost in the Shell’ have made it clear that the leap from continent—, and format— has not sat especially well to these characters and stories purely japanese. But ‘Death Note’ has had something that I had not the above-mentioned examples, and that has been a determining factor to make me drop to her: an AUTHOR —yes, in capital letters— fully unleashed.

The knowers of the manga or the anime original will hate instantly ‘Death Note’, while that of between the neophytes emerge two factions distinct. The first is limited to see their chaos narrative and their obvious limitations. The second —in which I stand— will defend to layer and sword each one of the 100 minutes of this imperfect animal teen; violent, and brimming with a style —and a stiff face— that only we could provide a geniecillo as Adam Wingard. 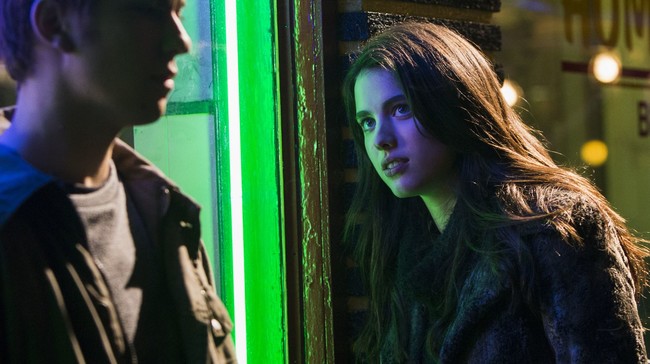 Ladies and gentlemen, ‘Death Note’ that is what happens when you take a filmmaker with so personality as the good of Wingard, you give him fifty million dollars and, more importantly, full creative freedom. The result, as could not be otherwise, it is the most personal work of the Tennessee until the date, which is the occasion of the largest of the celebrations for fans of the genre.

See the title of the film and witness how it illuminates, and encourages, mimicking in a clear reference to the memorable introduction of ‘Thing’ John Carpenter, is the first symptom that we are about to enjoy a product with its own identity. All in ‘Death Note’ yells “Adam Wingard” to the four winds, and their first bars are just the tip of the iceberg.

To the beat of synth and with a bath of light and primary colors taken from the neon ochenteros house brand, the director projected all their likes and dislikes tics without losing a moment explanations or approaches. In a blink of an eye, a fleeting first act passes to the history for, without realizing it, have Light writing names and blow up skulls right and left without moving a single finger.

Because ‘Death Note’ we have come to have a good time. See circular on the screen a litany of archetypal figures that show that rage teenager that many still carry within, to enjoy the gore festive rather old thread and revive the spirit of the great ‘The Guest’ in the a exercise as cool, badass and shameless that it seems hardly replicable. 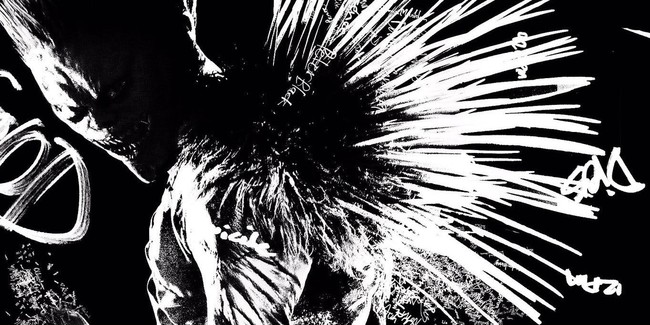 If, the protagonists and the development of the plot of this ‘Death Note’ little —or rather nothing— have to do with the original manga, but, who cares? With this type of production, the public seems to forget that the word “adaptation” is not a synonym for “photocopy”, and that each author and each study can contribute to different visions on the base material.

Both Wingard as the brothers Parlapanides and Jeremy Slater —coguionistas to six hands of the booklet— have been tied to the creation of Ohba to a pure-blood texan and have been dragged from Boston to Los Angeles, embadurnándola of the recognizable character and aroma american. This is something that manifests itself from the last name of the protagonist up in that atmosphere in that football, cheerleaders, socks high and corridors of the institute and u.s. are the order of the day. 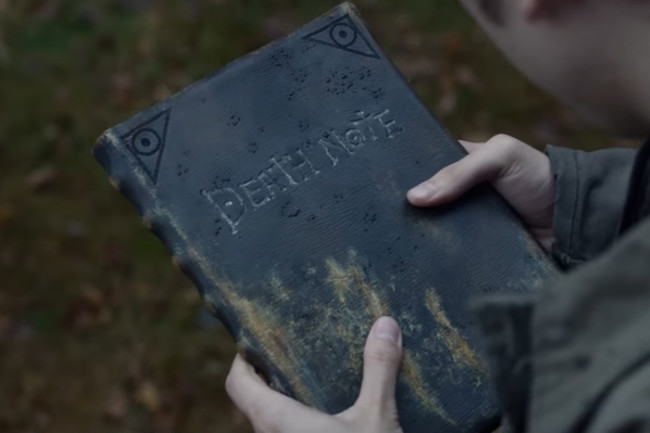 Obviously, ‘Death Note’ is not perfect, or a lot less. The eagerness of Wingard by unleashing your imagination and creativity without making prisoners results in a lack of depth that invites us to swallow all that it offers at the level of argument without stopping to offer a more detailed arches and frames. Everything points to the fitting room ended up nearly in flames judging by the cuts that glimpse in a structure hit by a car, fortunately, does not fall in the grounds of the misunderstanding.

But, like his lack of faithfulness to the source on which it is based, little or nothing care for this trend to step on the accelerator or that, on the whole, ‘Death Note’ seems like a prologue or a simple prelude to something bigger, hopefully, is coming. the All of the cockiness, the brashness and the waste of their own style of both the feature film as its creator more than make up for their mistakes, and I invite you to regrets for two reasons: it has not been already confirmed a sequel with the same team involved, and that we have not been able to enjoy this authentic and descerebrada enjoyed the screened in cinemas.

Overwatch has a very serious problem: dying of success even before the to be true

–
The news you Forget the original, ‘Death Note’ is an absolute blast with the stamp of the author, as imperfect as the free was originally published in Espinof by Victor Lopez G. .

You forget the original, ‘Death Note’ is an absolute blast with the stamp of the author, as imperfect as free
Source: english
August 30, 2017