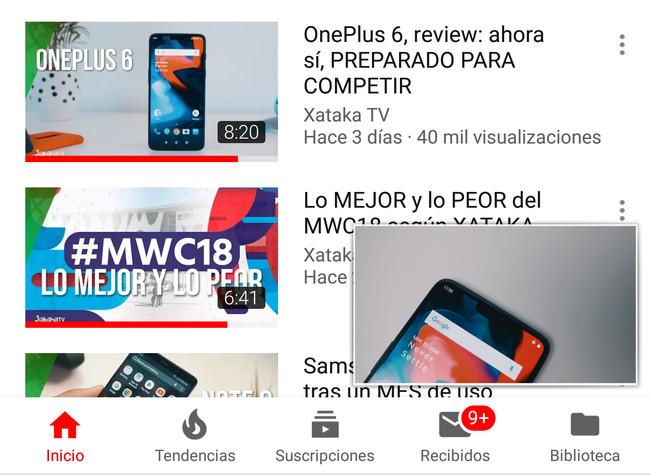 The official app YouTube for Android change the way “minimize” the player to continue using the application while we continue to video the video.

From a few years ago, while using the app in portrait and slide the video down, the player will turn into a small floating window that stayed fixed at the bottom left. That is not the case anymore. 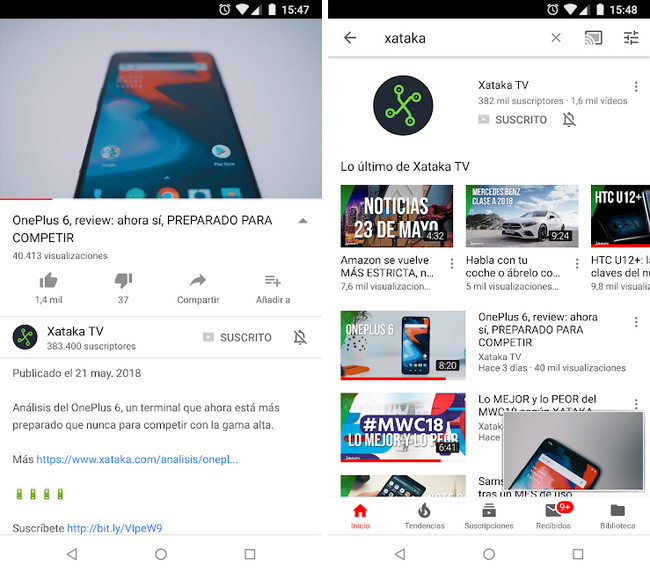 Now when you slide the video had below we see as the video happens to be displayed in a new bottom bar, with a new minireproductor that shows on the left side of the video, in the central part of the title and name of the channel, and on the right side of the controls for pause, and close.

In the previous floating window had not controls, there was no way to pause a video, thing that it happens with the new design of the minireproductor. In addition, now to close it must not slip down the sides, slide it down or press the x button. 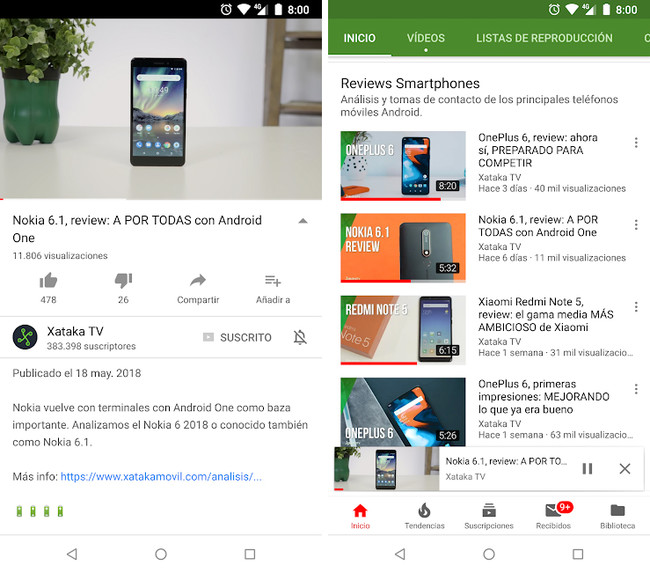 The transition of the change of player full to the bar of the minireproductor is very fluid and follows the speed of our finger. To see the video again in its normal size you just have to slide it upwards.

The previous design of floating window of YouTube could confuse users and make them believe that the video was playing in the PiP mode Android Oreo, when it was the PiP procedure of the application. Now with the new design there will be no more confusion.

–
The news YouTube for Android debuts new minireproductor, goodbye to the floating window was originally published in Xataka Android by Cosmos .