YouTube for Android is pointing to Twitch and will allow the streaming of the display of the mobile version 14.31.50

In the summer of 2015, with the aim of compete against Twitch, Google officially introduced YouTube Gaming, a division of YouTube sector-oriented gaming and focuses exclusively streaming games. A year later, the app arrived in Spain and Latin America with the possibility record and broadcast live from the Android devices.

however, last September, arguing that the games platform caused confusion for the audience and the division between the services split the reach of both applications, Google decided to remove the application from YouTube Gaming and integrate it in the normal application of YouTube. But not all of the functions came to her and one that was left out was the live transmission of the phone’s screen. Up to now, because the version 14.31.50 of YouTube for Android is going to retrieve.

Channels checked, and from Marshmallow 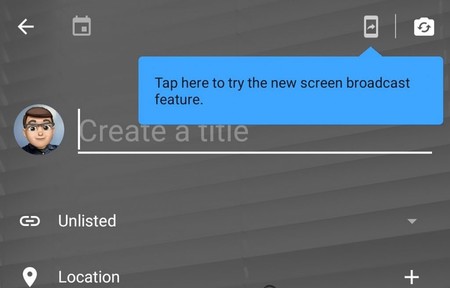 In YouTube Gaming, the streaming of a game directly from the phone and without the need of hardware extra is called “Screenshot mobile” (Mobile Capture). As indicated from XDA from an old file from the support page of Google, Mobile Capture was available to devices with Android Lollipop and later versions.

This support page has been updated to reflect that the functionality is already present in the normal application of YouTube for Android. However, the requirements for live streaming mobile now include the need to count on Android Marshmallow or higher on the Android device. 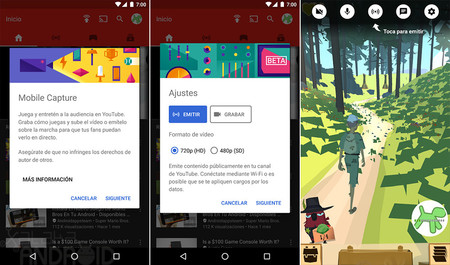 Streaming of the screen of the mobile on YouTube Gaming

in Addition, the YouTube account from which you want to make the transmission live mobile you must have a channel verified no restrictions on live stream and with 1,000 subscribers as a minimum. It is also necessary to enable the ability to stream live from the desktop YouTube.

All of these requirements will prevent many channels fans to test this function, so that, if we take into account that possibly the larger channels already have the dedicated computers for live streaming, it is likely that the scope of this new functionality is limited. In any case, if you meet the requirements and don’t want to wait for the update to test it, you can download YouTube 14.31.50 from APK Mirror.

we Tried the Hatch, the streaming platform video game for Android in which the consumption of data does matter

YouTube Music lets you play the songs stored in the memory of the mobile, so you can do it

–
The news YouTube for Android aims to Twitch and will allow the streaming of the display of the mobile version 14.31.50 was originally published in Xataka Android by Laura Sexton .

phoneia.com (August 1, 2019). YouTube for Android is pointing to Twitch and will allow the streaming of the display of the mobile version 14.31.50. Bogotá: E-Cultura Group. Recovered from https://phoneia.com/en/youtube-for-android-is-pointing-to-twitch-and-will-allow-the-streaming-of-the-display-of-the-mobile-version-14-31-50/