Fortnite Chapter 2: filter the trailer and the map of Season 11

After the end of the game as we knew it will come a new map, with new challenges, rewards and possibilities-playable, as boats, fishing or carrying fallen comrades in combat.

has been the protagonist of the end of the week. The video game Epic Games he has destroyed his entire universe with a black hole, which has engulfed the map, and everything that surrounds it. The event has been so large that, in addition to engage millions of viewers on Twitch, YouTube or Mixer, it has managed to build a fascinating narrative that we have explained to the full. While the game is retrieved and the fans recover from the shock, seems that has leaked a trailer that anticipates all of the content that you will see in , as the new map and much more, with all types of new playable.

Fortnite Chapter 2 bring you more news than a simple map. This is a revolution of concepts are very interesting, because in addition to continuing with the classical mechanics that has been made so famous to the license from Epic Games, it seems that delve into other areas and aspects to build a video game most complete, open, and friendly for all types of audiences. The trailer leaked, what you have below, has been found by Lucas7yoshi -one of the dataminers of the game-so their veracity is almost unquestionable.

What we see in the clip? For a start, a new map. The stage of Fortnite seems to be more spacious, natural, and much less flawed that the environment that we had seen so far, reminding us inevitably to the beginning of the game. Why is it good this? First, because it facilitates the entry of new players -something you need Epic Games to keep the business – and second, because you get that those who had fallen of the wagon several months ago, again. A new map is a fresh start, and that it is always a great idea.

the arrival of The map also brings new vehicles and aquatic zones, such as boats or speedboats, which have a presence more than noticeable in the gameplay. The trailer of Chapter 2 shows battles, chases and races in a river, something that makes us think of and other battle royale and that, in the formula Fortnite, may work especially well. Rowing, diving or swimming, along with fishing, seem to play a leading role. In fact, in general, Fortnite seems to advocate for a more cooperative and entertaining, with a new growth and a challenge system more granular and with activities more accesibles.

In the trailer we see several players felling, fishing or helping their peers -such as by carrying them on their shoulders, a new action-giving a new meaning to the game. This system seeks to reward players less skillful, because it is not so important to kill or get low, but have a good time with your friends. Enter this dynamic will bring rewards, as these tasks will help us to level up. The pass of battle will bring with it new teams, skins and items, cosmetics, among which stand out the new Pogos, a few jumpers that will become viral. The emotes cooperative special, also new, will again break in this season.

The ability to load with our fallen comrades in combat

At the same time that has been leaked this trailer, one of the data miners most prestigious, Lucas7yoshi, has published what will be the look of the map, which, as seen in the video has been renovated from top to bottom, with new areas and possibilities, that sure we will discover in more detail in the next few days.

it Was the main failure: it was getting difficult to re-enjoy Fortnite if dejabas of play for a few months. Now Epic has wanted to restart everything, to create a scenario that is more free and comfortable, similar to your beginnings. Avoiding constructions ridiculous and the vice of the mechanical parapet -they were doing the competitive-boring-, with this Chapter 2 it seems that the battle royale is returning to its origins and became what it was in the beginning: a playground for all in which have a good time regardless of our ability or level. 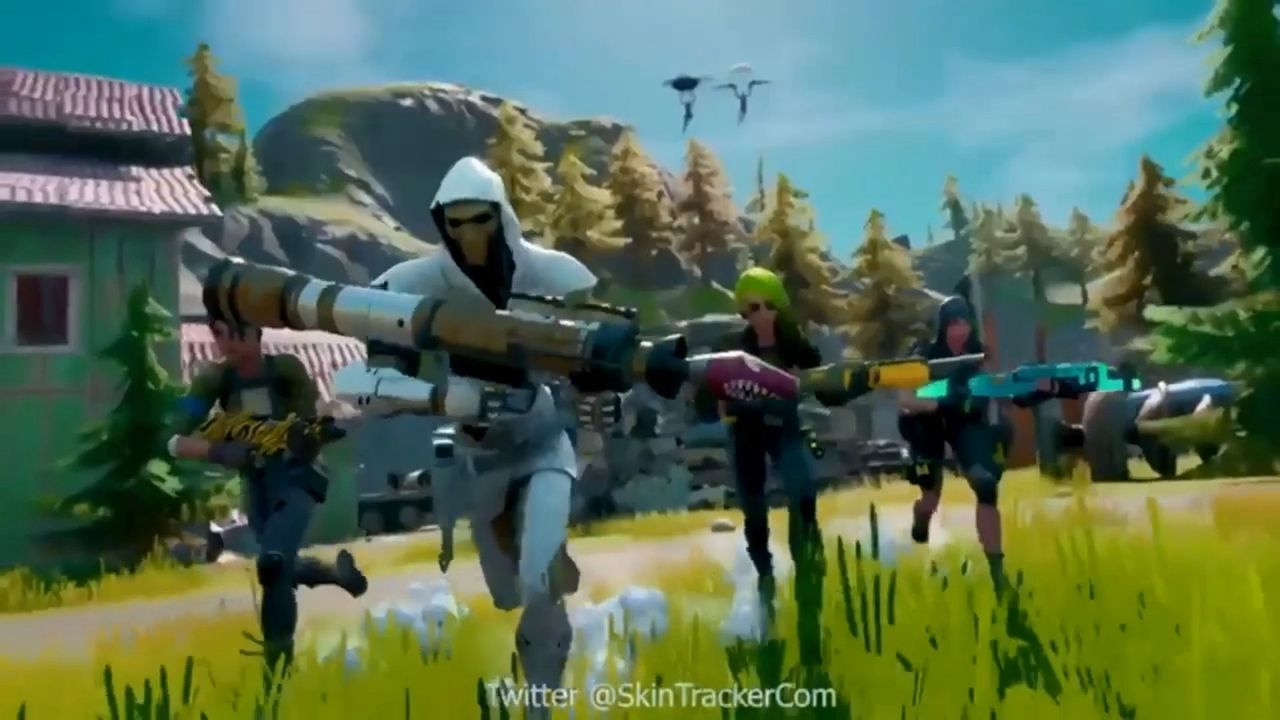 Fortnite Chapter 2: filter the trailer and the map of Season 11
Source: www.vandal.net
October 15, 2019