Galaxy Tab S4: begin preparations for the launch of the next tablet of Samsung high-end 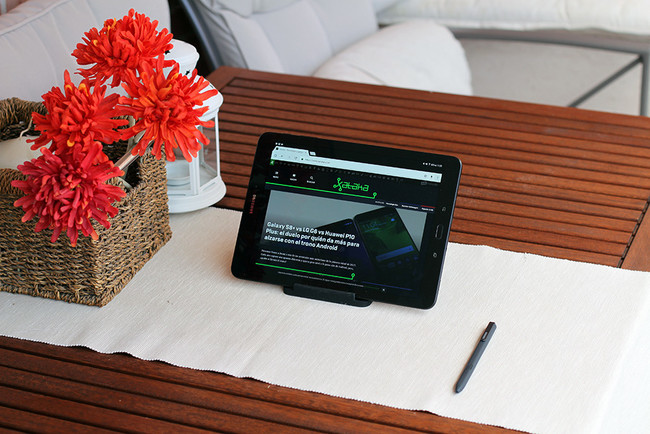 The tablet market does not pass through their most active, that much is clear, but it does not mean that you are asleep. recently, Huawei introduced the new MediaPad M5 and there are rumors that point to new models of brands such as Xiaomi with the MiPad 4 or Samsung with the Galaxy Tab S4.

it was Precisely from this last came to talk. After filtering through a test benchmark several weeks ago, the Galaxy Tab S4 has become to make an act of presence, this time on the website of the WiFi Alliance, suggesting that your launch could be closer than expected.

As we said, the fact that the Galaxy Tab S4 has received the certificate from the WiFi Alliance is a sign that Samsung is finalizing details for the official presentation, but by the time there is no confirmed date.

The tablet, that corresponds to the product code SM-T835, account with Android Oreo series and, as we mark the tradition, would come to the market in two versions: one with WiFi connectivity and another with WiFi and 4G. About the specs, the benchmarks suggest that it will have a processor Snapdragon 835, not the latest model, accompanied by 4 GB of RAM memory. For the internal capacity, we would have a unique option of 64 GB.

With respect to the screen, has leaked a single model of 10.5-inch with 16:10 format, so that we would talk about a format that is more panoramic than the previous versions. In the case of cameras, the information points to a sensor rear 12-megapixel camera and a front 8-megapixel camera.

Taking into account that the Galaxy Tab S3 was announced in February 2017, the Tab S4 already have jumped to the cycle of annual renewal, but before that Samsung used to announce new models in June, so that we may have news at the beginning of the summer.

–
The news Galaxy Tab S4: begin the preparations for the launch of the next tablet of Samsung high-end was originally published in Xataka Android by Amparo Babiloni .

Galaxy Tab S4: begin preparations for the launch of the next tablet of Samsung high-end
Source: www.xatacandroid.com
May 2, 2018