next week there will be the 10th anniversary of Gears of War and Microsoft has announced that there will come a pack of downloadable content for Gears of War 4 with which to celebrate it. Will be the Tenth Anniversary Gear Pack and will be available starting Monday, November 7.

the pack will include a new character for the multiplayer, Gary Carmine, as well as weapons own of his brothers: Longshot Anthony, Gnasher Benjamin and Lancer of Clayton. Will new weapons (versions of anniversary of Lancer, Hammerburst, Retro Lancer, Markza Mk 1 and Enforcer) and emblems (Gary Carmine and anniversary). The contents between the users will be able to get, in addition, 5 bounties, each one linked with a title of the saga. 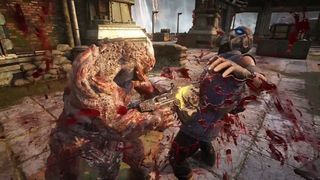 This pack of content will have to get mandatory playing: cada pack of 200 credits (available in multiplayer) includes an item of personalization, logo, etc, the Tenth Anniversary Gear Pack.

Microsoft has also announced that there will be events on-line community to celebrate the anniversary, but by now you have not given details about the same. Yes has been specified that there are new lists of game: this is the return of “One Shot, One Kill” and “Gnaserhs-Only King of the Hill”. 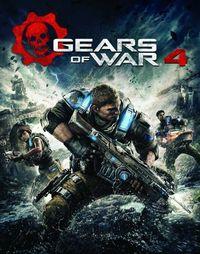 Gears of War 4 will receive a pack to celebrate the 10 years of the saga
Source: www.vandal.net
November 6, 2016