PES 2017 will come to Android by the end of the month, you can already register 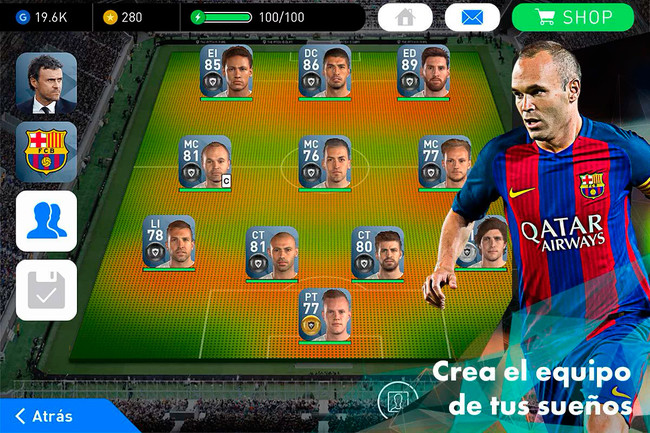 In October of last year, the Play Store welcomed you to new version of FIFA, one of the sagas of football games more popular. But to FIFA Mobile is about to get a hard competitor, and that is Konami has opened the registration prior to the arrival of his new title: PES2017 -PRO EVOLUTION SOCCER.

The new PES2017 debuts a new system of natural control, according to Konami, has been designed to take maximum advantage of the capabilities of touch screens. This popular franchise come to mobile devices later this month, but has already been opened for registration through the Google Play Store so that you can learn nothing more to be released.

The engine of the original game, optimized for mobile

Konami says that the mobile version of its popular saga Pro Evolution Soccer has been created with the engine of the original game to consoles, but optimized for mobile devices. have Also created a new control system designed for touch-screens that allow you to perform movements using touches and gestures on the screen. There will be two modes of control, the ‘Advanced’ that will allow you to execute movements that are more tight and the ‘Classic’ with the usual d-pad virtual.

The mobile version of PES account with all associated licenses of teams and competitions as the UEFA Champions League and allows you to create teams with some of the players most well-known of the moment. In addition, it will allow to compete against other players in online matches.

Speaking of the connection, as specified by Konami in the description of the game, PES2017 will be an online game, so it will be necessary a permanent connection to play. About the payment model, the game will be free-to-play, that is to say, that it is free but there will be items of payment within the game. If you register before, you’ll be able to win an agent at the silver level for FC Barcelona, Borussia Dortmund or Liverpool FC.

pre-Registration | PES2017 in the Play Store

–
The news PES 2017 will come to Android by the end of the month, you can already sign up was originally published in Xataka Android by Amparo Babiloni .

PES 2017 will come to Android by the end of the month, you can already register
Source: www.xatacandroid.com
May 10, 2017