Discusses some of the most important games of the catalog.

YouTube channel GameForest has made a complete video analyzes the evolution and impact technical video game exclusive PlayStation, starting at the dawn of the machine of Sony and ending up in the games most current launching of its fourth generation hardware.

The video, more than half-an-hour, boots in 1995 with Jumping Flash! and ends at 2018 with Spider-Man, closing a cycle of 25 years in the world of electronic entertainment. The idea of the video is not to demonstrate the change of the software along the PlayStation, PlayStation 2, PlayStation 3, and PlayStation 4, indicating trends playable, graphic, or aesthetic, something that is priceless.

it Is a good way to look at how the sagas have been changing, by adapting to the hardware and taking revenue from the increase of power

we Can appreciate from the dawn of the 3D in the first bars of the first model of the Sony console for the games that accompanied the PlayStation 2 and PlayStation 3 and earned a place in the hearts of many users. It is also a good way to look at how the sagas have been changing, adapting to the hardware and extracting revenue from the increased power of desktop systems. 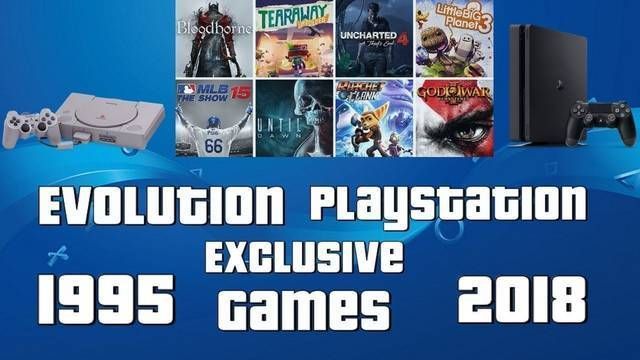 So has been the evolution of the exclusive games from PSX to PS4
Source: www.vandal.net
December 17, 2018