So indicates a new leak.

Capcom yesterday released on Steam a trial version of Street Fighter V with the upcoming new features in which they are working, but failed to properly protect it, and various fans discovered its existence and managed to access it, causing a great leakage of information about the possible future of the game. 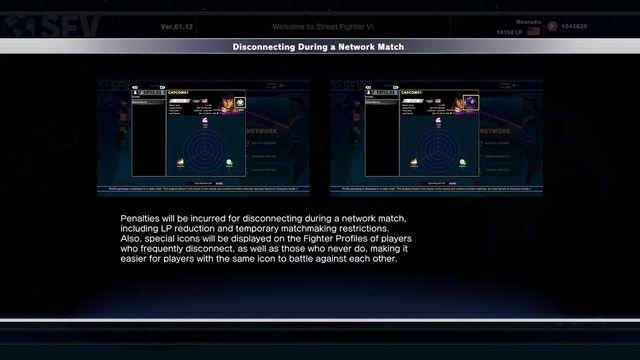 Among the highlights we find the inclusion of a new icon to point to and mark those players that are often disconnected from online games, something that will also help the system to match players that have this icon.

similarly, those users that never is disconnected will also receive an icon on your profile to indicate that you always end up fighting, so that should only be found with other players with the same award.

Obviously, the penalty points and the temporary restrictions in the matchmaking system that currently exist for those who are disconnected repeatedly will remain in effect.

on the other hand, this leak also indicates that changes will be made in the balancing of the fighters and added the possibility to choose the music we want to listen to individually for each game mode.

Finally, the images of the menus have been updated and one in particular could indicate that Azam, the bodyguard, Rashid, could be one of the playable characters in the second season.

Street Fighter V is now available for PC and PlayStation 4, and the December 20, join Akuma to the template of fighters.

Street Fighter V will be marked with an icon the profile of those who are disconnected during the fighting
Source: www.vandal.net
December 16, 2016