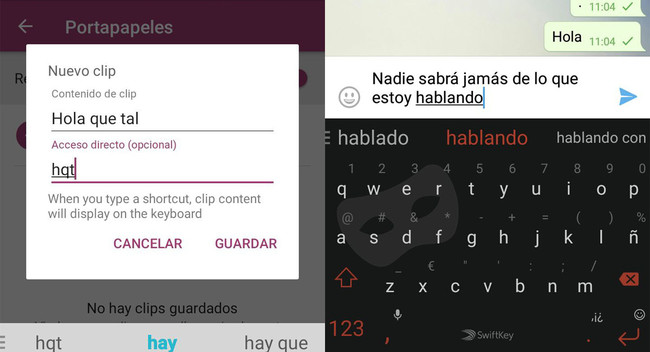 SwiftKey is without a doubt one of the best keyboards for Android. It has everything, from the writing without lifting the finger until themes, custom predictions by neural networks and much more. Best of all is that after so many years, continue to improve the application version after version.

On this occasion comes to the stable version of SwiftKey a number of new developments that we saw months ago in its beta. Is now available for all the new Hub options, which introduces a way Incognito, the clipboard with clips of text and support for five more languages: tibetan, German, Swiss, Yakut, Plattdüütsch and Kurdish.

The bad thing is that Swiftkey incorporates a word completion so good that after using it for a while, the predictions say a lot about you. Do you get used to collate four insults of every five words that you write? That is all very well, but maybe not so much if you share the phone with another person (or a child) and don’t want the prediction to incorporate these terms. 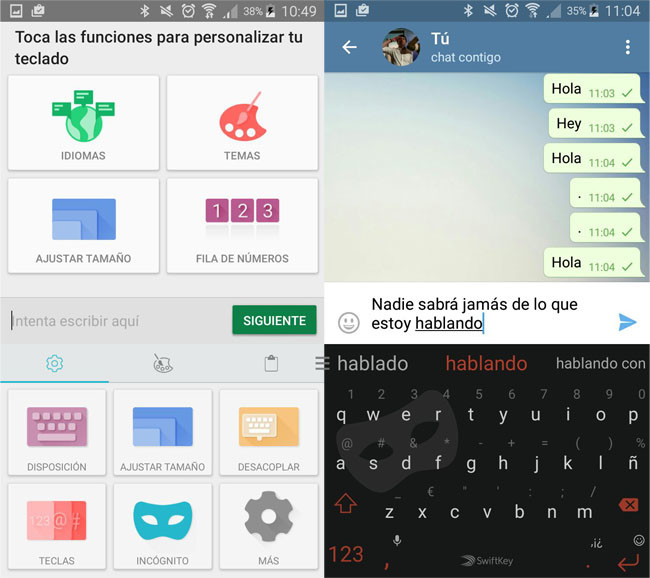 To activate the incognito mode, open the menu of the burger and tap in Incognito in the first tab. The keyboard becomes black and leaves it entirely to learn words. What you write here will not be read by SwiftKey, which is also useful if you are concerned about your privacy. In any case, it is necessary that you don’t get confused because in the excitement of typing with a keyboard incognito maybe you think that all the conversation is, and that depends on each application.

This feature because we saw it a long time ago in the beta of SwiftKey. In the same menu of hamburger, in the last tab of the Clipboard. Here SwiftKey will capture your Clipboard and display it, if your mobile supports it, but not save it to the cloud and only recall those texts less than an hour ago. 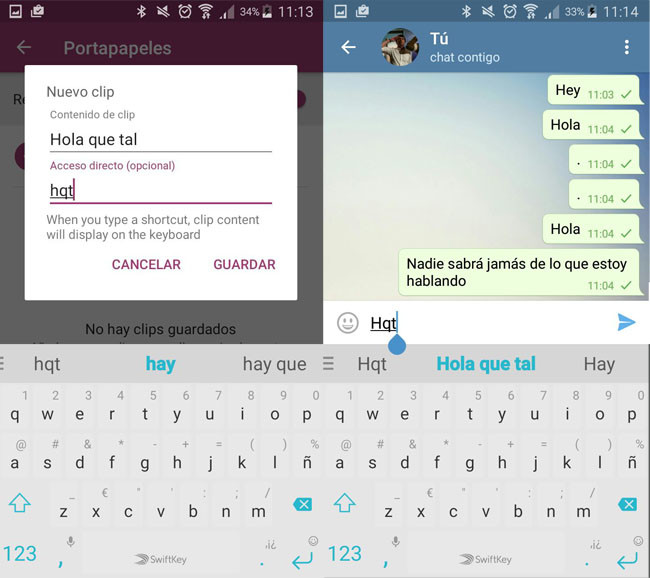 The clipboard is bound to the clip of text: fragments of texts, pre-recorded that you can associate to other texts shorter. For example, you can convert “hdp” in “Hello Mr. Smith”. When you type the shortcut associated with it, the text does not expand automatically, but are displayed as suggestion: you must expand the word, which is good because it avoids misunderstandings.

These new features are now available to all in the official release of SwiftKey Beta, from Google Play.

–
The news Swiftkey Keyboard adds incognito mode, the clipboard, and more was originally published in Xataka Android by Ivan Ramirez .