There is already date for the new movie ‘Terminator’ James Cameron, Arnold Schwarzenneger and Linda Hamilton

Terminator will come back in 2019. After the exciting signing of Linda Hamilton to return to give life to Sarah Connor, Paramount Pictures and Skydance Media have announced that the next film of the franchise ‘Terminator’ to be released on July 26, 2019. As we already knew, the director will be Tim Miller, which debuted with the successful ‘Deadpool’ (2016).

David Goyer, Charles Eglee, Josh Friedman and Justin Rhodes are working on the script from the ideas of Miller and the creator of the franchise, James Cameron, which acts as the producer (while wheel sequels of ‘Avatar’). In HollywoodReporter they have published statements of Miller and Cameron where they reveal intentions on the project, confirm details and add some new: 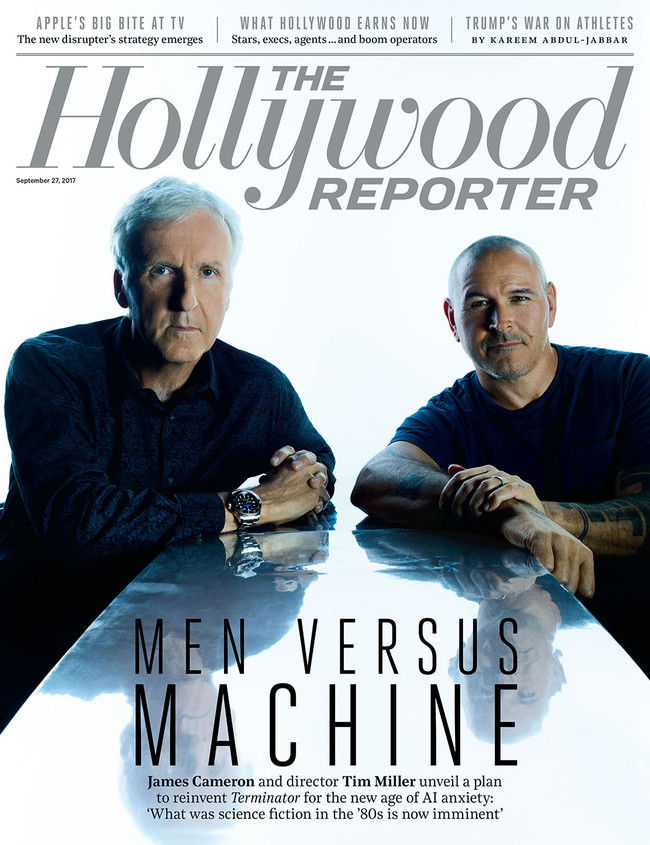 Cameron confirms that Arnold Schwarzenegger will still be the T-800 and his age (71 years) is not a problem because the skin of the cyborg age equal to that of a human being. Miller adds that they are going to give you a different approach to distance themselves from what we saw in ‘Terminator Genesis’ (2015):

“As it has been in other movies, unlike Linda, I think that there needs to be a reason for that here is different. I like the science-fiction realistic. I like the realistic characters. And what Jim said about the aging on the outside while the inside remains the same… well, not the interior to be understood as the brain, because emotionally and intellectually is going to evolve. These are machines that learn.

But this is a way to make it different. Even in ‘Genesis’, it seemed like a slightly embellished from the old Terminator. I think that we must accept your age, and that is what is going to make things interesting and fresh for the fans.”

Cameron confirms that the new installment picks up the story of ‘Terminator 2’ and will ignore all the sequels that did not lead him:

“it Is a continuation of the story of Terminator 1 and 2. And we will pretend that the other films were a bad dream. Or an alternate timeline, which is allowed in our multiverse. Really, this was most pursued by Tim, surprisingly, because I was pretty agnostic. The only thing I insisted was that, somehow, we modernize and what reinventemos for the TWENTY-first century.”

A curious detail in the margin of ‘Terminator’: Miller’s mind that Cameron was key to the realization of ‘Deadpool’. After reading the script he said he was going to make a phone call because Fox had to make that film.

why would you put the cruise control on my car requires two steps? How to design the usability and security in automation systems

it Linda Hamilton returns to 'Terminator'! The new trilogy will depart from the films of James Cameron

–
The news there is Already date for the new movie ‘Terminator’ James Cameron, Arnold Schwarzenneger and Linda Hamilton was originally published in Espinof by Juan Luis Caviaro .