Trailer ‘Yesterday’, the new comedy from Danny Boyle and Richard Curtis with songs of the Beatles


Now that you met a decade since we were able to check how Ricky Gervais not happen for your best creative moment with ‘Amazing but false’, the last director at leave the boat James Bond, Danny Boyle, repeated a move similar, with the difference that what is invented now is the Beatles.

‘Yesterday’ is the new comedy from Danny Boyle, and features a script by Richard Curtis (‘Love Actually‘, ‘Notting Hill’). The movie is starring Lily James, Himesh Patel, Ana de Armas and Kate McKinnon and will be released in Spain next 14 June.

The film tells the story of a musician, played by Himesh Patel, with a desire to succeed in a world that does not remember the musicians of Liverpool. Become the only person on the planet who remembers the music of The Beatles, will use these songs to become the musician’s most famous world.

What is certain is that despite having an idea more or less original, the movie is a clear example of “feel good movie” that will delight fans of the paradoxes and to the romantic comedies with the aroma of british. In addition, we have not yet known Beatles song that annoys. Well, yes, there is a version in ‘Justice league‘… 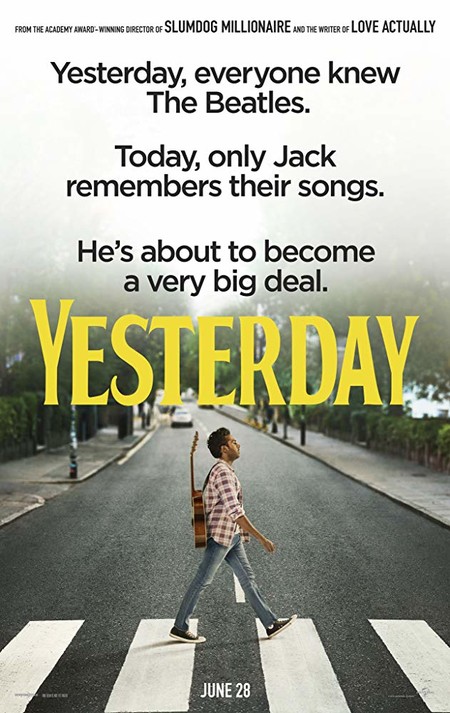 The mobile screen has been devouring chassis and sensors, but it has not been easy

‘The return of Mary Poppins’: an unexpected wonder that defines to perfection the magic of cinema

First trailer for 'The lion king': the new remake in live-action Disney promises to recover the magic of the original

–
The news Trailer of ‘Yesterday’, the new comedy from Danny Boyle and Richard Curtis with songs by the Beatles was originally published in Espinof by Kiko Vega .

Trailer ‘Yesterday’, the new comedy from Danny Boyle and Richard Curtis with songs of the Beatles
Source: www.vayatele.com
February 12, 2019