20 years of ‘Futurama’: one of the best series in the history of television

on The 28th of march, 1999, the Matt Groening in association with David X. Cohen, producer, and screenwriter of ‘The Simpsons’, taught the world to his second son through the chain FOX.

During the seven years, ‘Futurama’ showed the adventures and misadventures of Fry, a pizza delivery boy whose life is shattered by the December 31, 1999, the day on which he stumbles and accidentally falls in a capsule, dry ice blasting which wake up 1000 years later. The plot of this sitcom futuristic revolves around the life of the employees of the delivery company “Planet Express”, whose precariousness and lack of professionalism will lead to all kinds of crazy situations.

The best series of the TWENTY-first century (Part IX)

Paradoxically, it was the future time to the beginnings of the series which led to its renovation, and, later, to success. After four seasons in broadcast, Futurama was cancelled in 2003, passing without pain nor glory by the above-mentioned FOX. However, the success of sales in DVD and the high audience ratings achieved during their re-emission at Adult Swim, channel a subsidiary of Cartoon Network, did rebirth.

These first four seasons were the responsible for laying the foundations of the universe Futurama: The Land is now governed by a unified government, headed by the President of Earth, Richard Nixon. In turn, the Order of Democratic Planets is the Organization of the United Nations, forming a political universe somewhat similar to the dream (or nightmare) american. The robots have the freedom and free will, despite being treated as second-class citizens; in the same way, the human “mutants”, with some kind of physical abnormality, are relegated to the sewers.

But, what is it that makes Futurama such a special series? will The time and place in which it is set? Do your characters? Does your science and fiction?

Nostalgia futuristic at the highest level 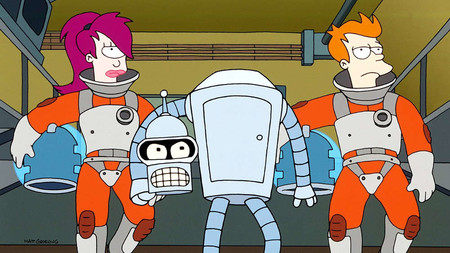 I would venture to say that Futurama owes its success to the deep chaos that make up all of its elements: since the composition of scenarios and stories, to the diversity and social policy, or the sharp contrast between comedy and drama.

Futurama is a series of nostalgia futuristic: this is the melancholy towards the past and towards the future. Fry, our protagonist, longs for his old life in the year 2000, yes, but when you feel that you have lost it, also what makes your current story.

Although the political is very important, not so much his criticism of the same, more so in its predecessor, ‘The Simpsons’. Except in a few episodes, such as “the taste of freedom” or “three Hundred billetazos”, the frame of government is limited to simple skits. 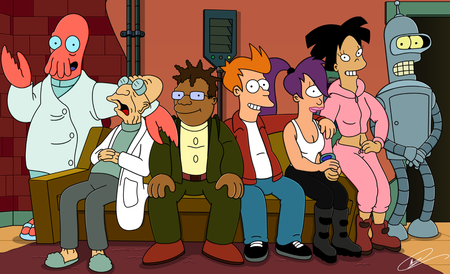 Within the elements that make up the sitcom, I believe it is important to emphasize the conception and the development of the characters: crazy and with a few personalities such extreme and difficult-to-match in real life, they break entirely to the viewer as soon as it is seen identified with any of its acts. It is the contrast between the more absolute of the fiction and the few situations mundane what makes us reflect and see ourselves in the future, reflected.

we’ve All been, at some point in our lives, the tare of Fry, in love with, trying to win Leela making the most of the follies (“Parasites lost”); or Hermes, the person most fervently clinging to the bureaucracy, to doubt everything in which you believe (“When Hermes requisitioned his illusion”); and even Bender, the automaton encarnador of the 7 deadly sins in The Earth, who hasn’t thought about stealing a pure giant ever? (“300 billetazos”). 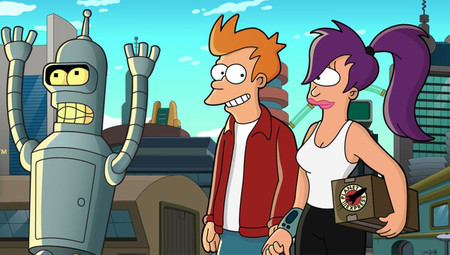 In your top 4, and in my humble opinion, the best seasons, Futurama tends to focus its narrative in fiction: episodes like “Where no fan has gone before”, “A pharaoh unforgettable” or “Christmas Story”, tell stories totally fantastic, with very little scope of reality. While it is true that certain chapters teach us valuable physical laws (“A huge pile of junk”), we do not find a way scientific so pronounced as in the following seasons.

To this fiction the accompanying in addition to a theme, in general, light-hearted and comical, without leaving of side that ability is already intrinsic of animation contemporary adult play with the feelings of the viewer. Who has not wept with Bark jurassic? If you have not done so, you have no heart.

the development of the season 5 onwards follow a trail quite different to its predecessors; the series is about to mature and, in general, becomes the fiction in science, and comedy in moderation. The intention of Futurama with this change is simple and reasonable, like that of any other series that has seen the ears of the wolf after a cancellation: Futurama evolves. 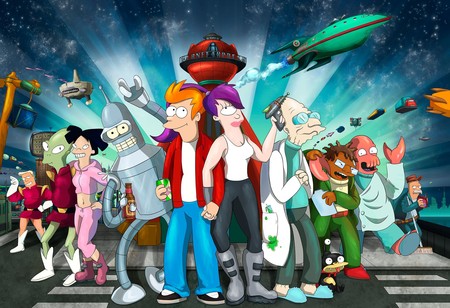 although the popular opinion of the viewers about this latest “batch” of seasons tends to be negative, I like to think of it as a natural step toward adulthood: maturity, responsibility and seriousness, perhaps in too high a dose such as to allow the series to survive. Yes, with the advantage that we can always re-watch youth.

Futurama teaches us that, as much as the years pass and technology advances, the human being will always be a very simple “chunk of meat”.

Great trailer end of '(dis)enchanting': the medieval fantasy of Matt Groening us casts a spell with humor and folk music

First look at '(dis)enchanting': the new series of Matt Groening already has a release date on Netflix

–
The news 20 years of ‘Futurama’: one of the best series in the history of television was originally published in Espinof by admin .