Amazon wants your ‘Stranger Things’: prepares series of ‘Paper Girls’ with the screenwriter for ‘Toy Story 4’ 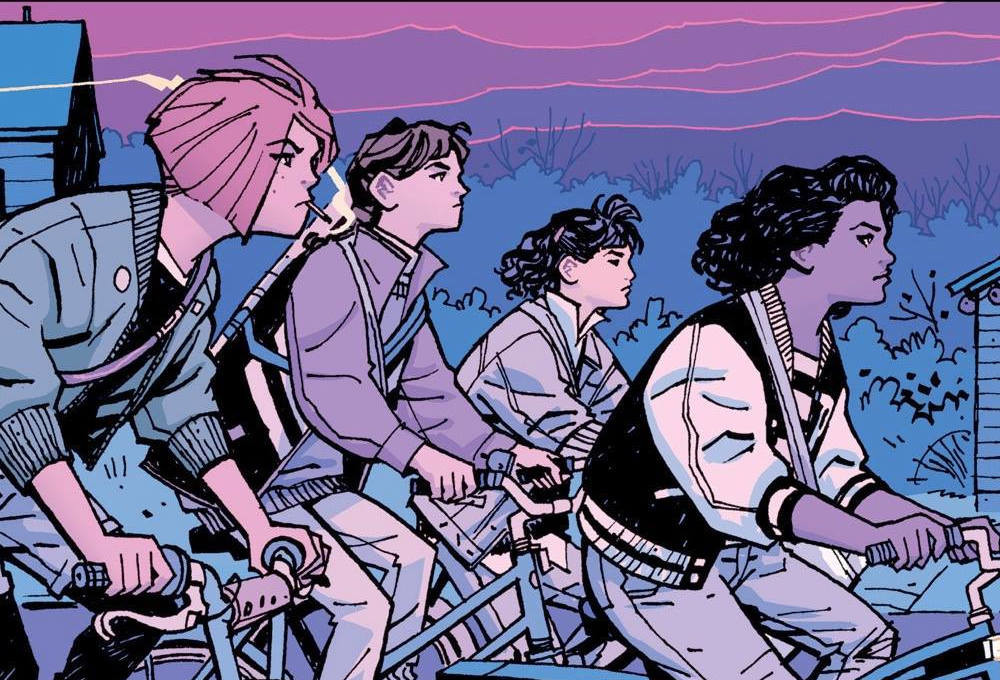 With the adaptation of ‘Y: The last man‘ in preparation despite the ongoing problems (a few weeks ago had a change of showrunner), Amazon has announced that it will adapt another one of the comics of Brian K. Vaughan: ‘Paper Girls’.

The adaptation of this comic (that is with a “series commitment”) will feature Stephanie Folsom, co-screenwriter along with Andrew Stanton of ‘Toy Story 4‘, as executive producer and creator of the series. Folsom, in addition, is already working with Amazon as an advisor on the set of ‘the Lord of The Rings’.

‘Paper Girls’ tells the story of a group of four repartidoras of newspapers of the years 80 that, on the morning following Halloween, they are attacked by a mysterious group of teenagers. Suddenly, Mac, KJ, and Tiffany are in the middle of a war of the future with time travel and iPods mysterious included.

The comic book, written by Vaughan and drawn by Cliff Chiang, is one of those delight great that come out of the mind of this author with a good aroma ‘Stranger Things‘ but without abusing of the factor of nostalgia. If, for me, has a problem with the comic is that each volume is read in a blink of an eye. Because, otherwise, it’s fantastic and I hope we make a good adaptation.

Silver Surfer will have his own movie out of the hand of the creator of 'Y: The Last Man'

The film 'Gundam' in real image it is in the hands of the screenwriter of 'Runaways' and 'Y: the last man'

'Y: The last man' will reach in 2020: the first image of the long-awaited adaptation of the comic book by Brian K. Vaughan

–
The news Amazon wants your ‘Stranger Things’: prepares series of ‘Paper Girls’ with the screenwriter for ‘Toy Story 4’ was originally published in Espinof by Albertini .