not everyone has the same needs nor uses the same budget when purchased an electronic device, so the sector the tablets Android for less than 100 euros or even lower prices continues to function as the first day.

For that price, or even a little less, can access a number of very limited devices, but with a little luck can out good and serve those core functions that do not demand too : browse websites, check email, browse videos and playing simple puzzle games.

The drawbacks are the lack of quality ends pileup broken too many times . We must be aware that in this range occur more frequently failures display, connectors, battery, speaker … So the first recommendation is to test it as much as possible is gained and return to the first change as something not going well.

Before you start you have to take into account what we are facing. It will be very difficult to find any with more than 1,024 x 600 pixels resolution, which for more than eight inches should be the minimum acceptable. We will not reach the 32GB storage if not by expansion. And no SIM, or what is the same, without 3G connectivity. As for the cameras, usually they are of low quality but we found some minimal exception.

We’ve been rummaging through the network and comparing specifications of one and the other in search of a something to call our attention without having had the opportunity to try them. For example, something as simple as offering Android 5.1 Lollipop is an achievement because most remained in some version of KitKat.

In the end we chose three models (plus a bonus), all larger and 10.1 inches because they often give more hardware, but there are smaller models evenly matched.

4 tablets Android for less than 100 euros Monta SoC AllWinner, like most cheaper models, but it is the A83T eight-core Cortex A7 2.0GHz with PowerVR SGX544MP1 GPU and not the simple A33 with Mali T-400 most of this range. It offers 1GB of DDR3 RAM and 16GB of storage.

It also comes well served by connectors because it has miniHDMI port, Bluetooth 4.0 and WiFi 802.11b / g / n, but neither 3G nor GPS connectivity. It has front and rear camera of 2.0 and 0.8 megapixels. Besides its 6000mAh battery it reaches the charge in exchange for 531 grams. Based on the SoC also A83T AllWinner, the Spanish company has assembled a somewhat more limited tablet, with only 8GB of space, no HDMI and 5.000mAh battery connector, although it goes up to 600 grams .

Its advantages over the prior are that cameras can be best for their sensors 5 megapixel rear and 2-megapixel forward, in addition to offering premium content in its promotion Big Button: Wuaki.tv, Panda Security, News Republic, Kiosko y Mas, 24s, Perpetuall. A concept different from the rest because this Swiss Mediatek tablet mounts. Its CPU is the MT8127 quad-core Cortex A7 1.3GHz, accompanied by a Mali 450MP GPU, quite old but pretty good for the time. He adds 1GB of RAM and 8GB of storage expandable to 32GB.

The downside is that it comes with Android 4.4.2 Kitkat and its website says nothing that has been subsequently updated. 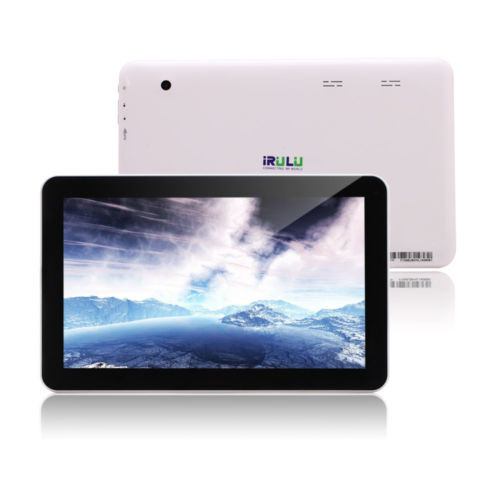 Mount a CPU SoC with quad-core 1.3GHz processor, 1GB of DDR3 RAM and 8 or 16GB of internal memory. It does not include SD card slot, and HDMI, and supports GPS. It is also heavier, almost 750 grams.

This is the most sold on Amazon but not noted for anything about the other model. Nor it has an average critical than the rest. Your only advantage? That comes as recommended on their website, but I do not seem the best option.

My experience with this type of equipment is regular. Three bought only one has gone really well; other half and half and the third with the charging port broken in two weeks and returned to the store. There is always the alternative to climb a little budget because for 50 euros more begin to appear other more interesting brands as Acer, Asus, Chuwi or Teclast.

Any better recommendation that you have tested

–
The news Android Tablets less than 100 euros with decent specs was originally published in ​​ Engadget Android by Sergio Figueroa .