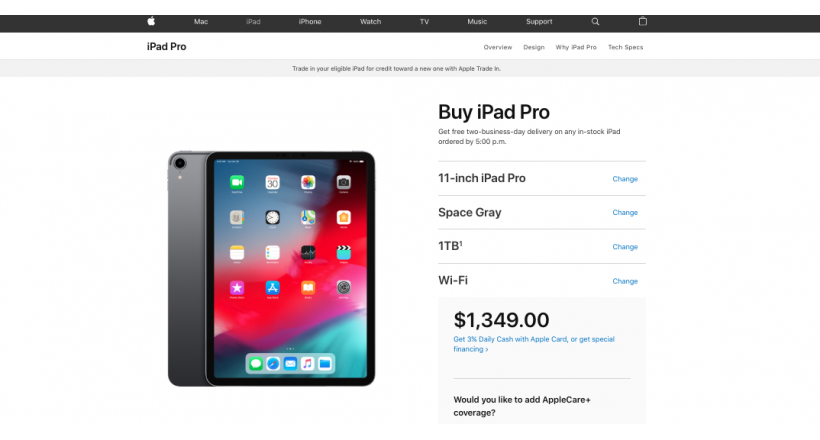 Following the new product announcements of the last week, Apple has modified the price of the iPad models Pro 11” 12.9”, lowering its cost 200 dollars in the united States.

When the prices of flash storage low-Apple, in general, moved downward to its consumers, so that has also fallen in the past prices of the options for increased storage of the Macs.

The last update of iPad Pro has been already almost a year ago, and there are several rumors that point to that could launch a new model of iPad Pro at the end of 2019.