Will solve some problems encountered by users.

CD Projekt has confirmed that works in a new update for The Witcher 3: Wild Hunt PlayStation 4 that specifically addressed some of the issues introduced with the latest patch -that exploits the advantages of the PS4 Pro-.

In the last days the users of this model of the PlayStation 4 have reported crashes after updating the game to version 1.50, which adds support for 4K resolution.

next month will launch an update for the Xbox One X.

Ten years of Geralt of Rivia

you Can know more about Geralt and The Witcher thanks to a documentary recently posted on the web page Arhn.EU, which has taken a year to record. In its duration of two hours the fans will be able to not only find anecdotes to the level of development of the game: you will also find trivia as a end that was removed for reasons that have not been specified. 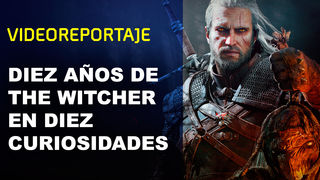 From Vandal we wanted to join the celebration of the 10 years from that came the excess of The Witcher to the world of video games. Here you will find 10 trivia about the saga of the sorcerer.