Dragon Age 4: New details of the current version and the project cancelled

Kotaku goes back to reporting about BioWare and the complicated development of their games, in this case the new Dragon Age.

Dragon Age 4: New details of the current version and the project cancelled
Kotaku goes back to reporting about BioWare and the complicated development of their games, in this case the new Dra...

Jason Schreir already spoke of Dragon Age 4 in its comprehensive article on the complicated development of Anthem, but on this occasion Kotaku has published a text-only focused on this project from BioWare, officially confirmed last December at The Game Awards.

“why more than four years after Dragon Age: Inquisition Dragon Age 4 is in such an early stage of development? The answer is complicated, and reflects the turbulence of BioWare in the last decade“, begins by explaining the text.

In this time Dragon Age has gone through several reboots and the current is in charge of the offices of Edmonton, in Canada. “The story of this reboot is not just the story of a game going through multiple versions, as many other games. review of Dragon Age 4 is a sign of the problems BioWare, and how the company has suffered in recent years when working on multiple projects at once.”

“Is indicative of the tensions between the financial objectives of EA and what they like to the fans of the Bioware games. Has led to the departure of several veterans key including the creative director Mike Laidlaw, and that leads us to the Dragon Age 4 current, whose developers are hoping that is in the line between the narrative and the live service that EA has driven both in the last few years”.

“what is Perhaps most sad about the cancellation of Dragon Age 4 in 2017 is that the members of the team at that time thought that what would do well. They had the tools set. Had an ambition realistic. Ideas thrilling to all the team and leaders who claimed to be committed to avoid the mistakes of Inquisition. But Anthem needed help and BioWare wanted everyone to cast him a hand.”

After the end of the expansion Trespasser in 2015, the team of Dragon Age is divided. Became part of the problematic Mass Effect: Andromeda, while a few dozen including Darrah and Laidlaw were new Dragon Age, with name key Joplin.

The intent was to avoid the problems of Inquisition, for which they were equipped with the tools that they hoped to continue to improve in the new project. Tested prototypes from the start, rather than wait until everything was in place. Wanted to have clear vision and to document the process for the new members to start working quickly.

One of the sources who worked on Joplin says, “we were working on something very cool, a game very reactive, the small-scale Inquisition but with more choices and depth“. Controlarías a group of spies in the Empire of Tevinter, with small areas and fewer missions run. Even there would be mechanical in the narrative that would allow actions such as convince or blackmail guards without the writers prepare each scene. It was “very ambitious and early, and there was no doubt that it would change drastically once enters in production, but team members said they were excited about the possibilities.”

After finishing Mass Effect: Andromeda, the members of the team of Dragon Age returned to Joplin, but EA was interested in to convert their games into services, something where Dragon Age did not fit well.

in mid-2017 Anthem began to show problems and after the arrival of Casey Hudson as the new director general of BioWare decided to cancel the Joplin to bring a large part of the team to Anthem.

A small team would be working on a new prototype of Dragon Age 4 called Morrison, you would use the tools and code of Anthem. Is the current game, and unlike Joplin, is designed with an element of service to get income and broaden their gameplay in time. Shortly after the creative director Mike Laidlaw would leave BioWare and would be replaced by Matt Goldman, art director of Inquisition.

Kotaku can’t give many details of the current Dragon Age 4 because it is in an early stage. Some rumors mentioned that it would be “Anthem with the dragons,” but the employees does not go very far. “The idea was that Anthem is the online game and Dragon Age and Mass Effect, though they may experiment with aspects online, is not what I define as sagas”.

“If it becomes an online game, which is what it seems, it would be surprising that you couldn’t play most of it in solitary. A person close to the game told me this week that the main story of Morrison would be designed for a player and that the purpose of the elements of the multiplayer would be to keep the people hooked to the content after the launch“.

Some of the ideas for the multiplayer include the ability to control the co-controlled by multiple players or missions that were to change not by the decisions of the user, but of the entire community. “Maybe in two or three years, Morrison is completely different,” says Schreir.

One of the sources says, “there are many questions without answer. In addition I know that will change as often as five times in the next two years.” 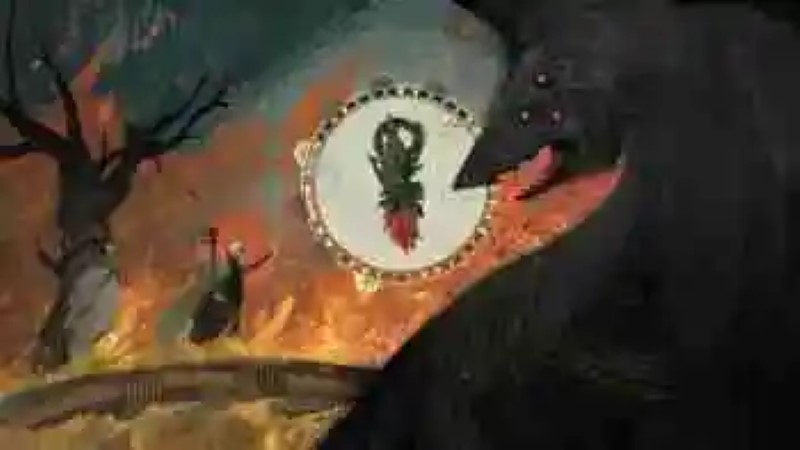 Google phone reaches all phones with Android 6.0 Marshmallow
The application Phone Google is no longer exclusive to the Nexus, Andr...
Readiy，Feedly的独家客户端在Windows 8和RT
现在，它已经有一段时间，因为我关闭谷歌阅读器，我们已经习惯了Feedly的RSS阅读器，许多人（包括我自己）我们已经出口我们的饲料，开始出现更多的...
What’s new Android: we reviewed the background of the great changes of the notifications
With each release of a new version of Android your system of notification...
So you can convert your face into an emoji and use it in WhatsApp
Since the month of October, the fever of the ‘Memoji’ has invaded all the ...
Bibliography ►
Phoneia.com (April 9, 2019). Dragon Age 4: New details of the current version and the project cancelled. Recovered from https://phoneia.com/en/dragon-age-4-new-details-of-the-current-version-and-the-project-cancelled/

This article was published by Phoneia, originally published in English and titled "Dragon Age 4: New details of the current version and the project cancelled", along with 18989 other articles. It is an honor for me to have you visit me and read my other writings.
◄ How to import the reminders from Google Calendar to Google Tasks
Netflix is preparing a crossover of ‘Alice in wonderland’ and ‘The wizard of Oz’ in a movie of “epic fantasy” ►