‘Dragon Ball Z’, real-image three versions made by fans that will blow your head 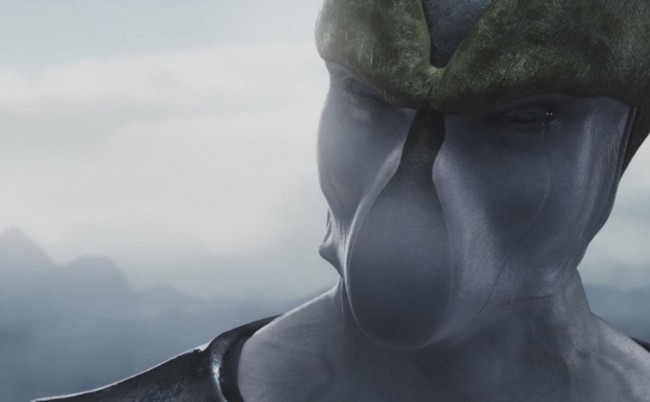 2015 being a good year for those who would like to see new adventures of ‘Dragon Ball’, since a few months ago returned to television with la disappointing ‘ Dragon Ball Super ‘ and has also been the year of the premiere of the highly entertaining film ‘ Dragon Ball Z: The Resurrection of F .’, but none of them has come to satisfy all lovers of a mythical work

Where has itself been greater unanimity when assessing a number of accommodations in actual image taken by fans over the years our heads flew by his unexpected quality . One is ‘ Dragon Ball Z: The Fall of Men ‘, a short film that has been much discussed in recent days, but there is also room for other two very worthwhile and perhaps even you’ve not seen

The last major sensation as it appeared a few days ago and has already exceeded seven million views on YouTube. Spectacular is the best word to describe this film that re-tell the story of Trunks facing the dreaded cell -and somewhat wearily. Yes, it is a darker vision of the original , but without thereby never betray the spirit of Akira Toriyama’s work and offers a breathtaking battle that leaves you wanting more.

If you ask me to me, I would say that the saga in which Goku and company have to face Vegeta and Nappa is probably the best of all ‘ Dragon Ball Z’. Therefore, the idea of ​​seeing a real picture adaptation good ‘sounds pretty good and above have the trailer for A project launched three years ago, but this week will bring new because its leaders have confirmed the launch of a new scene este next Wednesday.

The idea is to serve as a starting point for the crowdfunding with which aim to create an ambitious first episode of 22 minutes duration, which if the expected success, would lead to five to complete a very promising adaptation if we consider the video above

More than 20 million views on YouTube endorse the first episode of this adaptation of the television special ‘Dragon Ball Z: A different future – Gohan and Trunks’ in which many of our most beloved heroes have lost life and only Gohan and Trunks can neutralize the terrible threat posed by the arrival of the androids C-17 and C-18.

It is still unknown when we can see how it goes, but several months ago because their completed a successful crowdfunding campaign and and confirmed that see at least a second and a third episode -the initial idea was that they were only three chapters, but we’ll see if the project beyond-just not going. For now have to settle for knowing that are already rolling them and always’d better take it easy and do well to avoid becoming a kind ‘Dragonball Evolution’ catastrophe.

‘Dragon Ball Super’, and begin and end the new adventures of Goku

–
News ‘Dragon Ball Z’, real-image three versions made by fans that will blow your head was originally published in Go Tele by Mikel Zorrilla .

Download Nulled WordPress Themes
Download WordPress Themes
Download Premium WordPress Themes Free
Download Premium WordPress Themes Free
free online course
download samsung firmware
Download Best WordPress Themes Free Download
online free course
‘Dragon Ball Z’, real-image three versions made by fans that will blow your head
PaperFold, foldable smartphone with 3 e-ink screen
Remember the Yotaphone A dual-screen smartphone in which one of t...
MIUI 11 will pass the screen of your Xiaomi to white and black to save battery
Little by little we are knowing more details on the future version of...
The Xiaomi Redmi Note 5 begins to receive the stable version of Android 9 Foot, first in China
After that some of their models will begin to receive Android 9 Foot, X...
Rare’s next game will be ‘Very Rare’
So says Phil Spencer, who may have tried it. Rare's next game will be "ve...