Is known to work on Borderlands: Game of the Year Edition.

Gearbox Software has scheduled a talk on the 28th of march at PAX East 2019 where it will be announced “the latest news and updates” of the company, including “revelations never-before-seen, exclusive and surprises”.

As a minimum, is expected to present officially Borderlands: Game of the Year Edition, a remastered of the first Borderlands that has appeared in records of age ratings. Borderlands is the only game in the series that is not available in the current consoles and it seems a logical strategy for the expected Borderlands 3, which is believed to that would come this fiscal year.

The other of the ads could be the own Borderlands 3. It is not a secret: as from 2015 the company has contracted for a new Borderlands, and in 2017 we could see technical demonstrations from the graphic style that I was looking for, but has not yet been presented in an official way.

The last clue on a release next of Borderlands 3 let it fall Take-Two, who says that there is a mysterious video game without announcing and that is part of one of its “main series” catalog. The game will come before march 31, 2020, that is to say, before the end of the next fiscal year of the company. It is believed that it is this sequel of Borderlands. 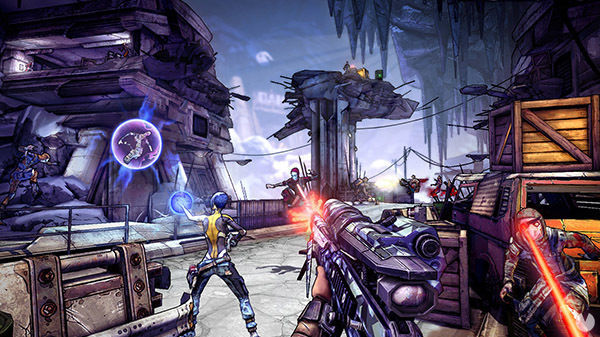