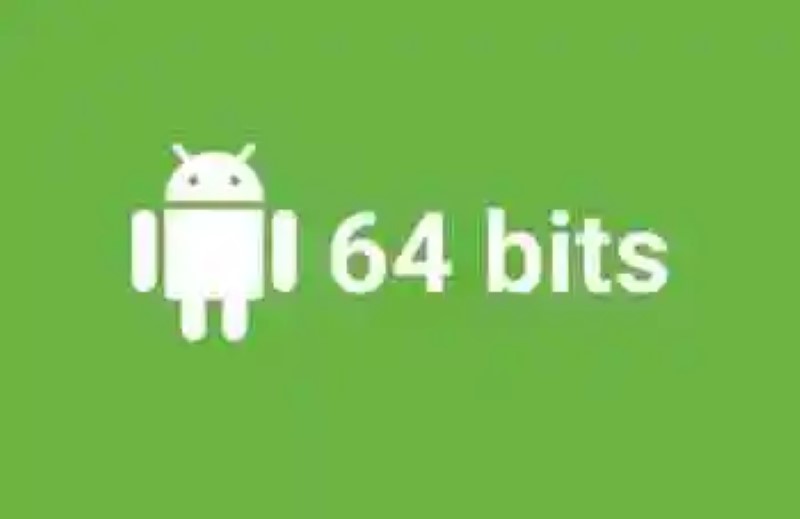 Already warned us about Google in December of 2017. From this year the developers should launch their applications on 64-bit (in addition to the 32-bit version) if you want to be in Google Play, and today, the company has given the timing of this transition which will end in 2021.

Google put time limits to force developers to launch versions of 64-bit applications and games, as four years after the launch of Android 5.0 Lollipop and its compatibility with the 64-bit, not all the developers releasing versions that can squeeze the power of the new processors. An application in 64-bit goes more fast a application in 32-bit.

The deadlines for the transition to 64-bit from Google Play 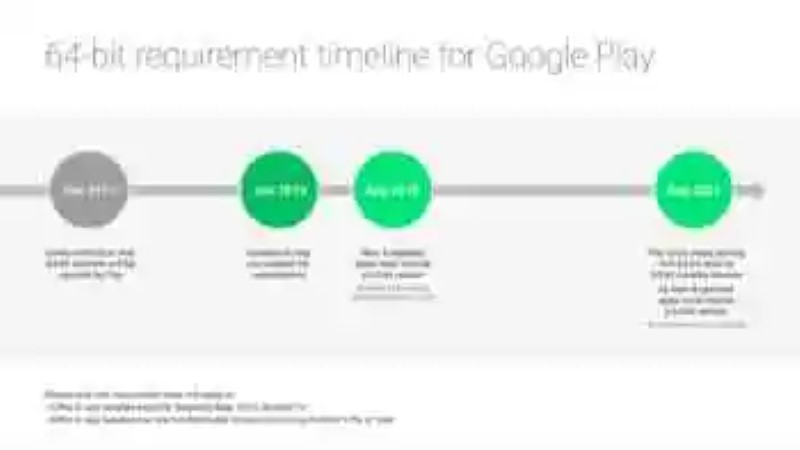 as of August 1, 2019: All new applications and updates of native code should provide 64-bit versions in addition to the 32-bit versions to be published on Google Play. As an exception, Google will accept updates only 32-bit for existing games that use Unity 5.6 or higher until August 2021.

from 1 August 2021: The 64-bit device will no longer be able to download apps without 64-bit versions. Can’t download older applications in 32-bit. This also includes games with Unity 5.6 or higher.

This last requirement is not apply to applications for Wear and Android TV, which currently do not support 64-bit code. Even the applications that are not compatible with Android 9 Foot or higher. That is to say, that Android devices 8 Oreo or older versions can continue downloading 32-bit applications, although for 2021 will not be the versions most commonly used.

Google reminds developers that they are not making policy changes to support 32-bit. The developers can continue launching applications for 32-bit devices. The only novelty is that now if you launch applications with native code 32-bit should also launch the 64-bit version.

–
The news Google describes the timelines of the requirement of 64-bit for Android applications was originally published in Xataka Android by Cosmos .

◄ Netflix renews ‘Grace and Frankie’: there will be a sixth season of the series with Lily Tomlin and Jane Fonda
Ubisoft would have cancelled Pioneer, a project not officially announced ►