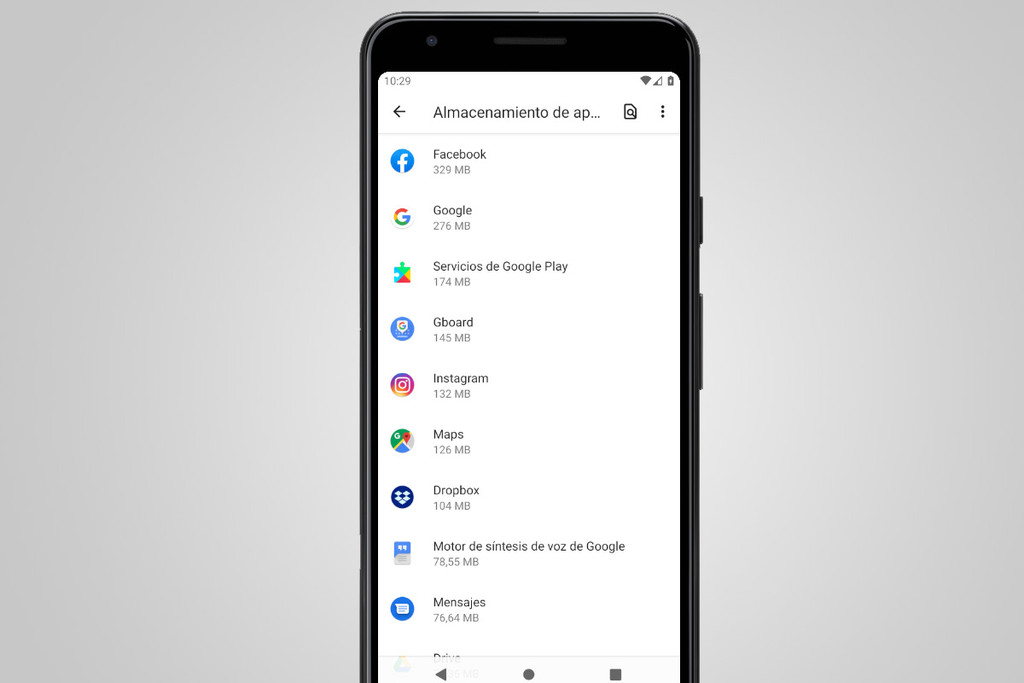 when make cleaning a Android mobile, remove the applications that unless you use is one of the most effective measures, because some of them can be eaten hundreds of megs or even gigs. Another technique is to search the applications that have occupied and eliminate them or find lighter alternatives.

If you want to know what applications are occupying the most space on your mobile Android, there are primarily two ways to do this: from Google Play and from the System settings. In both cases, is a bit hidden.

One of the easiest ways to know what applications take up the most space is from the Google store, always and when you know where to look. To do this, you need to enter in the section My applications and games, which is accessible from the side panel and the place from where you can check the application updates available.

Already in this section, go to the tab Installed and you’ll see a list with all installed applications. Shown below each one the space they occupy, while it is more that touches on the menu to change the order, by choosing sort by size. 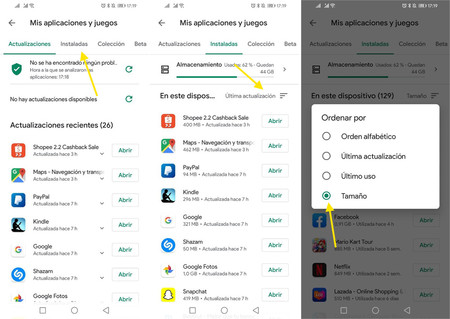 From the Android settings

If you want a more complete listing and that includes all applications, whether they have been installed from the Google Play store as if you do not, you can get it from the system itself. This menu is a great change of place from one version of Android and from one layer to another, but in the latest Android is in the menu Storage of the settings, and playing after in the bar that shows the storage used. 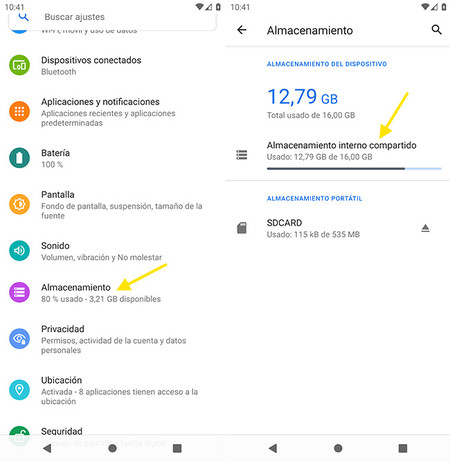 This screen will show you a summary of what is spent on the storage of your device, and can obtain more information at the respect touching in any category. Tap, therefore, in Other applications to see the list of all installed applications, sorted by the space they occupy in storage. 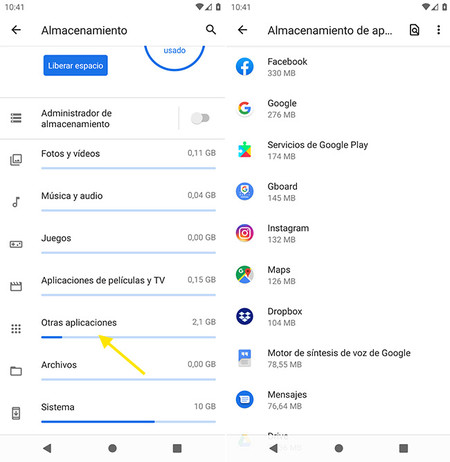 by default, the list includes only those apps that you have installed, but you can use the menu to display the system applications. Keep in mind that these applications of the system are saved on a separate partition and delete them, in addition to being difficult to require root, does not release the space used by the user.

Now that you know what applications take up the most space, you have to decide what to do with them. In some cases, you can replace them for versions Lite or light choices, while in other cases maybe you are more interested in wiping them off or adjust your options so that you use less storage, when possible.

–
The news How to know what applications take up the most space in Android was originally published in Xataka Android by Ivan Ramirez .

How to know what applications take up the most space in Android
Source: english
January 29, 2020