They offer skins of the prequels and terrifying atmospheres.
Minecraft , successful Mojang game will feature new and different thematic packs available from today, focusing on the holiday of Halloween and Star Wars .
The extension package will include 43 different aspects Halloween Frankenstein -from a witch, going through a monster, vampire, a crazy doctor or Mr. Hyde- a new pack of textures chord and a gloomy horror music composed for the occasion . It will also provide a world designed from scratch, with elements of the party. The pack of Halloween, called Halloween Mashup is available 3.99 ?? .
Turn, you will receive the third package Star Wars , which includes new aspects based on the prequels to the galactic saga directed by George Lucas. Thus, we find the young Jedi Knight Anakin Skywalker, Obi Wan, Jango Fett, Darth Maul or Padme as well as the many enemies and allies of the new trilogy. The pack includes more than 50 aspects of Star Wars: The Phantom Menace, Star Wars: Attack of the Clones and Star Wars: Revenge of the Sith . The expansion content will be priced at 2.99 ?? .
Can consult a complete and detailed list of both packs in the official PlayStation blog .
Then we leave a number of images of both DLC and downloadable trailer for thematic block . Halloween
Video 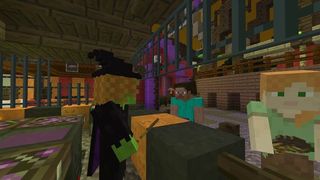