Samsung Galaxy 2 TV, a smartphone with an antenna to watch TV 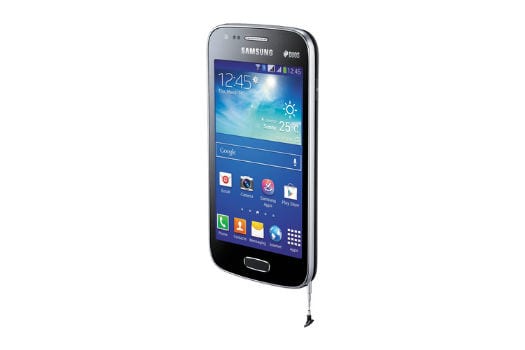 seems that Samsung guys want to take the next World Cup in Brazil, which is held in 2014, to get a piece. Or we can suppose after knowing the Samsung Galaxy S2 TV , a device that noted for its television receiver.

This model, which in little resemblance to Samsung Galaxy S2 , have a retractable ntena with support for the broadcast standard ISDB-T, which will allow watching television live on your screen of 4 inches. Yes, the specifications are rather limitaditas.

To start the screen resolution is 800 × 480 , something right in my opinion. His heart is formed by a dual-core processor 1GHz power, in addition to a 5 megapixel camera and 4GB of storage, expandable through microSD cards.

As for a version of Android, Android 4.2.2 will in charge of running this new toy from Samsung, which will support Dual SIM and a 1500mAh battery. Why I said earlier that Samsung will take advantage of the next World Cup in Brazil? Because the Samsung Galaxy S2 TV will be available only in Brazil, but still do not know the official price.