“The divas have always seemed interesting, they have some tragic”. Carlos Vermut, director of ‘Who will sing’ 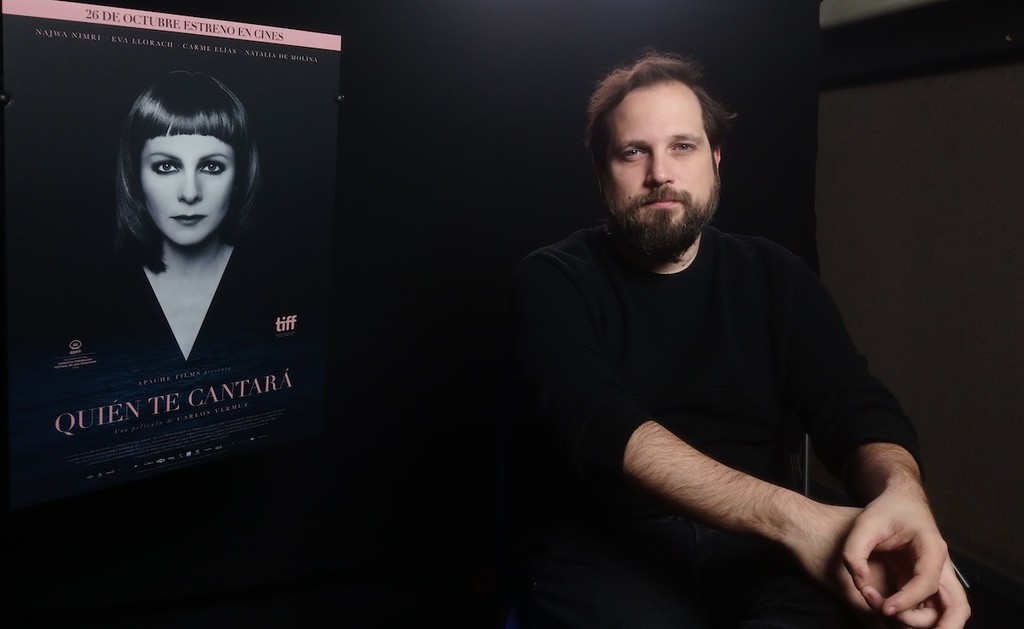 it Is one of the directors most personal and unclassifiable of our cinema. is With just three films under his belt has been delimited to the perfection of a universe that is recognizable, “vermutiano”, in which the melancholy, femininity, pop culture and death are hand in hand in stories unique. We sat down with the filmmaker in madrid for us to talk of ‘Who will sing’, perhaps your film more accessible to date, and what has inspired him to tell this story.

How did the idea of ‘Who are you going to sing’?

it Is an idea that I had long ago, making a movie of ghosts, since I ended up with ‘Magical Girl’. It was a genre that I wanted to do, so I started to write. But as I was writing, I was realizing that, as I’m so rational, I myself do not believe half of the things that I would propose, do not understand. Trying to justify why some ghosts possess to some people, others don’t, and then I crashed. And it was becoming a movie more dramatic, which speaks of the identity but not from the point of view paranormal. Then it was the theme music, which helped me to structure it, with the whole theme of the diva.

Yes, the music and the atmosphere help to give a dimension of fantastic. And also that, in the film appear elements of fantasy or more psychological.

do You plan to approach in future genera are more strictly related with the fantastic?

I really want to make something of terror, in fact the project that I am now has a lot of genre. But it is true that there are certain elements of the supernatural that I find it hard to enter. For example, I recently saw ‘Hereditary’, it is a movie that I love, and that everything supernatural is explained. Things do not happen because yes, but that the people cause it to us voluntarily. And I always am wondering: why is this happening? Why do some ghosts do and others don’t? is The horror film I’m interested in a lot, not only as a starting point but as a genre in itself, but in the case of ‘Who will sing’ I ended up trying more a more realistic option.

The songs have a very important role in the film. How does the musical component in ‘Who are you going to sing’?

I Think that was with Henry Lavigne, producer of the film, when I was thinking what could be so special about the woman protagonist.

The music led me to the idea of the diva, and this to the idea of fame and, with it, the search for identity. The divas have always seemed interesting, they have some tragic and sad, and I was inspired by many of them to give form to the characters. I researched the lives of people like Mina Mazzini, or Dalida, who became a movie recently, or Edith Piaf. Even Chiaki Naomi and Barbara, who was French. All of that came to half of preparing the script, when we were thinking of what you could devote this woman is, what it does, how it can reveal your identity.

do Any of these divas had a direct impact on the construction of Lila Cassen?

Yes, Chiaki Naomi, a diva japanese that she stopped singing one day to another because her husband died of cancer. In the phase of writing arrived even to consider adapting their songs, but then I discarded it because I preferred to go in another direction with Najwa. In general all of the universe has inspired me a lot.

what And how it flows the process of choice and the incorporation of songs into the script? Because there are some that are original, other versions…

I was clear that depending on which actress you choose, the type of music is going to change, we were going to have to adapt it to the personality of the actress. In the case of Najwa, I found it interesting to confront it to your own music and your own usual style. Emerged as a challenge for the self-Najwa. 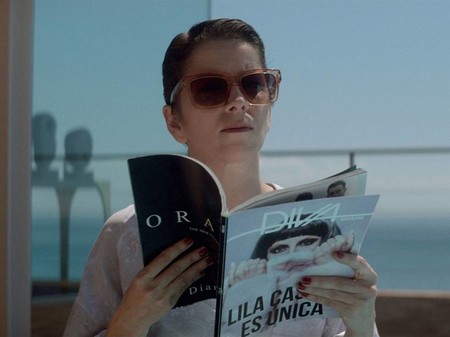 it Is a cliché to say that you make films where women play an essential role, but you have declared on many occasions that it is not necessarily something sought after, but you adapt to the needs of the story. What has also been so on this occasion, where the men are almost absent at all?

of Course, in this case, the story is born of a female character around which it orbits around, the ghost then becomes a diva, and with your imitator as the project becomes a film of women. It is not something that you look for intentionally, but on this occasion they have sprung up all over as a series of additional characters around the diva initial.

among the topics that the film is about, one of the most remarkable is that of the two women who confused and entrecuzan their identities, although not treat him the way that perhaps it would be predictable. What was your main intention to talk about it?

The film talks about fame, about an identity that a woman is given and if you can identify with it when it is imposed, and on what it means to the identity itself, if it is something innate or something that we are learning. In fact, there is a dialogue on that topic in the film. What we are the product of a number of things that we imitate in our life, can happen that we lose awareness of our identity and someone we have to show who we are? That idea, of someone to teach you how to be yourself, is the one that I looked more attractive and subrayable once the movie was armed, and the more I wanted to talk about.

death is another theme that has an important constant in your film. How have you approached this time to the topic?

Without revealing anything of the movie, this time it was an important element because I had something of a renaissance, as the beginning of something new. Structurally the film also works as well: to focus on the transformation.

Trailer for 'Who are you going to sing': Najwa Nimri is a singer amnesic in the new Carlos Vermut

Najwa Nimri, Carme Elías and Natalia de Molina will be in 'Who are you going to sing' Carlos Vermut

–
The news “The divas have always seemed interesting, they have some tragic”. Carlos Vermut, director of ‘Who will sing’ was originally published in Espinof by John Tones .

Download WordPress Themes
Download WordPress Themes
Download Best WordPress Themes Free Download
Premium WordPress Themes Download
download udemy paid course for free
download lava firmware
Download WordPress Themes
download udemy paid course for free
“The divas have always seemed interesting, they have some tragic”. Carlos Vermut, director of ‘Who will sing’
China will receive Donkey Kong Country Returns for Nvidia Shield
Will be the next game Nintendo the fruit of his collaboration with Nvidia ...
China begins the development of the 6G and Europe, what does Europe?
The Ministry of Science and Technology of China announced the establishmen...
Symphonical, interesting tool to organize collaborative tasks
We have many options on the web that allow us to coordinate tasks, and ...
‘Avengers: Infinity War’ destroys at the box office and achieved the record for the highest opening in history
Thanos is satisfied. It met forecasts on 'Avengers: Infinity War' ('Aveng...

phoneia.com (October 26, 2018). “The divas have always seemed interesting, they have some tragic”. Carlos Vermut, director of ‘Who will sing’. Bogotá: E-Cultura Group. Recovered from https://phoneia.com/en/the-divas-have-always-seemed-interesting-they-have-some-tragic-carlos-vermut-director-of-who-will-sing/