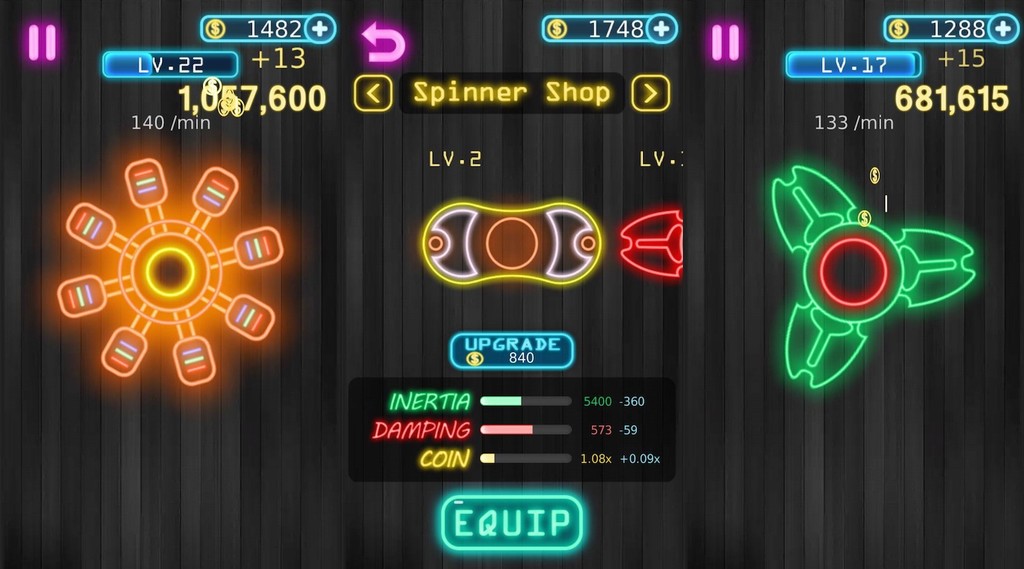 The Fidget Spinner is that simple gadget that has become fashionable among the younger. Consists in making it spin until get bored and can keep like that for a long time thanks to the design of several arms that holds the bearing.

As usual, all these fashions are transferred then to the mobile devices. Since last few months we have the Android app store full of games Fidget Spinner, titles very simple and full of ads and whose only mechanic is to rotate the virtual disk with the finger.

we did Not think it was going to get you so far but among all these games, we must highlight the Fidget Spinner of Words Mobile, the most recommended by fans of this gadget and that has managed to rise to the top of the Play Store.

The graphics of this game are eye-catching and colorful, with a lot of effects that do not have other games and a good collection of spinners different that will be the perfect bait for the user to keep turning and spinning his. 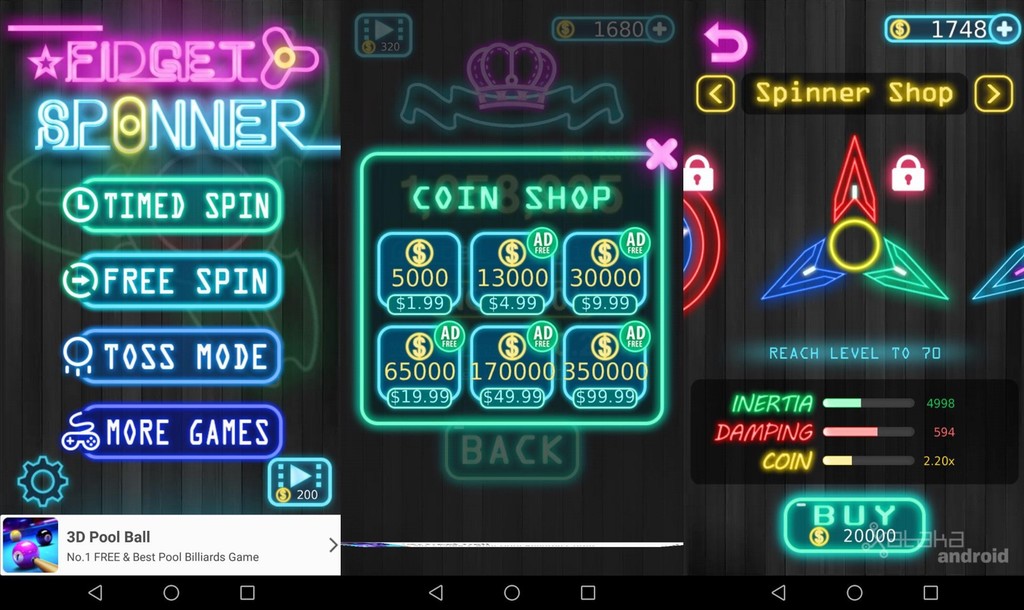 is Not compatible with the accelerometer so that those who have enjoyed the gadget original will be somewhat disappointed. On the other hand, does have this little habit of rolling the spinner. I’ve been testing the game, leveling up and unlocking new gadgets (some of them with designs very handsome) and I can tell you that it is quite easy to get them. Simply reward the turn for a longer time.

With game coins or purchasing integrated we will be able to get new coins to unlock before the best spinners.

is Already the # 1 in the top Android games

When searching Fidget Spinner on Google Play will appear hundreds of applications are the same. Literally. With so much on offer we would not know which one to choose but users have agreed to raise the game of Words, Words Mobile as the best Fidget Spinner in Android, with more than ten million downloads and rising.

Such is his popularity that has risen up as # 1 in the Top of most popular games on Android, a position which in its day got games such as Pokémon GO, Pou, or Clash Royale. An indication that it does not leave place to doubts of the good health of this phenomenon.

If we’re going to the top of best applications we find the Fidget Spinner in fourth position, just behind the three giants, such as WhatsApp, Instagram and FB Messenger.

When we don’t have a Fidget Spinner to hand and have that need to relieve stress turning… that ye may know that we can always count on the mobile to have a virtual one. It is not the same, but seems to have so much pull as you see them everywhere.

In Xataka Android | The 13 best puzzles games for Android

–
The news The Fidget Spinner is already the game Android most popular of the moment was originally published in Xataka Android by Enrique Perez .

The Fidget Spinner is already the game Android most popular of the moment
Source: english
June 7, 2017