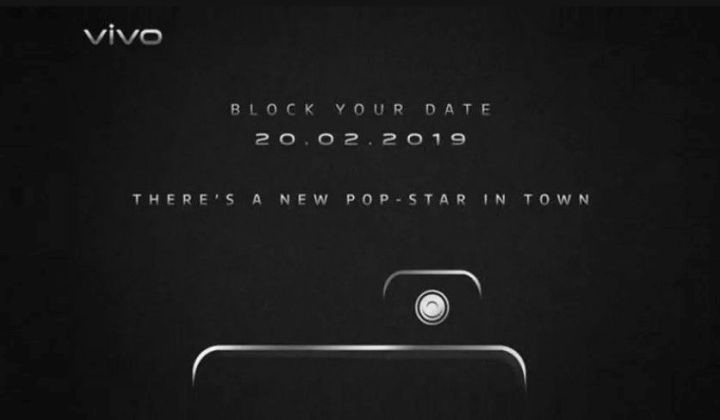 a few days Ago Live show in China the Live APEX 2019 confirming the leaks that led up to a phone with no ports or buttons. But that model was not the only one who has been talking about lately: the company is scheduled to hold an event the next day 20 to meet with the successors of the Live V11, launched just five months ago.

As they point to the rumors, in that event see the light of the Living new V15 Pro (in addition to the V15), a terminal of which is known to almost all of its features. One of the most prominent, the camera is retractable, has already been confirmed in the invitation that you sent Live to the media, while the triple chamber rear has left to see in an image that has been published 91mobiles.

With fingerprint reader under the screen 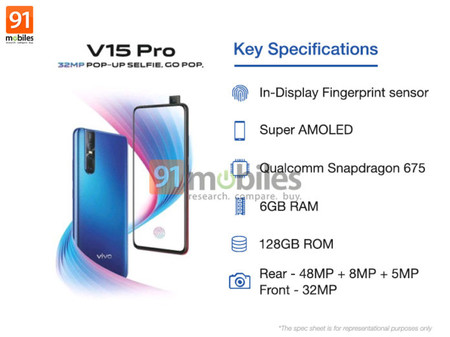 thanks to a unique 91mobiles, we know already the majority of benefits of the Live V15 Pro. By the looks of it, the source is an employee of the company who wishes to remain anonymous, and who claims that the V15 Pro will look like a Super AMOLED with a fingerprint reader integrated in it, as we have already seen in other models of the brand.

Snapdragon 670 vs Snapdragon 675: step forward looking for the ‘gaming’ and the cameras triple

That same exclusive ensures that it will be one of the first smartphones with the Snapdragon processor 675 Qualcomm (which was introduced in October), accompanied by a GPU Adreno 612, 6GB of RAM and 128GB of storage.

32 megapixels for front and 48 for back 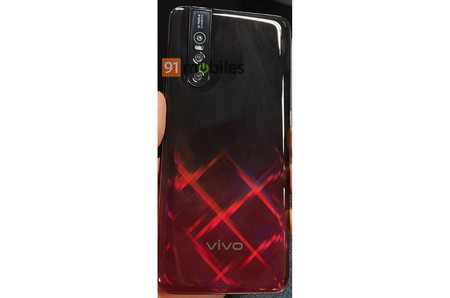 In the section of photography, and always bearing in mind that these are leaks not confirmed officially,

we have a triple rear camera that will include sensor ISOCELL GM1 48-megapixel from Samsung, with the other two sensors 8 and 5 megapixels. The theory of this triple camera has cobrazo force with the image of the phone that you just filtered out and that you can see just before this paragraph.

Mobile camera 48 megapixel, why is becoming the war of the resolution?

In regards to the front camera, everything points to that will offer a resolution of 32 megapixels and will be of type retractable. This last feature, as we say, yes that has been confirmed in the invitation to the event that has sent Live. What don’t we know for sure is if it will include the famous 3D sensor TOF Living for the facial recognition.

91mobiles has also overtaken the Live V15 Pro will be available for pre-booking in India from the 15th of February, with a price tag of Rs 24,999, which is equivalent to about 305 euros to change.

–
The news The next flagship of Live filtering camera: front retractable and triple rear camera 48 megapixel was originally published in Xataka Android by Laura Sexton .