There will be Disney Infinity 4.0 this year

There will be no fourth installment, but Disney will bring new play-sets and figures to coincide with the release of all his films in 2016

Disney Infinity 3.0: Play Without Limits t HREE delivery of a saga in which players can create and enjoy virtual worlds and characters from the Disney factory , as its sagas animation, Marvel or Star Wars , playing with his dolls and figures homologous plastic , giving free rein to our imagination. The game is now available for several platforms, including PlayStation 3 and 4, PC, Xbox 360 and Xbox One, and Wii U
Video. 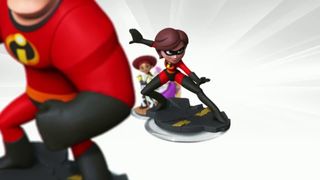